Fans Crown ‘Everything Everywhere All at Once’ A24’s Best Ever 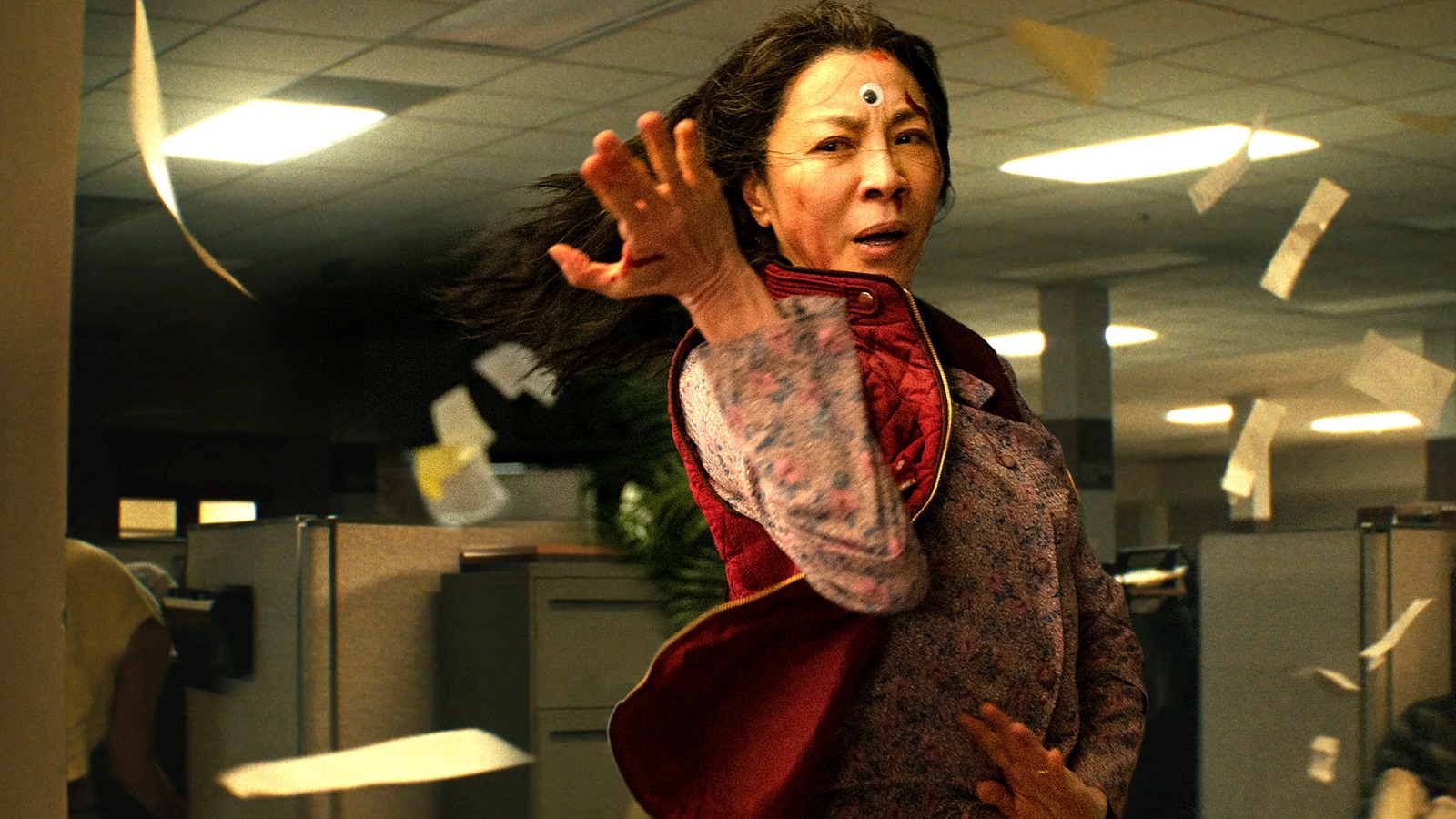 The fans have spoken, and Everything Everywhere All at Once has been crowned A24’s all-time best, at least according to Rotten Tomatoes.

The film stars Michelle Yeoh as Evelyn Wang, who runs a laundromat with her husband, Waymond. The business is struggling to make ends meet when the IRS comes calling for an audit, and things get worse when Waymond files for divorce. Then the extraordinary happens when she meets Alpha Waymond, a version of her husband from an alternate dimension. From there, things get weird as Evelyn gets a crash course in the Multiverse with a plot that would make Marvel Studios proud.

Weird is what A24 does best, and the studio has become synonymous with odd, quirky, and oftentimes unsettling films of the past decade. In the process, A24 has gained an ever-widening fan base and heaps of critical praise. Recently, Rotten Tomatoes asked fans to vote on 64 of the studios’ most popular films, which made for some tough choices.

Broken into a tournament-style bracket, RT users chose their favorites among the matchups, eventually leading to Everything Everywhere taking home the top prize. In the first round, the film was pitted against 2019’s Waves. After moving on from that win, Everything Everywhere dispatched The Last Black Man in San Francisco followed by The Florida Project.

In the quarter finals, Everything Everywhere was up against the critically acclaimed Lady Bird. That led to arguably the movie’s stiffest competition in the hit Viking-inspired, cult horror film, Midsommar. Afterwards, it was on to the finals where another popular horror film, Hereditary, awaited.

In the end, Everything Everywhere brought home the virtual gold, defeating Hereditary by a final tally of 59 percent to 41 percent.