Family of Robert Crimo’s only pal in shock over rampage 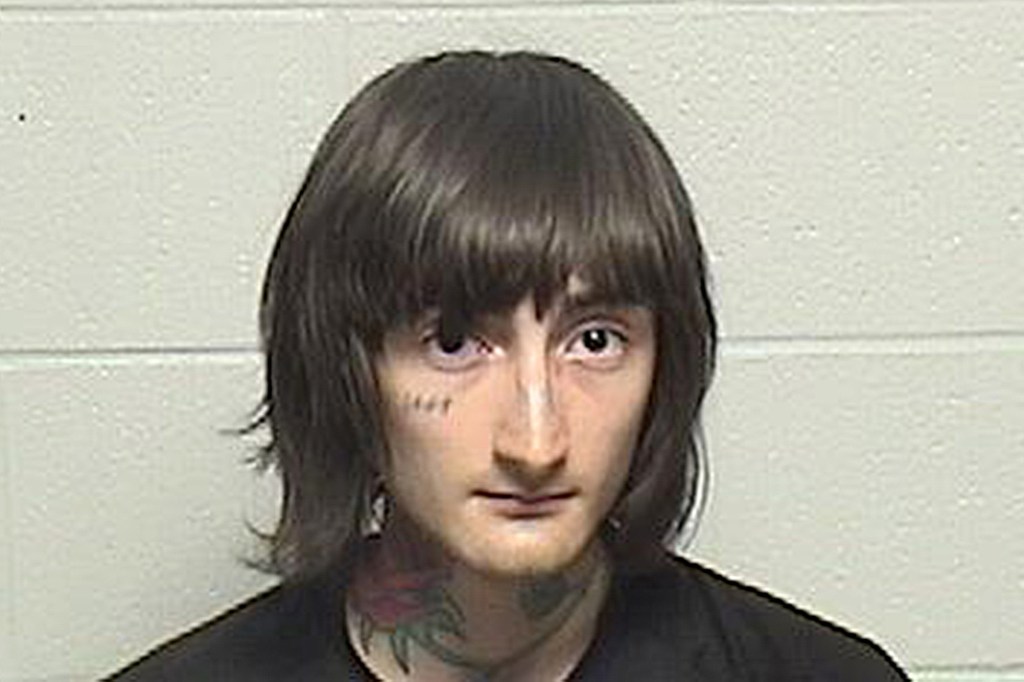 Relatives of the accused Highland Park Fourth of July gunman’s only friend said they are struggling to process how the once “happy kid” slaughtered seven people from a rooftop with a high-powered rifle.

Michelle Rebollar told The Daily Beast that Robert Crimo III, 21, spoke at her son Anthony LaPorte’s funeral in August 2017, telling other mourners about how he was one of the only people he could trust.

“My name is Bobby, and Anthony was the person I would call when I couldn’t sleep and he would always reply,” Crimo said in a video at the memorial service.

“And he was always free to hang out and whenever I was with him, it felt like I wasn’t alone anymore, like I had somebody there, like, that was actually there,” Crimo continued.

Crimo went on to say that he “really did” love Anthony, telling fellow mourners he was a “really good friend,” The Daily Beast reported.

Rebollar said she is now trying to piece together how the teen who once spent time with her sons is accused of gunning down innocent parade-goers, including some people she knew.

She didn’t want to initially talk about Crimo, but she also doesn’t want her late son’s name to be sullied by any connection to the accused mass murderer, the outlet reported.

“It broke my heart that my son, who was the most gentle spirit in the world, who would have carried a bug out of the house rather than kill it … that somehow he would be connected in some way, shape or form [to Crimo] just is horrific,” Rebollar told the outlet.

Anthony LaPorte “probably loved” Crimo and likely “did whatever he could” to help him, Rebollar added.

Rebollar said she has come to realize her son attracted loners and outcasts.

“That was the kind of person Anthony was, so a lot of people might have considered Anthony one of their true only friends,” she said. “I’m sure that Bobby had some very deep moments with Anthony. Because everybody did.”

Crimo stopped spending time with Rebollar’s family after her son died of a drug overdose, but he spent many hours with Anthony and his brothers when they were young at a local skate park, she said.

Anthony’s brother, Andres Christopher Lopez, said his group of friends included Crimo at one point, adding that they spent a lot of time skateboarding outside a local Dairy Queen.

“He was just the quiet one,” Lopez told the outlet. “Maybe the nerdy one. But never was he anything but a happy kid.”

Hearing what Crimo is now accused of “just blows” Lopez’s mind, he said.

An Illinois judge ordered him to be held without bail during his initial court appearance Wednesday. If convicted, he faces a mandatory life prison sentence without the possibility of parole.

Authorities said he has confessed to the massacre and even contemplated a second attack.

As a single mother raising four children, Rebollar said her family didn’t have many luxuries and that Crimo seemed to hang out with teens who weren’t wealthy or privileged.

“How can you even have any kind of empathy for Bobby?” she asked. “You think about all the victims and how can you even feel bad? I don’t feel bad for his future. I think he’ll get what he deserves.”

Former high school classmates of Crimo, meanwhile, said he was disruptive and regularly tried to promote his rap music.

“There were a lot of red flags with him,” one former Highland Park High School classmate said. “I told my teacher I didn’t want to sit next to him. He really scared me.”

Another classmate said Crimo appeared to have “behavioral red flags,” although nothing that indicated he would carry out a mass shooting.

“But kind of the type where you think the kid’s weird or he’s got some problems with behavior or authority,” former classmate Ethan Absler said.

Absler nearly went to the Highland Park July Fourth parade, but decided against it because his younger brother didn’t want to go. He’s still struggling to process the carnage.

“Everybody in this country is desensitized to the words, ‘It will never come to your town,’ and the words ‘mass shooting’ and things like that,” Absler told The Daily Beast. “Highland Park is so picturesque and safe. We’d leave our doors unlocked and laugh at the idea of any sort of violent crime being a possibility and now I just feel ignorant for thinking that.”