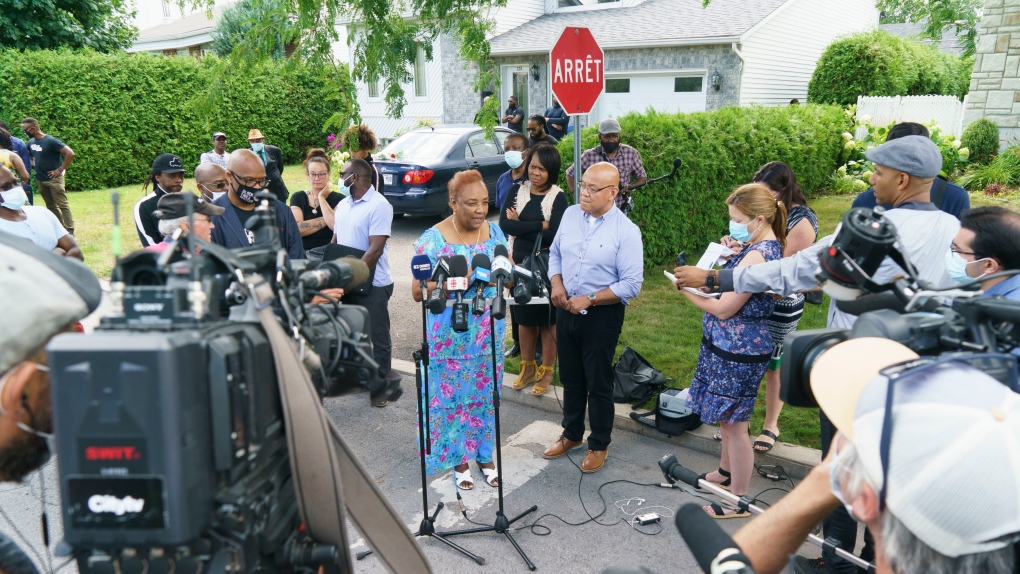 It’s been one year since 37-year-old Jean-Rene Olivier, a Black man exhibiting signs of mental distress, was shot and killed by police in Repentigny, Que.

Despite their demands for answers, Olivier’s family still don’t know the basics regarding how and why he died.

That’s according to Pierre Richard Thomas, president of Lakay Media, an organization that promotes diversity and inclusion.

“The family still doesn’t know what happened, one year later,” said Thomas, who has been working with the family since Olivier’s death. “One year later, we don’t have the names of the police who were implicated, we don’t know exactly how the facts unfolded.”

But with no official conclusion yet, the events surrounding the incident are blurry.

When Marie-Mireille Bence phoned authorities that morning, she said her son appeared to be in a state of psychosis and was holding a knife.

Olivier claimed to see people around him who wanted to cause him harm, she said at the time.

Marie-Mireille Bence, mother of Jean-Rene Jr. Olivier, who was shot dead by police, addresses the media outside the family in Repentigny, Que. on Monday, August 2, 2021. THE CANADIAN PRESS/Paul Chiasson

Olivier was shot to death on Aug. 1, 2021, after his mother called Repentigny police for assistance.

According to an early BEI report, “the subject allegedly had a knife in his possession and was threatening the officers.”

Police said their efforts to reason with the man were “in vain.”

“The police officers fired several shots at the man and hit him fatally,” the report concluded.

The BEI said it was called to investigate the accuracy of these claims shortly after Olivier was killed.

Thomas said the impacts of Olivier’s death are felt by many by Repentigny’s Black residents.

“People are really scared, really suspicious of Repentigny police. People have put 24-hour cameras in their cars in case something happens, so they at least have proof,” he explained.

The relationship between police and the Black community was already strained, even before Olivier’s death.

The police force has faced a long list of human rights complaints and racial profiling allegations in recent years.

A 2021 report that looked at Repentigny police interventions between 2016 and 2019 found that while Black residents make up just seven per cent of Repentigny’s population, they accounted for 17 per cent of interactions with officers.

Just last week, a tribunal ruled that Repentigny police racially profiled a Black high school teacher in 2017 who was driving a BMW.

Alain Babineau is a former RCMP officer and current racial profiling director for the Red Coalition, an anti-racism advocacy group.

He said an officer’s preconceived notions about certain groups significantly influence their interactions with the public.

“The ways in which police respond to incidents oftentimes is driven by their stereotypes,” he said. “In this particular case, dealing with mental health [issues], and also being of African descent.” 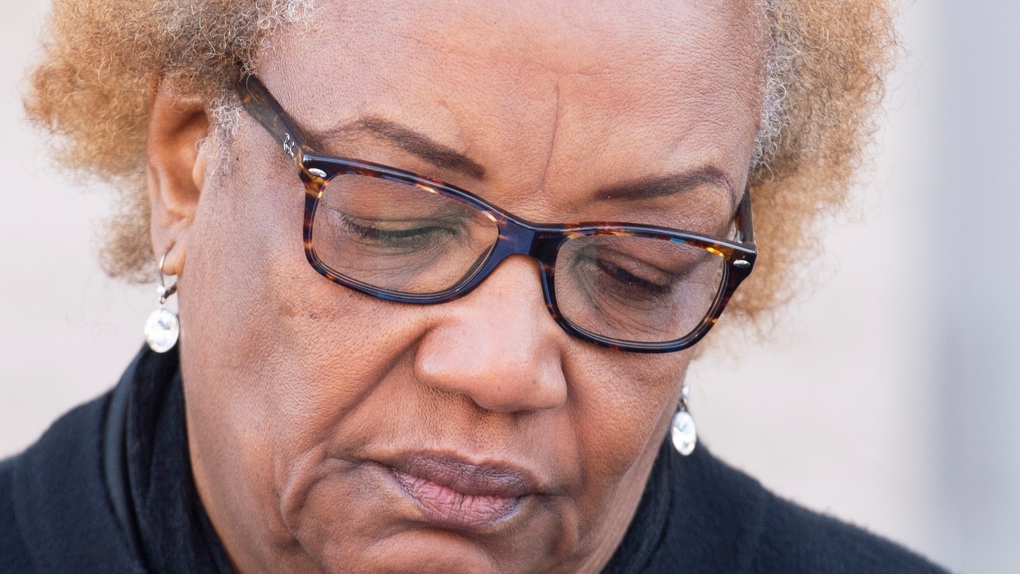 Marie-Mireille Bence, mother of Jean-Rene Jr. Olivier, who was shot dead by Repentigny police, speaks during a news conference on racial profiling by police in Repentigny, Que., Sunday, September 26, 2021. THE CANADIAN PRESS/Graham Hughes

Olivier’s family and community have been outspoken in their belief that his death was the product of racial injustice.

“I think the killing of the young, Black male is really the last straw for the community,” said Babineau.

The City of Repentigny denied a request for comment on Monday, citing ongoing legal challenges.

However, the police force did announced an action plan to tackle racial profiling last year, to be put into effect over five years.

“Our action plan aims to create organizational change based on equity, diversity and inclusion principles and goes beyond tackling racial profiling,” reads a 2021 statement from Repentigny police. “It was developed with the realities and experiences of our officers in mind as well as the concerns and realities of organizations on our territory.”

However, officers who took part in the report denied the existence of racism among members of the force, prompting criticism from advocates, including Olivier’s mother.

“Why is this plan to action not calling systemic racism by its name?” said Bence following the action plan’s unveiling.

“How can we trust when there’s no transparency?”

With files from The Canadian Press.

Apple TV Plus: Every New TV Show Arriving in August

Common, cheap ingredients can break down some ‘forever…