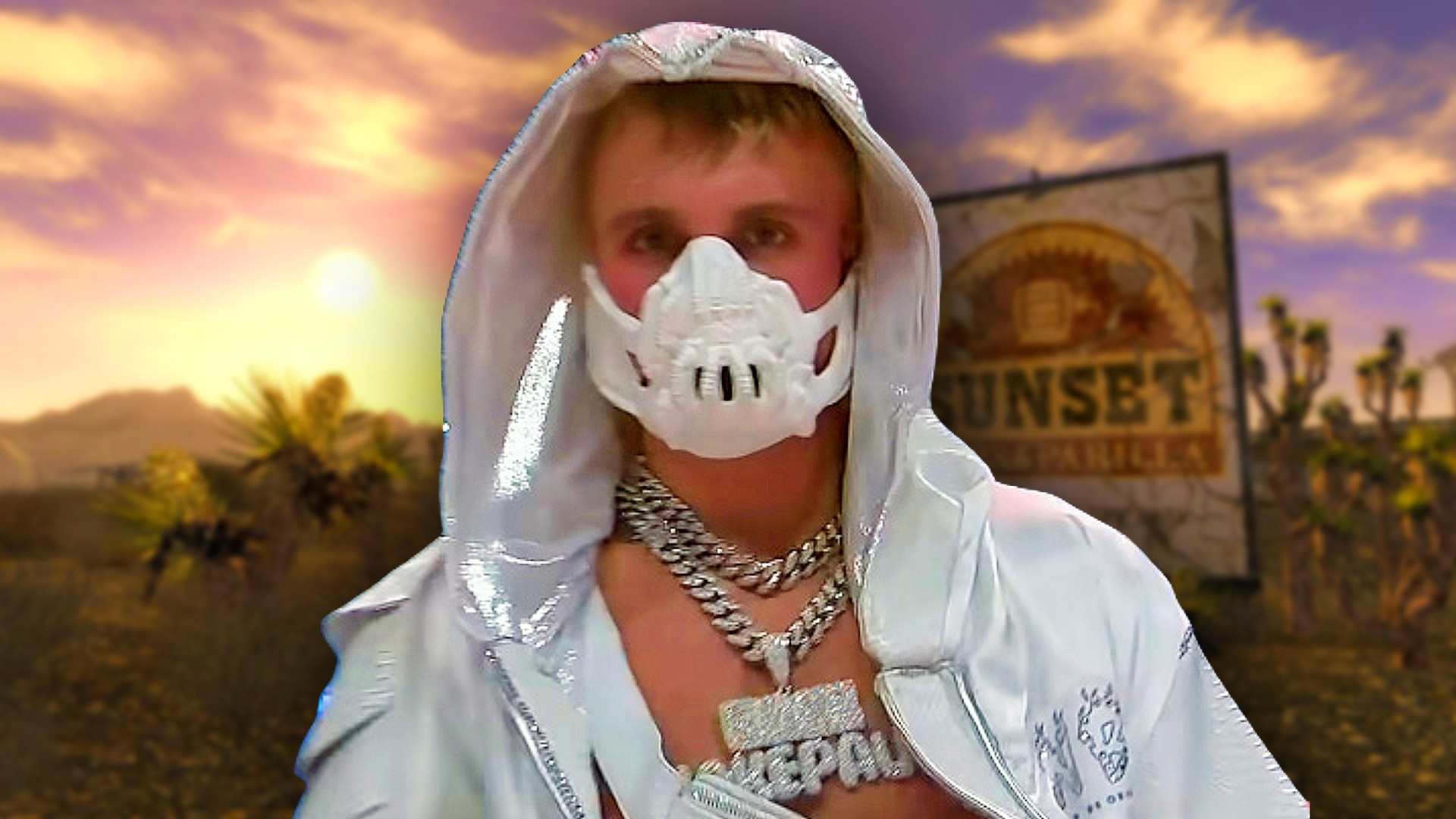 Jake Paul, the YouTuber turned boxer whose fights against Tommy Fury and Hasim Rahman Jr. have recently been cancelled, is now the subject of his very own Fallout mod which adds him to Fallout: New Vegas as an “annoying and very hostile” NPC, who is almost impossible to kill.

Sporting his full boxing attire, Jake Paul has one million HP, moves faster than any other enemy in the game, and can kill even high-level players in a single punch. He’s located in the New Vegas Home near to the entrance of the northern passage. When you enter, you will find him eerily facing the wall, standing alongside the dead body of his two-time opponent, MMA star Tyron Woodley. Clearly, Jake has just scored his famous knockout, and is all fired up, ready for a new challenger.

If do you manage to defeat him – remember, he can kill Deathclaws with a single jab, so we recommend teaming up with Raul, continually backing away, and spamming Jake Paul with Fatmans – you can claim his boxing gloves and shorts, which sell for a million caps each, as well as 20 stimpaks, and a handwritten note which simply says “idk, just sell it”.

“This mod adds Youtuber and actor turned boxer Jake Paul to the game as an annoying and very hostile NPC,” says creator Walmart Chifuyu. “I wanted him to be something like a superboss, so I tried to make him Ruby Weapon/Emerald Weapon from Final Fantasy 7 hard”. Judging from what we’ve seen, Chifuyu has succeeded.

Jake Paul is available to download now at Nexus Mods (there’s a sentence I didn’t expect to write today) and you can find a lot more weird and wonderful New Vegas NPCs courtesy of our comprehensive mods guide.

Things To Do In London If You Like Comics: August 2022 Edition