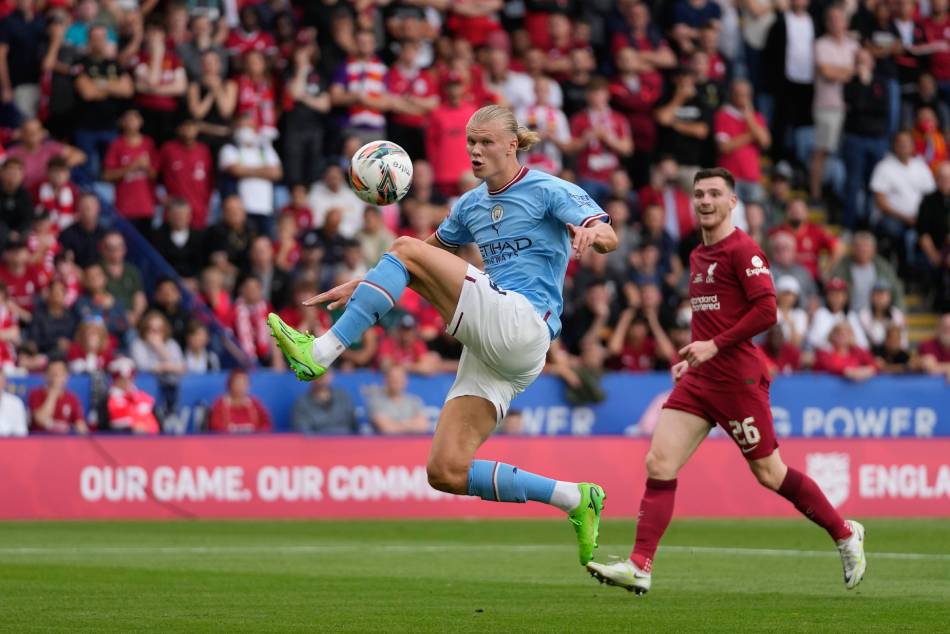 It was Liverpool’s first triumph in the traditional Premier League season opener since 2006, when they beat Chelsea 2-1 in Cardiff.

Pep Guardiola’s Man City booked their place in the Community Shield, by a virtue of winning the Premier League last season.

Jurgen Klopp’s Reds, on the other hand, booked their spot via winning the FA Cup last season.

Trent Alexander-Arnold opened the scoring, firing Juergen Klopp’s side ahead in the 21st minute of the 100th edition of the annual clash between league champions and FA Cup winners.

City’s new Norwegian signing Erling Haaland, brought in from Borussia Dortmund, missed two chances to mark his debut for the champions with a goal but Pep Guardiola’s side were missing their usual fluency.

Adrian made some good saves for the Reds.

It was another new striking addition who brought City level though in the 70th minute when Phil Foden’s shot was parried by Adrian and with the ball spilling loose, Argentinian substitute Julian Alvarez pounced to net his first goal for the club.

The effort was initially ruled out for offside but a VAR review overturned the decision although the technology was soon to work against City.

Referee Craig Pawson went to the monitor before ruling that City defender Ruben Dias had handled at close range from a Nunez header and Mohamed Salah drilled home the penalty to restore Liverpool’s lead in the 83rd.

Nunez then capped an impactful appearance from the bench, scoring with an angled header after Andy Robertson had nodded the ball into his path.

Liverpool play their first game the following day when they travel to Fulham while champions City too start their campaign with an away game — against West Ham United — on August 7.

The 2022 FA Community Shield was held at the home ground of current Shield holders Leicester City.

It was for the first time in 10 years that it was moved away from the usual Wembley Stadium in London due to the Women’s Euro 2022.

These celebrity-owned jets are the biggest CO2 polluters