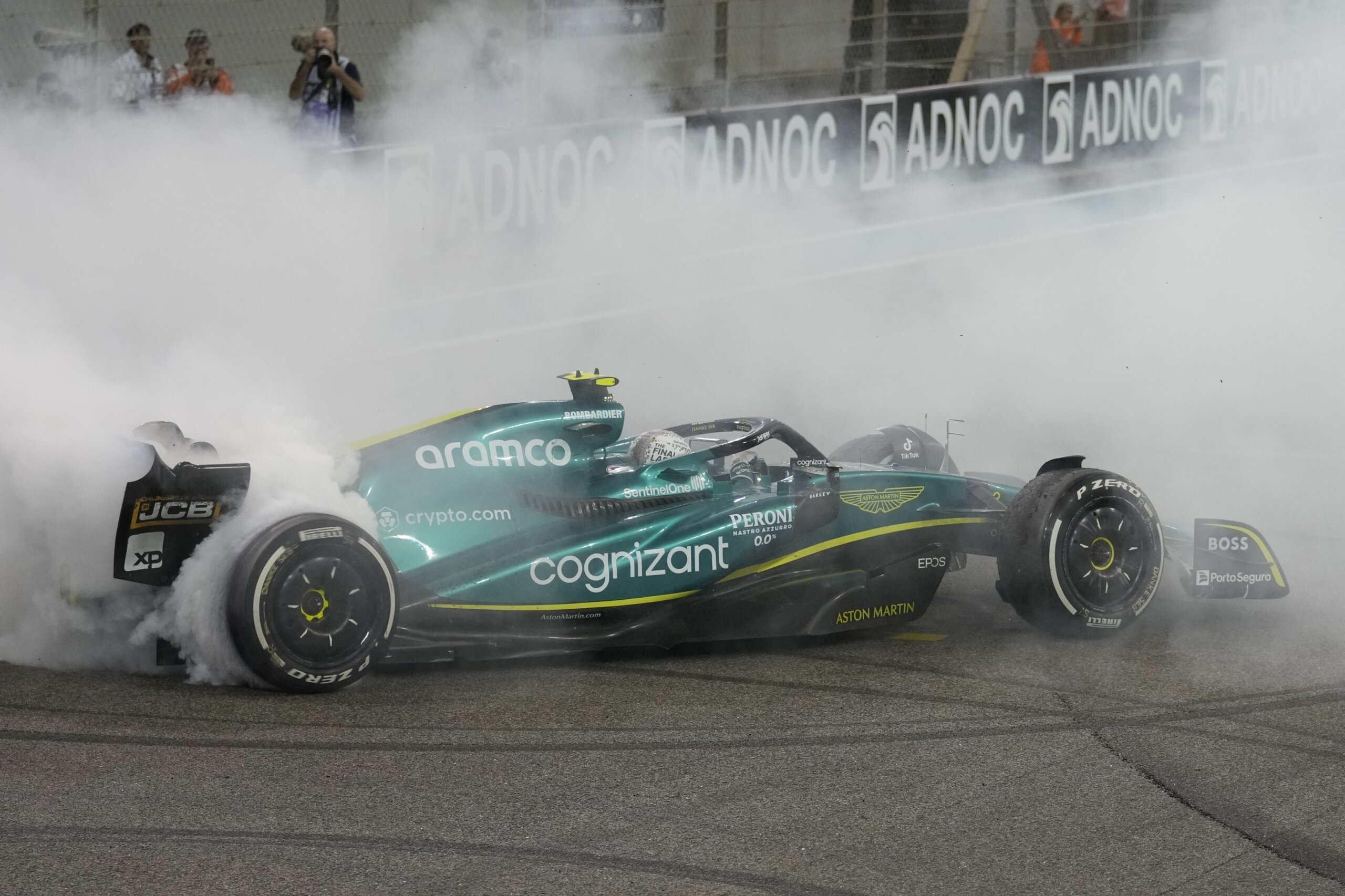 ABU DHABI, United Arab Emirates (AP) — Ahead of his final race in Formula One, Sebastian Vettel lined up for…

ABU DHABI, United Arab Emirates (AP) — Ahead of his final race in Formula One, Sebastian Vettel lined up for the national anthem wearing a T-shirt with a picture of Earth, a nod to his environmental activism. Then eight jets flew overhead trailing colorful smoke.

It was a moment that highlighted the delicate balance the four-time F1 champion treads as a lifelong auto racing fan increasingly uneasy at the toll his passion takes on the planet.

“It’s a huge privilege being in the position that we are in and with that comes some responsibility. So I hope to pass on a little bit to the other drivers to carry on some of the good work. It’s great to see that we have the power to inspire you with what we do and what we say,” Vettel said after the race.

“I think there’s far bigger and far more important things than racing in circles, but obviously it’s what we love. And through that, if we can transfer some of the really important values, then that’s big.”

A champion four years running with Red Bull from 2010 through 2013, Vettel has more recently used his high profile in F1 to support human rights and highlight environmental causes such as bee die-offs and the mining of oil from tar sands in Canada, even as his Aston Martin team is sponsored by Saudi oil giant Aramco.

While he voiced unease at “burning resources” in F1, the German remained a super-fan who bought former champion Nigel Mansell’s 1992 Williams car and drove it on carbon-neutral fuel for a demonstration at this year’s British Grand Prix.

On track Sunday in a helmet bearing the message “The Final Lap,” Vettel had a frustrating race after 16 years in F1.

“We’re just getting eaten up by everybody. Who’s next to pass us? Sitting duck,” he complained over the radio when Aston Martin left him on old tires. Later: “How did we get the strategy so wrong?” After starting ninth he gradually slipped back but recovered to take the last point of his career in 10th.

Despite being hampered by the strategy, Vettel still managed to battle with rookie Zhou Guanyu and fellow veteran Daniel Ricciardo in a combative end to a journey that began with his father giving him a go-kart when he was three years old.

Vettel is keen to spend more time with his family instead of being away for weeks at a time when the F1 calendar expands to 24 races next year.

After spinning his car in “donuts” to cheers from the crowd, Vettel said he felt “empty” at the realization his career was finally ending. “So many flags, so many smiling faces which has been very, very special, very nice,” he said. “I’m sure I’m going to miss more than I understand right now.”

Tesla’s third recall of the month affects an additional 320,000 vehicles