Experts Weigh in on FBI Search of Biden Home: ‘Probable Cause of Crimes’ 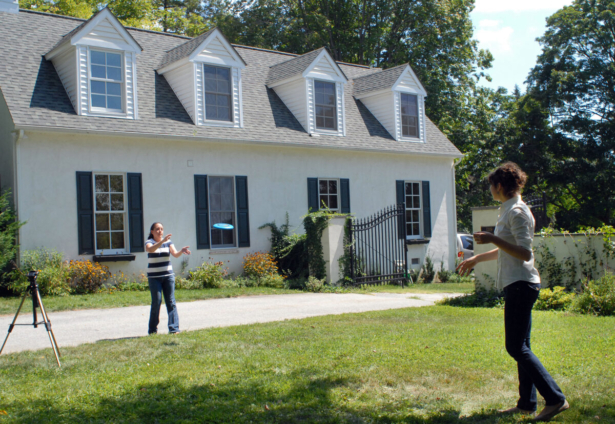 Experts and former officials weighed in on the FBI’s search targeting President Joe Biden’s home, saying that the president may have consented to the search because of the threat of a search warrant.

“DOJ took possession of materials it deemed within the scope of its inquiry, including six items consisting of documents with classification markings and surrounding materials, some of which were from the President’s service in the Senate and some of which were from his tenure as Vice President,” Bob Bauer, Biden’s personal lawyer, said in a statement on Saturday, confirming the search. “DOJ also took for further review personally handwritten notes from the vice-presidential years.”

And Assistant U.S. Attorney Joseph Fitzpatrick confirmed to news outlets that the “FBI executed a planned, consensual search of the President’s residence in Wilmington, Delaware.”

Former Chief Assistant U.S. Attorney Andy McCarthy, however, wrote Saturday that Biden had no choice on whether to allow the FBI to search his home.

“Biden didn’t consent to FBI search [because] he’s Mr Cooperation. He consented [because] there was probable cause of crimes,” McCarthy wrote on Twitter. “If he didn’t agree, next step would’ve been special counsel getting a search warrant (ie, judicial finding of probable cause). Wanted to avoid that.”

On Saturday, Bauer issued another statement and said Biden and the White House were cooperating fully with the Justice Department investigation. Previously, classified documents were discovered at Biden’s residence and office, leading Attorney General Merrick Garland to announce a special counsel investigation earlier this month.

“At the outset of this matter, the President directed his personal attorneys to fully cooperate with the Department of Justice,” Bauer told news outlets. “Accordingly, having previously identified and reported to DOJ a small number of documents with classification markings at the President’s Wilmington home.

“In the interest of moving the process forward as expeditiously as possible, we offered to provide prompt access to his home to allow DOJ to conduct a search of the entire premises for potential vice-presidential records and potential classified material,” he added.

A former prosecutor told ABC News last week that Biden’s situation differs from former President Donald Trump because Biden’s “self-reporting” of the classified documents. In Trump’s case, the former president, however, has said he declassified the alleged classified documents that were found at his home during the unprecedented FBI raid in August.

“I never heard of a situation where the FBI goes in and just does a search because somebody self-reports,” former Watergate prosecutor Nick Akerman told ABC News. “Normally, even in a criminal case, what you normally do in the first instance, unless you have some reason to believe that somebody is lying to you or is going to destroy records or is doing something untoward as you had with the Trump situation … you just give a grand jury subpoena.”

A national security and intelligence expert who recently served on the National Security Council noted that the investigation will likely take several months.

“I don’t think it’s going to wrap up in days, and probably not weeks; I think it’s going to take several months. These special counsel investigations usually take a while to unfold,” Javed Ali told the New Republic, adding that “I think, conservatively, we’re talking three to six months.”

Neil Eggleston, a former White House counsel under President Barack Obama, told the same outlet that the investigation would wrap up in several weeks or months.

“This seems to be an investigation that could be conducted quite quickly. There are just not that many people for [special counsel Robert] Hur to talk to. There’s whoever did the packing; maybe more than one person who supervised the packing,” Eggleston told the outlet.

Those investigators, he added, will “want to talk to whoever transported the boxes either to the Penn Center or to Wilmington. Pretty sure that that person will say he or she didn’t look at the boxes, and then there’ll be some interviews in connection to how were they found in November and why were they found and how did all that come up? But this seems to me to be a very limited number of people who need to be interviewed, so my view is that could all happen quickly.”

What you need to know, summarized in one email.
Stay informed with accurate news you can trust.

Success! You are now subscribed.