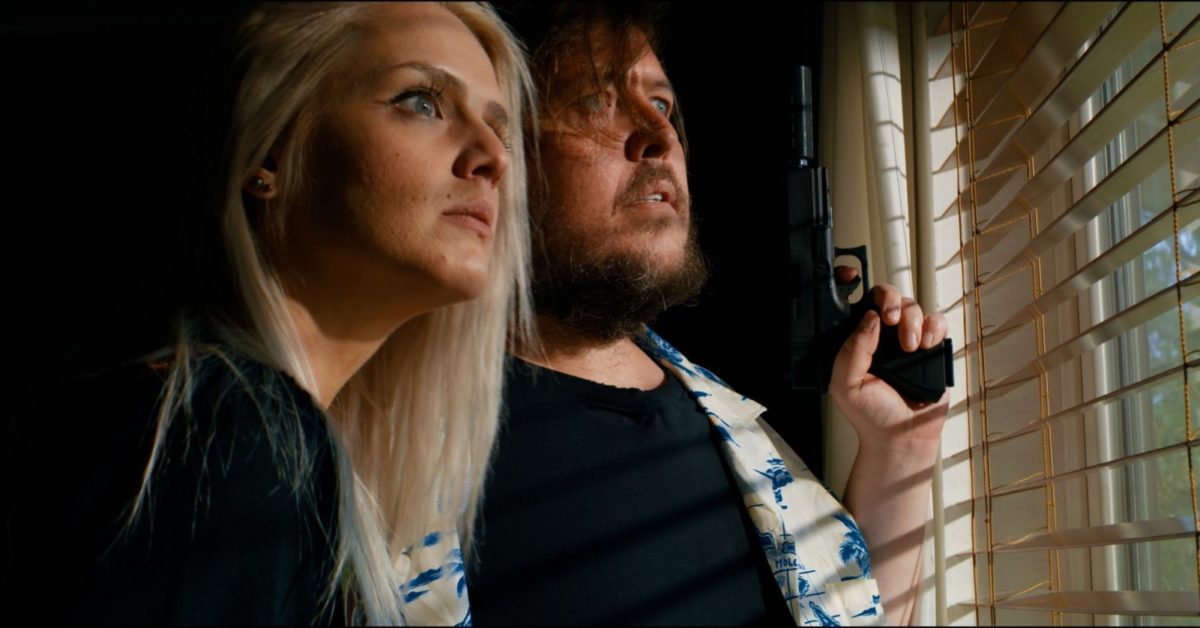 We’ve got an exclusive look at the Indican Pictures film, Carp-e Diem, becoming available on-demand this September 13th. The clip gives us a peek at the film directed by Andrew Arguello and MJ Palo, who share numerous acclaims for the work, including the ‘Outstanding Achievement Award’ in the ‘Best Film’ category at the Black Swan International Film Festival for their thriller television miniseries Black Eyes, the ‘Festival Award’ at the American Golden Picture International Film Festival for their drama series Waking Up Eighty and many more.

Nothing could go wrong when pregnant drifters – Natasha (Emily Sweet, Fear PHarm) and Vern (Nick Josten, The Target List) – find a room for the night by invading the rural home of Martha and Bob. After accidentally killing the couple, their initial plan to stay in the house for a few days and rob the place quickly changes when they find a closet full of cocaine.

Seeing a way to make easy money, Natasha and Vern decide to steal Martha and Bob’s identities and take over the drug business. However, things start to go awry when the drug kingpin’s son arrives to keep an eye on things, a nosy neighbor sees more than he should, DEA is closing in on Martha and Bob, and the real father of the baby is coming for Natasha.

Carp-e Diem also stars Holly Lorge (3 Tickets to Paradise), James H. Jackson (Desert Shadow), Chris Thigpen (The Flock), and Lukas Silver (Alien Shark). The film will be available digitally on Apple TV, Prime Video, Vudu, Google Play, DirecTV, and others. The dangerous action-thriller Carp-e Diem takes viewers on an
unpredictable journey full of daring adventures, risky drug scheming, and of course, unexpected murders when it arrives On Demand on September 13th. Indican Pictures is a boutique entertainment label and film distributor. The company was founded in 2004 and has released over 300 films worldwide.