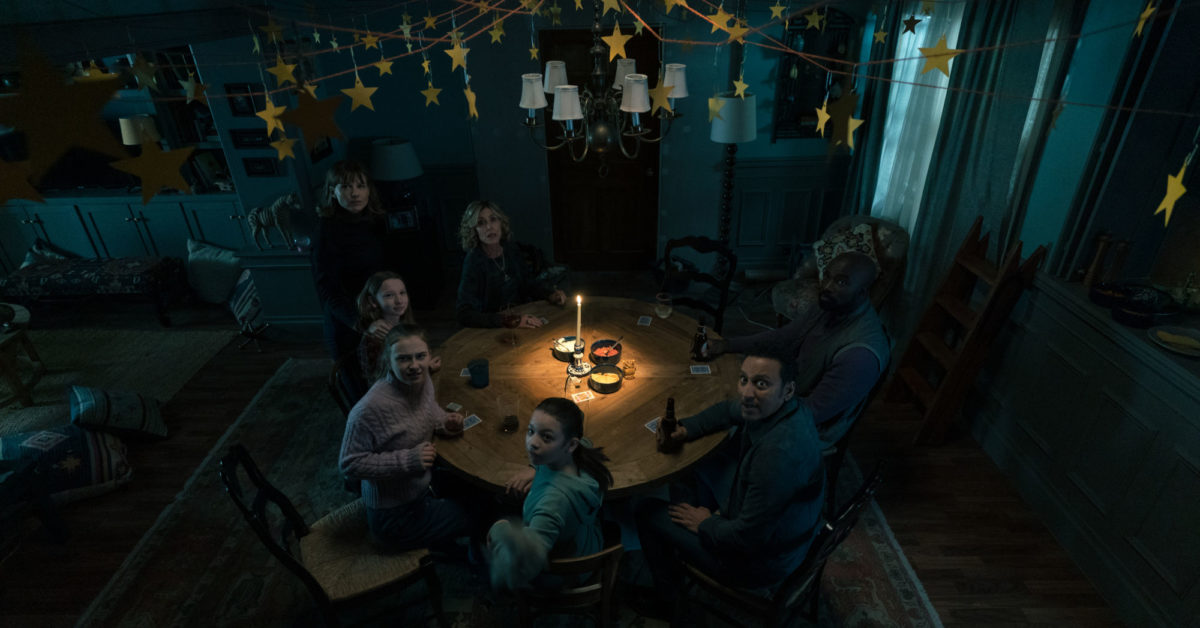 Once again, we’re back with our weekly look at what’s ahead with Paramount+’s (recently-renewed) Katja Herbers, Mike Colter, Aasif Mandvi & Michael Emerson-starring Evil. To help viewers piece together the clues to this week’s episode S03E07 “The Demon of Cults” (Written by Louisa Hill and written by Fong Yee Yap). In this week’s chapter, Kristen (Herbers), David (Colter) & Ben (Mandvi) face a serious moral dilemma with a uniquely complex case. Here’s a look at the images and overview for this Sunday’s new episode.

Evil Season 3 Episode 7 “The Demon of Cults”: The team investigates a young man who is being held against his will to determine if he is possessed or is influenced by a cult. Written by Louisa Hill and written by Fong Yee Yap.

In the following look behind the scenes of S03E06 “The Demon of Algorithms,”   Michael Emerson (Leland Townsend) and Andrea Martin (Sister Andrea) share a look at the behind-the-scenes chemistry between their characters’ perfectly matched antagonism and what it was like working together on the set for the third season.

In the following featurette, the cast & creators of Paramount+’s Evil provide a deep dive into the third season. Herbers and Colter discuss where their characters go from the passionate events of the premiere, and Mandvi elaborates on Ben’s wavering faith in science. Plus, Emerson (Leland Townsend), Christine Lahti (Sheryl Luria), Andrea Martin (Sister Andrea), Kurt Fuller (Dr. Boggs), and Creators/Executive Producers Robert King and Michelle King share more about what’s to come:

EVIL is a psychological mystery that examines the origins of evil along the dividing line between science and religion. The series focuses on a skeptical female psychologist who joins a priest-in-training and a contractor as they investigate the Church’s backlog of unexplained mysteries, including supposed miracles, demonic possessions and hauntings. Their job is to assess if there is a logical explanation or if something truly supernatural is at work.

Season three of EVIL begins moments after the end of season two: when a newly ordained David and Kristen kiss. In season three, the two not only have to navigate this fraught new reality, but contend with David’s involvement with “the entity,” an espionage unit within the Catholic church. Meanwhile, Ben finds his brain breaking from their unsolved cases and turns to his sister for help.

Being in a couple can leave women with less savings