Everything You Need to Know About the Harvest Festival of Assam 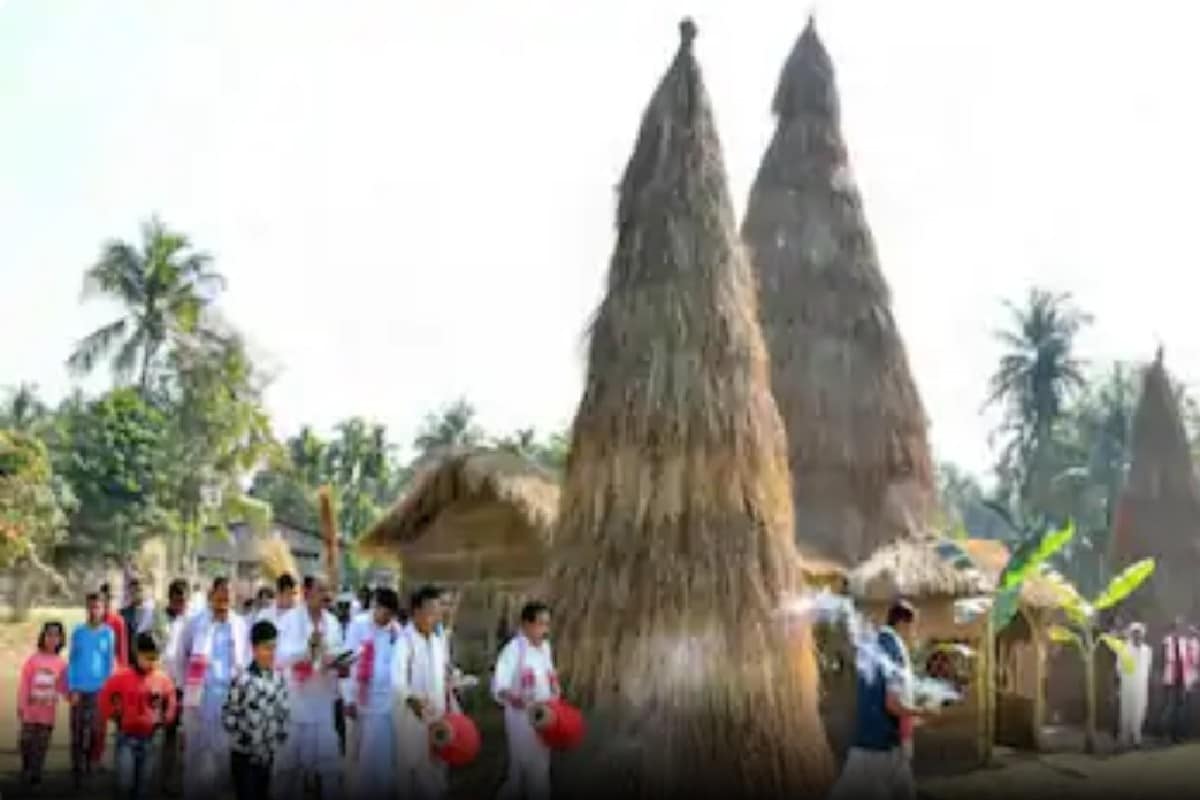 Magh Bihu, celebrated in Assam, is one of the most popular harvest festivals in India. Most cultural festivals around the world are centred around agriculture, particularly harvest. It encompasses a variety of reasons as harvest season also marks the change of season, the start of something new. So, it’s no surprise that many cultures across the globe use the harvest to mark their new year as well. Even within India, there are regional festivals, each dependent on harvest and the relationship between earth and the sun. Magh Bihu’s origin is also based on similar reasonings.

If you have never celebrated this famous harvest festival, it’s the right time to know more about our diverse and rich culture in the country. Here’s everything to know about this fun and colourful festival, from date to its celebration and significance.

When is Magh Bihu?

Every year, the festival falls around January 14-15 as this is the time around when the winters end as the sun’s northward journey begins. This year, it is being celebrated on Friday, January 15, 2021. The word Magh Bihu has two words –Magh (the term for January-February month in the Northeast) and Bihu (deriving from Bishu which roughly translates to asking for prosperity from the God for the harvest season).

The Assamese population is dominated by indigenous Tribal Asian who are Sino-Tibetan and Austroasiatic. The festival has origins in Magan of Kachariby and the Indo-Aryan cultures. It also has roots in the Tibeto-Burman ethnicity and Austroasiatic festivities. Praying to the God of fire is a major element of the festival.

The festival has two parts; the first day, which is Uruka or the Bihu Eve, is the preparation day. People (mostly women) get the special food ready which consists of traditional recipes like chira, pitha, laru and curd. It is done a day early, so the next day can be fully immersed in celebration. Meanwhile, young people (mostly men) make a hut known as Bhelaghar in the fields using thatch, leaves, and bamboo.

A bonfire called Meji begins in the early hours of the morning on the second day as a prayer offering to the Gods. Baths happen next day early in the cold, shivering morning. Thehuts built on the previous day are burnt down. Some traditional games are played like pot-breaking or tekeli bhonga, buffalo and cock fights, as well as egg fights.

The festivities of enjoying feasts of delicious foods last for about a week. It includes rice cakes including til (sesame) pitha, narikol (coconut) pitha, tekeli pitha, ghila pitha and sunga pitha. Traditional chicken, duck, fish, and mutton curries are also an important part of the feast. Rice is generally involved in each of the recipes as it is the harvest season.

Around the same time, North India will be celebrating Makar Sakranti and Lohri while Pongal feasts begin in Tamil Nadu.