Everything we know about the 2024 Ford Mustang 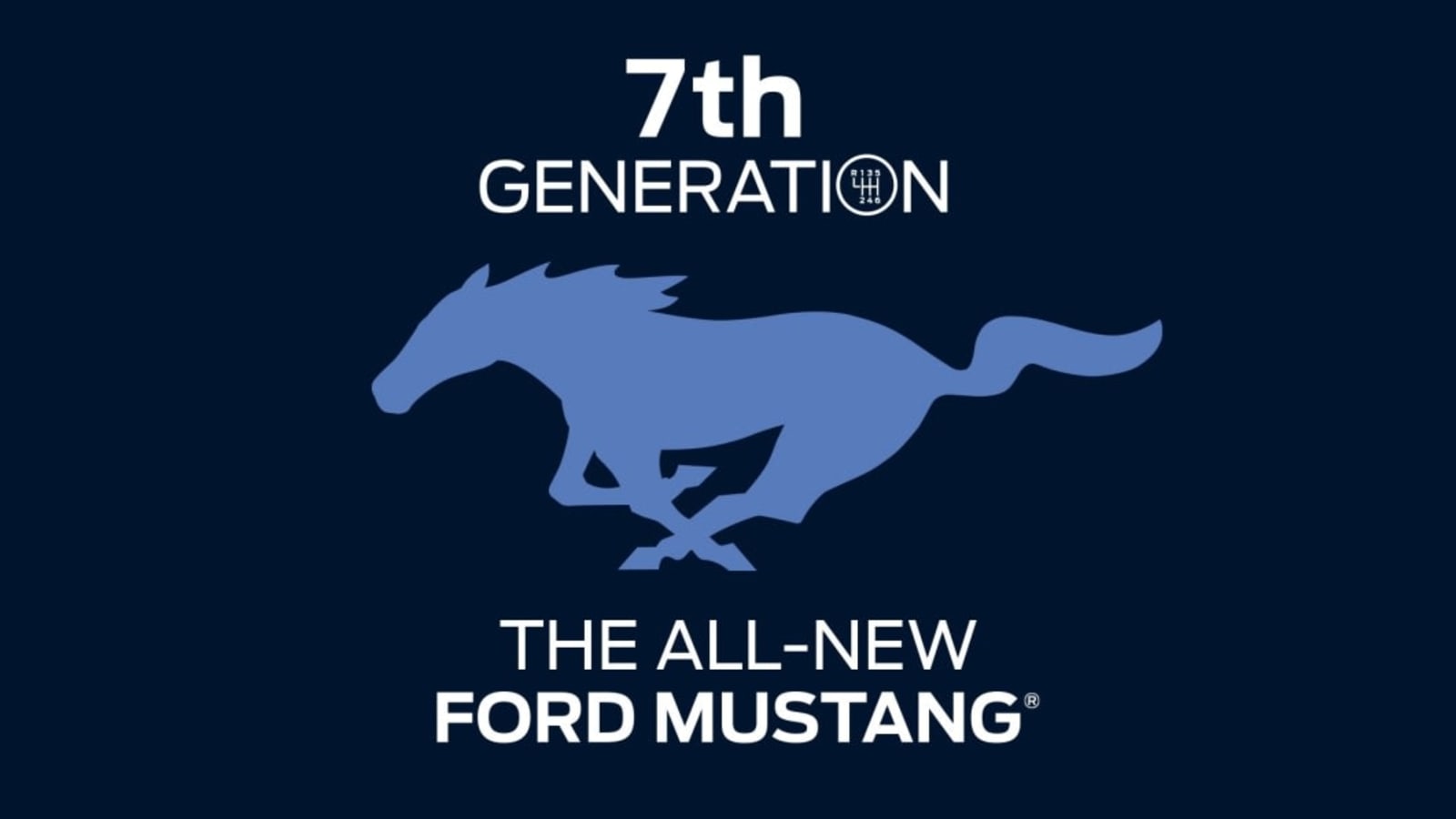 Rumors about what a next-generation Ford Mustang will and won’t be fly around for years prior to the car’s debut. This upcoming seventh generation is no exception, but the speculation will soon be put to rest when Ford officially reveals the car at the Detroit Auto Show on September 14.

In preparation for the big reveal, we’re gathering together everything we know about the new 2024 Mustang in one handy place. As we approach the day, we’ll continually update this post with any new teasers and information gleaned, so make sure to check back in for the latest news concerning what Ford is internally calling the “S650” generation of Mustang.

Starting with what we know, Ford has confirmed that the new Mustang will be available with a six-speed manual transmission. It said as much via a teaser that included a six-speed shift pattern inside the letter “O.”

Ford hasn’t had any massive slip-ups when it comes to Mustang design leaks for the seventh generation, so these shrouded spy photos are about as good as it gets to seeing what the new car will look like. The camo on this prototype is extensive, but we can see the lines of a long-hood, 2+2 coupe lurking under all that vinyl and fabric.

Here’s a great look at the new Mustang interior before you’re supposed to see it. Make sure to click through the gallery to see every last detail. We can easily tell that this new Mustang is going to be more tech-filled than the last one, but still retain some Mustang normalities like the shifter design. Bigger screens will be slathered across the dash, and fewer buttons will be found throughout, which is a continuing trend in the industry at-large.

This teaser is dropping a week before the big reveal, and while it doesn’t reveal much, it confirms the presence of a GT Performance model at launch. Ford has offered various levels of Performance Packs on the Mustang for a while now, and it appears as though the trend will continue for the seventh-gen car. We’ll also note that this is the first time Ford has placed the word “Performance” inside of the GT logo. 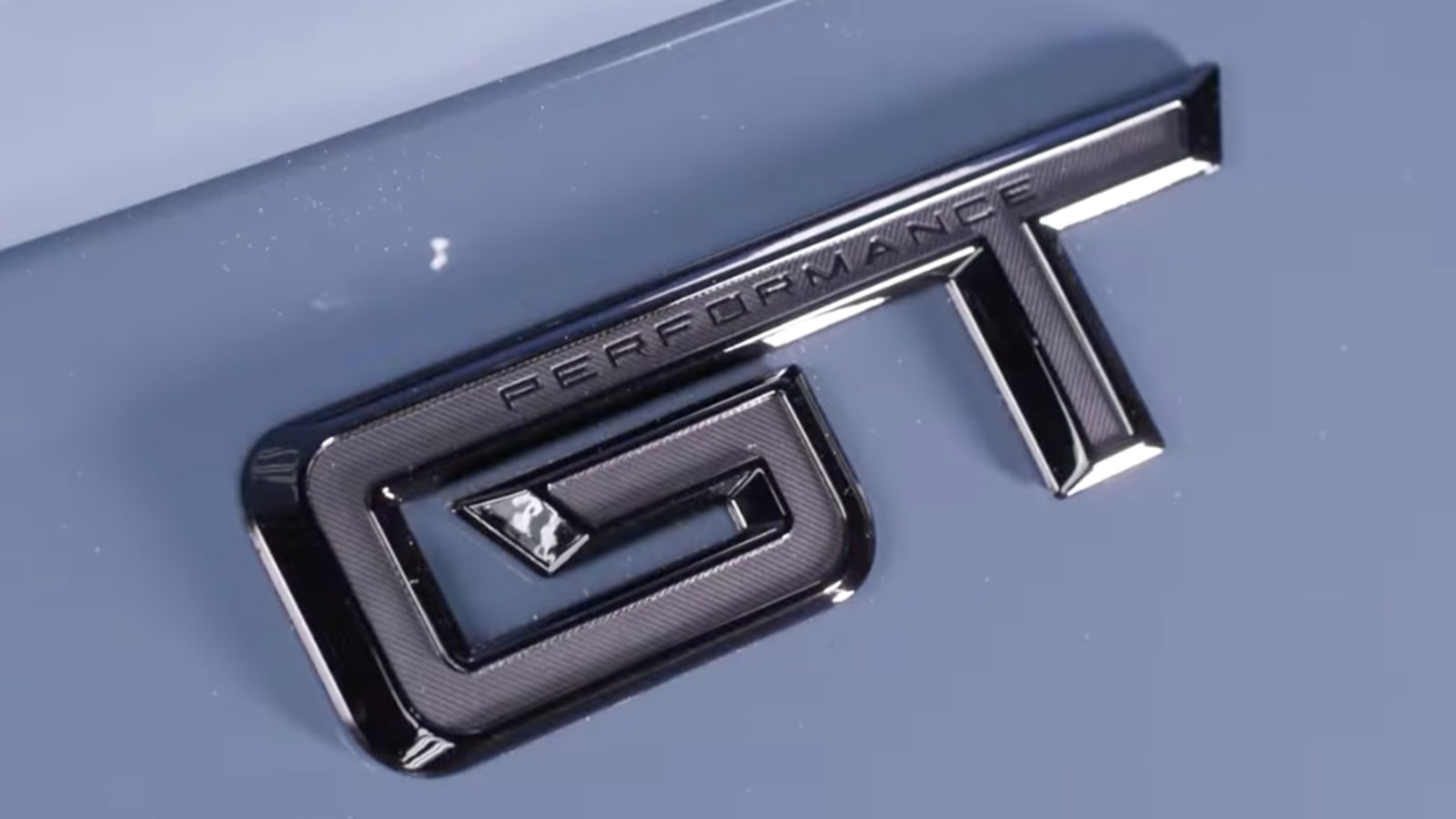 A more recent story about rumors and citing unnamed sources tell us the Mustang could feature just under 500 horsepower when it’s revealed. That’d be more than what it makes now, which is no surprise with the introduction of a new-generation car. Again, though, this isn’t confirmed information, so pay attention on reveal night.

For years leading up to this week, we’ve reported on various rumors and reports of the Mustang adopting a hybrid powertrain that potentially gives it all-wheel drive, but this one report a week before the reveal puts those rumors to bed. If true, all the hubbub about wild electrified powertrains is for naught. Instead, it’s looking a lot more like Ford will offer a similar powertrain lineup as it does in the outgoing Mustang: a 2.3-liter turbocharged four-cylinder and a 5.0-liter V8. Frankly, we’re fine with that!

Note that this post will be updated with more information leading up to the reveal of the next-gen Ford Mustang.

Nilotpal Bora Is On A Roll Post His Track From Jaadugar Made It To Commonwealth Games 2022, Here’s What Next For Him