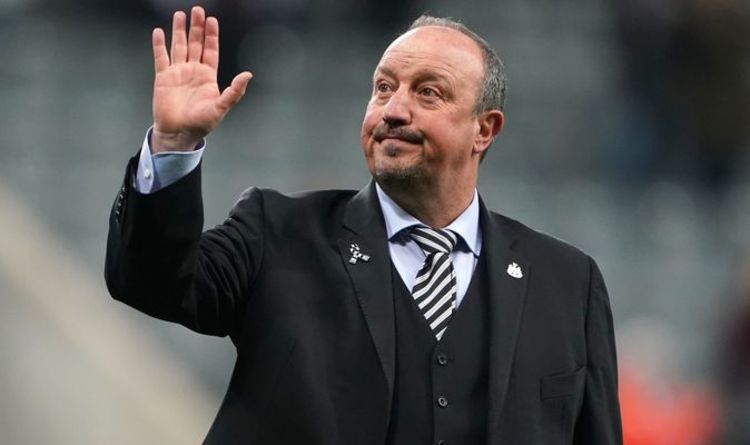 Everton owner Farhad Moshiri is said to be ‘seriously considering’ appointing Rafa Benitez as Carlo Ancelotti’s replacement. The Blues are looking for a new manager after Ancelotti left to take charge of Real Madrid – and the man who led Liverpool to their 2005 Champions League triumph has emerged as a shock contender, despite having once described the Goodison Park outfit as a ‘small club’.

Benitez has apologised to Everton supporters for that comment, as he confirmed he would be interested in the vacant manager’s job.

The 61-year-old won the FA Cup and UEFA Super Cup with Liverpool, as well as guiding the Reds to Champions League glory courtesy of their famous comeback from 3-0 down against AC Milan in the final in Istanbul 16 years ago.

He has since won trophies with Inter Milan, Chelsea and Napoli, as well as managing Newcastle and Chinese Super League club Dalian Professional.

And according to The Mirror, Benitez is a serious contender for the manager’s job at Everton – despite the potential to cause dissent among the club’s fanbase.

Who is Ime Udoka? Four things to know about Celtics’…

Learn How and When to Watch it Online