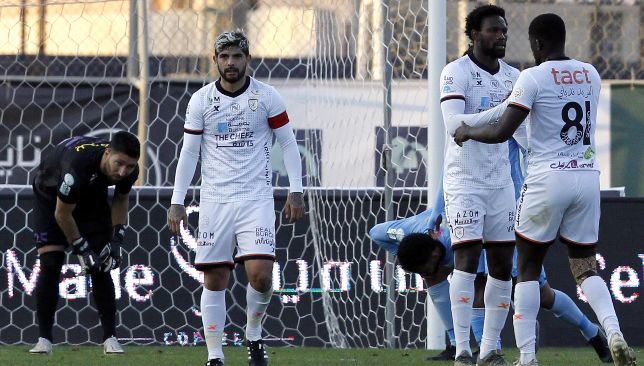 Al Shabab are in a race against time.

The ‘third’ club in Saudi Arabia’s capital city claimed global headlines last January when a free transfer was announced for commanding Argentina midfielder Ever Banega once his contract at Sevilla lapsed. Unquestionably world-class performers at the peak of their game are rarely secured by Asian outfits, let alone ones who claimed the last of six top-flight titles in 2011/12 and finished a distant seventh in 2019/20.

An elite acquisition, however, poses its own exacting problems. The 32-year-old has signed up until June 2023 – there is unlikely to be an extension for the dominant figure in last season’s Europa League final.

A side capable of complimenting him and securing glory must be assembled at searing pace.

This fact is why, a creditable, third place in the Saudi Professional League after 11 games and 1-1 draw with holders Al Hilal was no insulation for coach Pedro Caixinha from the sack. Senegalese striker Makhete Diop also continues to receive stern criticism after a paltry return of two goals in 684 minutes.

Calls to address these issues will be made in the coming weeks, according to chairman Khaled Al Baltan. There is little room to get them wrong for a side who’ve since moved up to second under caretaker Carlos Hernandez.

Shabab’s fast track to silverware must, at a minimum, include qualification to the 2022 AFC Champions League – a tournament they last graced in 2015. Entry guarantees greater riches and prestige, plus momentum.

They sit second, yet one point separates them from fourth-placed Ittihad and three from resurgent fifth-placed challengers Al Wehda. Fine margins, with significant ramifications for being on the wrong side of them.

This is why a reported return for Marius Sumudica makes sense.

“I talked to Razvan (Hilal’s Lucescu), I asked for some information,” he told Romania’s Digi Sport prior to this week’s contentious exit from Turkey’s Gaziantep. “Their [Shabab’s] goal is to qualify for the AFC Champions League – you are attracted to such a target.”

The 49-year-old took Shabab to within one game of ACL qualification in 2018/19, conceding an excellent 25 goals along the way to a deflating fifth-placed finish. It would be his only campaign, to date.

Exiting minnows Gaziantep when in fourth place has, seemingly, enhanced his reputation in the eyes of Shabab management.

Sumudica, however, boasts an average win percentage of 42 across an 11-year managerial career and has lifted just two trophies, 2015/16’s Liga 1 and Cupa Romaniei crowns when at Astra Giurgiu.

Should aspirant Shabab aim for more?

If he is rehired, familiarity trumps sprawling success. It may yet be the winning ticket required.

Up top, Algeria striker Islam Slimani was the name most-strongly linked to Shabab. The unwanted 32-year-old failed to kick a ball this term at Leicester City, yet a tally of nine goals and seven assists in 18 Ligue 1 run-outs at Monaco in an abridged 2019/20 showcases a target of real repute.

Even though this trail went cold with Wednesday’s switch to Lyon, encouragement must be taken from the calibre of hit man Shabab are pursuing.

Foundations for a competitive side are present. They – according to Wyscout – boast the division’s joint-second-best attack (19 goals), the sixth-lowest average age (27.7), fifth-highest average possession (53.5 per cent) and joint-fifth-meanest defence (16 goals).

Shabab are, almost, back. The next few weeks could decide whether Banega’s stint in the Kingdom is ultimately judged successful.

Sleepless In Seattle: 11 Behind-The-Scenes Facts About The Tom Hanks And Meg Ryan Movie

Tencent Music plans to public on US exchange

Timeline And 6 Other Michael Crichton Books That Need A New…