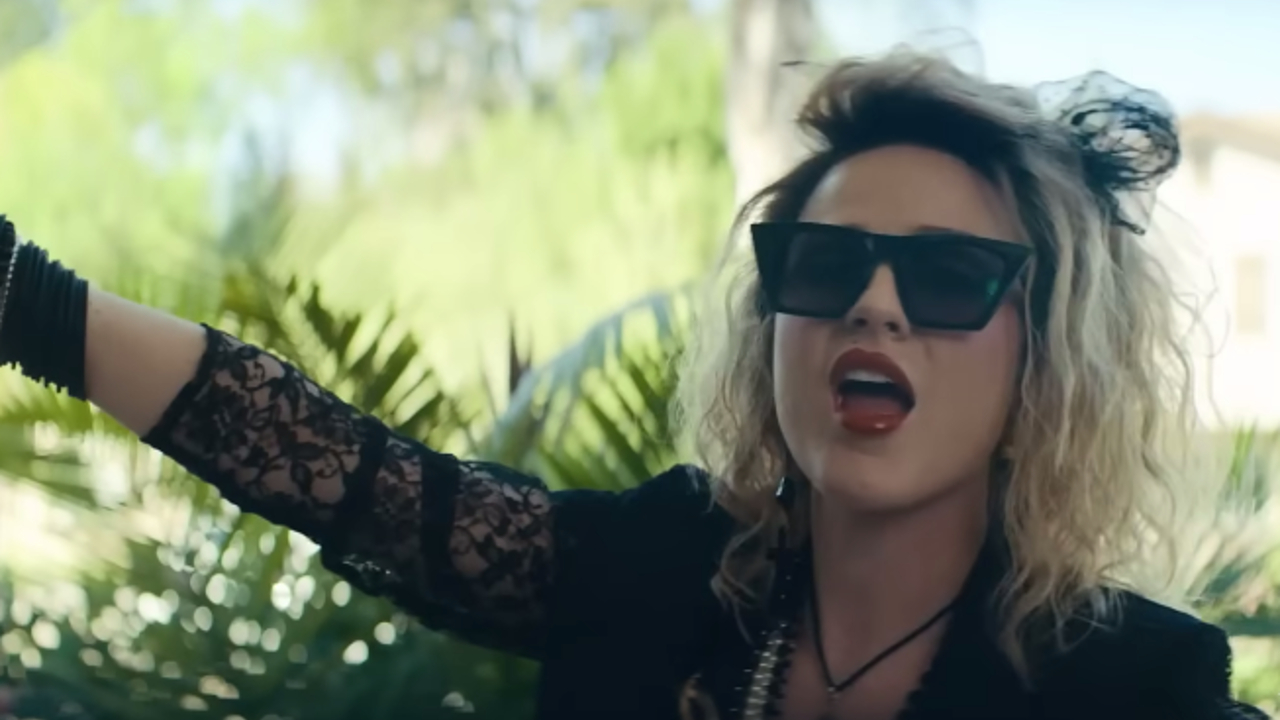 As soon as it was announced that Harry Potter star Daniel Radcliffe was set to play pop icon Weird Al Yankovic, it was a given he’d be the center of attention for this movie. However, he’ll be sharing the spotlight with another phenomenal entertainer: Evan Rachel Wood, who will give her spot-on performance as Madonna. The Westwood actress discussed the fun way she prepared for Madonna in Weird: The Al Yankovic Story.

You may remember the Madonna-parodied song “Like a Surgeon,” which was featured in How I Met Your Mother, one of Weird Al Yankovic’s TV appearances. You’ll get to hear it again in Weird: The Al Yankovic Story, and Evan Rachel Wood explained to People at the 2022 Toronto International Film Festival the “fun” way she got to prepare for her amusing role.

Evan Rachel Wood’s flawless impression of Madonna in the fictionalized biopic trailer says it all. She expressed that this project was so much fun for her that she was afraid she’d only want to do comedies next! Imagine the opportunity to go on set each day with that teased hair, wild outfits and glamorous makeup to play the popular ‘80s icon. The only thing Wood was disappointed about was not being able to keep those classic outfits of Madonna’s. Well, she’ll always have the memories of being one of the first “lucky stars” to play Madonna, as Emmy winner Julie Garner is next to take on that role in Madonna’s own biopic.

If there’s anything we can agree about Weird: The Al Yankovic Story, it’s that everyone in the cast is sure to bring their A-game. The Across the Universe star told Entertainment Weekly that in one scene, she was told to portray the “sociopathic” version of the “Material Girl” singer “on a lot of cocaine” as she uses Weird Al to get ahead in her career. Daniel Radcliffe was impressed with Wood’s performance in “committing a thousand percent” to the role. We’re in for some good fun with these characters as soon as the opening credits start.

Director Eric Appel hasn’t heard any reactions yet from the real Madonna about the movie. The Thirteen star hoped Madonna’s good sense of humor would be enough for her to enjoy it, and Radcliffe agreed, as the 64-year-old singer would have the privilege to see her portrayed by the talented Emmy nominee.

It’s always a good sign when an actress talks about how much fun she had playing a role. We’ll be able to see the spark and energy of Evan Rachel Wood in the upcoming movie Weird: The Al Yankovic Story, which comes to the Roku Channel on November 4th.

Jazz pianist Ramsey Lewis dies; his trio had string of hits in 1960s