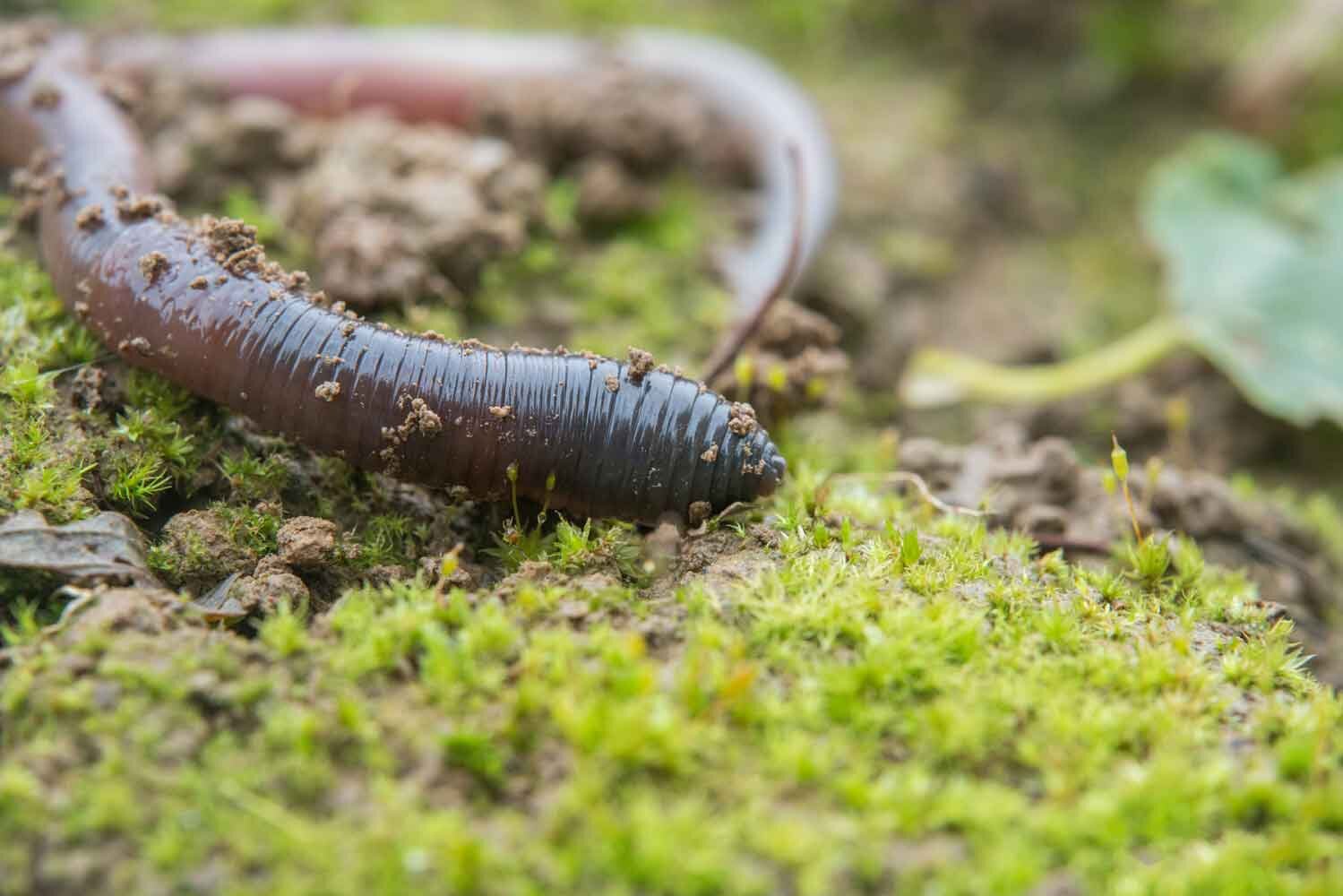 Earthworms introduced into northern North America have a negative impact on the insect fauna above ground. Soil ecologists, led by the German Centre for Integrative Biodiversity Research (iDiv) and Leipzig University describe this observation in the journal Biology Letters. The researchers found this impact for abundance as well as for biomass and species richness of insects. Their results indicate that changes in insect communities can have causes that have previously received little attention. These should be given greater consideration in nature conservation.

At least since the last ice age, about 10,000 years ago, there have been almost no earthworms in the northern part of North America. However, over the last few centuries, they have been introduced, probably through soil and plant transport from Europe. Since then, they have been dispersed and changed the soil significantly, with far-reaching consequences for the soil ecosystem. What impact these invaders have on the world above ground has, up to now, rarely been investigated.

The study was performed in a forest near Calgary in Canada, which has areas that are either inhabited or uninhabited by earthworms. Here, the researchers used insect vacuum samplers to capture aboveground insects and compared the catches. They discovered that the abundance, biomass, and species richness of insects in areas with invasive earthworms and in areas without them differed significantly. Where earthworm biomass was highest, the number of insect individuals was reduced by 61%, insect biomass by 27% and species richness by 18%.

“We had expected that earthworms would have an impact on aboveground insects,” says lead author Dr. Malte Jochum from iDiv and Leipzig University. “Even so, I was surprised at how pronounced the effects were, and that not only the abundance but also biomass and species richness were affected.”

The mechanisms by which the earthworms affect the insects are, however, still not clear. “It’s possible that the earthworms eat the food and reduce the habitat of those aboveground insects, such as beetles and fly larvae, which break down dead plant material,” says Jochum.

Since the majority of insects are herbivores, it could also be hypothesized that the observed decline in insects is due to changes in the vegetation caused by altered soil conditions. In this case, however, the researchers were unable to detect any significant alteration in the number of plant species or plant coverage. “Still, this doesn’t rule out the influence of the plants,” says Jochum. However, the data on species composition and other functional characteristics of the plant communities have yet to be evaluated.

The increase in predatory insect species and spiders was also striking. These seem to be benefitting from the changes.

Underestimated causes for biodiversity loss to be considered in conservation

“Up to now, only a few causes have been used to explain global changes in insect populations; mostly alterations in habitats above the ground,” says senior author Prof Nico Eisenhauer from iDiv and Leipzig University. “These new results show that biodiversity loss can also have other causes which have, so far, received little attention and that these should be taken into consideration when developing management and conservation strategies for biodiversity.”

Introduced earthworm species are not only found in North America but on almost every continent. However, since there had been very few earthworms in northern North America for a very long time, the effect of these invaders is particularly pronounced. “For regions like Europe, where natural communities have always co-developed with earthworms, comparable negative effects due to new earthworm species are very unlikely,” says Jochum. “Quite the opposite. Here they are important ecosystem engineers, which many important ecosystem functions depend on.”

Fast & Furious Crossroads Will Be Delisted Next Month, Less Than 2 Years After Release

‘Shang-Chi and the Legend of the Ten Rings’ Sparks Online…