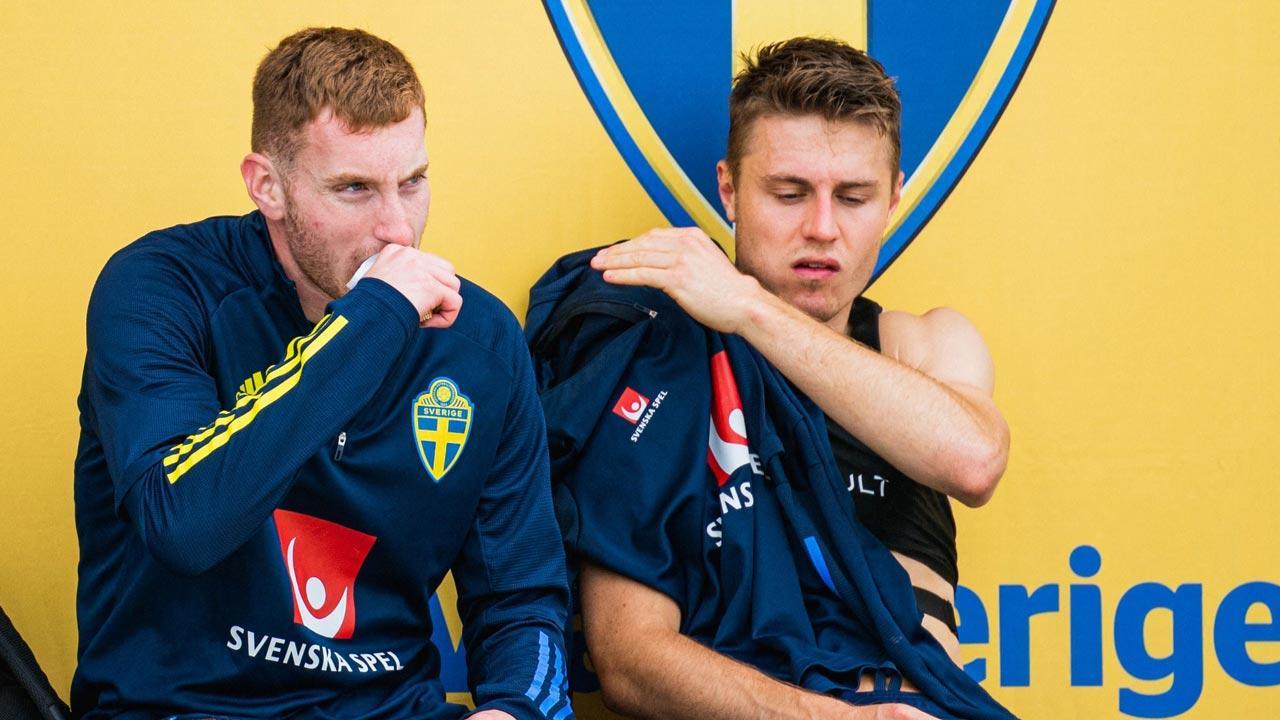 Sweden`s Euro 2020 squad will be subjected to stricter Covid measures after two players tested positive, star winger Dejan Kulusevski and midfielder Mattias Svanberg who will both miss the team`s opener against Spain, the Swedish FA said Wednesday. While Kulusevski was ruled out on Tuesday, Svanberg`s second test on Wednesday confirmed he will also have to sit out Monday`s match in Seville. “Svanberg won`t be able to play,” a team spokesman told AFP. Brentford defender Pontus Jansson skipped Wednesday`s morning practice after feeling “tired”, but coach Janne Andersson told a press conference that his Covid test had come back negative. Other players tested earlier in the day also returned negative results.

“Since two players have now tested positive a meeting was held on Tuesday evening with the medical team and team coaches where different measures were discussed to limit the risk of a spread of the infection,” the association said in a statement published late Tuesday. The Swedish squad will now be subjected to daily antigen tests and an increased number of PCR tests, and indoor meetings will be held in smaller groups and in the biggest rooms available. Time limits will also be set on players receiving treatment with sessions to be held outdoors if possible. The squad, which had already lost its star striker Zlatan Ibrahimovic to injury just weeks before the start of the tournament, hopes to avoid a further spread of the virus with just days to go before its opening match.

Andersson said he hoped that Juventus midfielder Kulusevski, who has already had a previous Covid infection, would recover in time for the team`s second match on June 18 against Slovakia. According to UEFA rules, if a team is partially placed in quarantine or isolation, the match can go ahead as long as the team has at least 13 players including a goalkeeper. UEFA can also reschedule a match within 48 hours, or relocate it. If none of those options are possible, the team responsible for the cancellation of the match will be handed a 3-0 defeat. Sweden does not plan to vaccinate its players for the Euro. “It`s not fair that we would be vaccinated before everyone else,” Andersson said Tuesday, referring to Sweden`s ongoing strategy of vaccinating people by descending age categories. “I think it`s good that old and sick people go first,” team doctor Anders Valentin added. So far only two players are fully vaccinated, one has received a first dose and several others have antibodies.

Denial of responsibility! My droll is an automatic aggregator of the all world’s media. In each content, the hyperlink to the primary source is specified. All trademarks belong to their rightful owners, all materials to their authors. If you are the owner of the content and do not want us to publish your materials, please contact us by email – [email protected]. The content will be deleted within 24 hours.
covidCovid-19Dejan KulusevskiEUROeuro 2020football newsMattias Svanbergsports news
0
Share