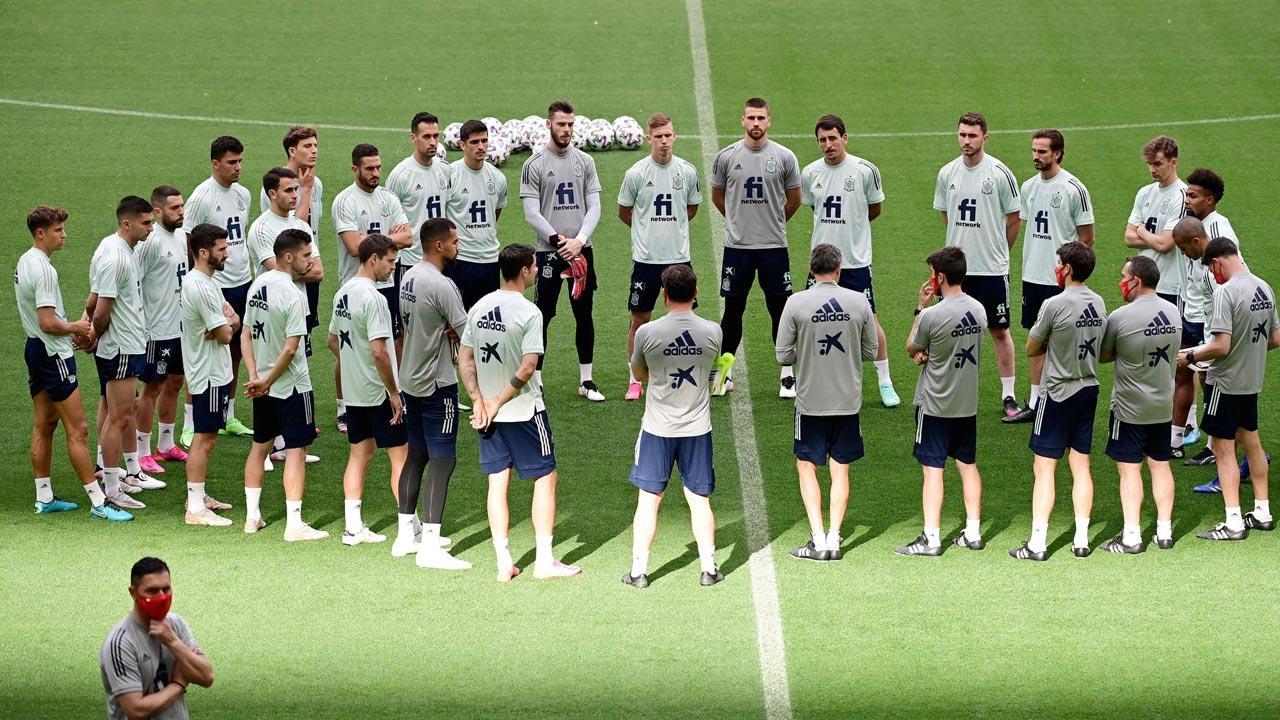 Spain have set up a “parallel” squad of 17 reserves for Euro 2020 who may have to play if the Covid-19 infections among its players spread, team management said on Wednesday. In a decision announced just hours after Spain defender Diego Llorente became the second player to test positive for Covid-19, the Spanish football federation (RFEF) announced in a statement posted on its website that it was setting up a “parallel bubble”.

The RFEF said it had called in 11 players to join six backups who were already acting as cover for the coronavirus-hit first-choice squad. Captain Sergio Busquets tested positive on Sunday, just a week before Spain open their Euro campaign on Monday, playing Sweden in Group E in the southern city of Seville. Sweden`s Euro 2020 squad has also been hit by infections, with two players, star forward Dejan Kulusevski and midfielder Mattias Svanberg, testing positive, its federation said Tuesday. Since Busquests tested positive, Spain`s entire Euro squad has been in isolation. The 11 newcomers were part of an Under-21 team that thumped Lithuania 4-0 on Tuesday evening in Spain`s final warm-up match ahead of the Euro.

“The coaching staff of Spain`s national team have decided 11 internationals initially called up for the match against Lithuania will remain part of the senior national team,” it said. “This group of internationals will join their teammates… within a parallel bubble, created in anticipation of the possible consequences that could result from the positives of Sergio Busquets and Diego Llorente.” The players are Alvaro Fernandez, Oscar Mingueza, Marc Cucurella, Bryan Gil, Juan Miranda, Gonzalo Villar, Alejandro Pozo, Brahim Diaz, Martin Zubimendi, Yeremy Pino and Javi Puado.

Learnings from Milkha: With a friendly word and sagely…

They join six players already drafted in by coach Luis Enrique as insurance against any more positives among his squad: Rodrigo Moreno, Pablo Fornals, Carlos Soler, Brais Mendez, Raul Albiol and Kepa Arrizabalaga. The 17 reserves in their separate bubble will have no contact with the main Euro 2020 squad. Players on the first-choice squad were all to be vaccinated against Covid-19 later on Wednesday, the Spanish sports ministry said. Spain are also scheduled to play Poland and Slovakia in Group E, with all their group stage matches at the Cartuja stadium in Seville.

Denial of responsibility! My droll is an automatic aggregator of the all world’s media. In each content, the hyperlink to the primary source is specified. All trademarks belong to their rightful owners, all materials to their authors. If you are the owner of the content and do not want us to publish your materials, please contact us by email – [email protected]. The content will be deleted within 24 hours.
EUROeuro 2020football newsspainSpain 17 reservesSpain 17 squadSpain squadSpain team tested positive
0
Share

Xiaomi: Xiaomi teases accessory for Mi TVs in India, could be webcam