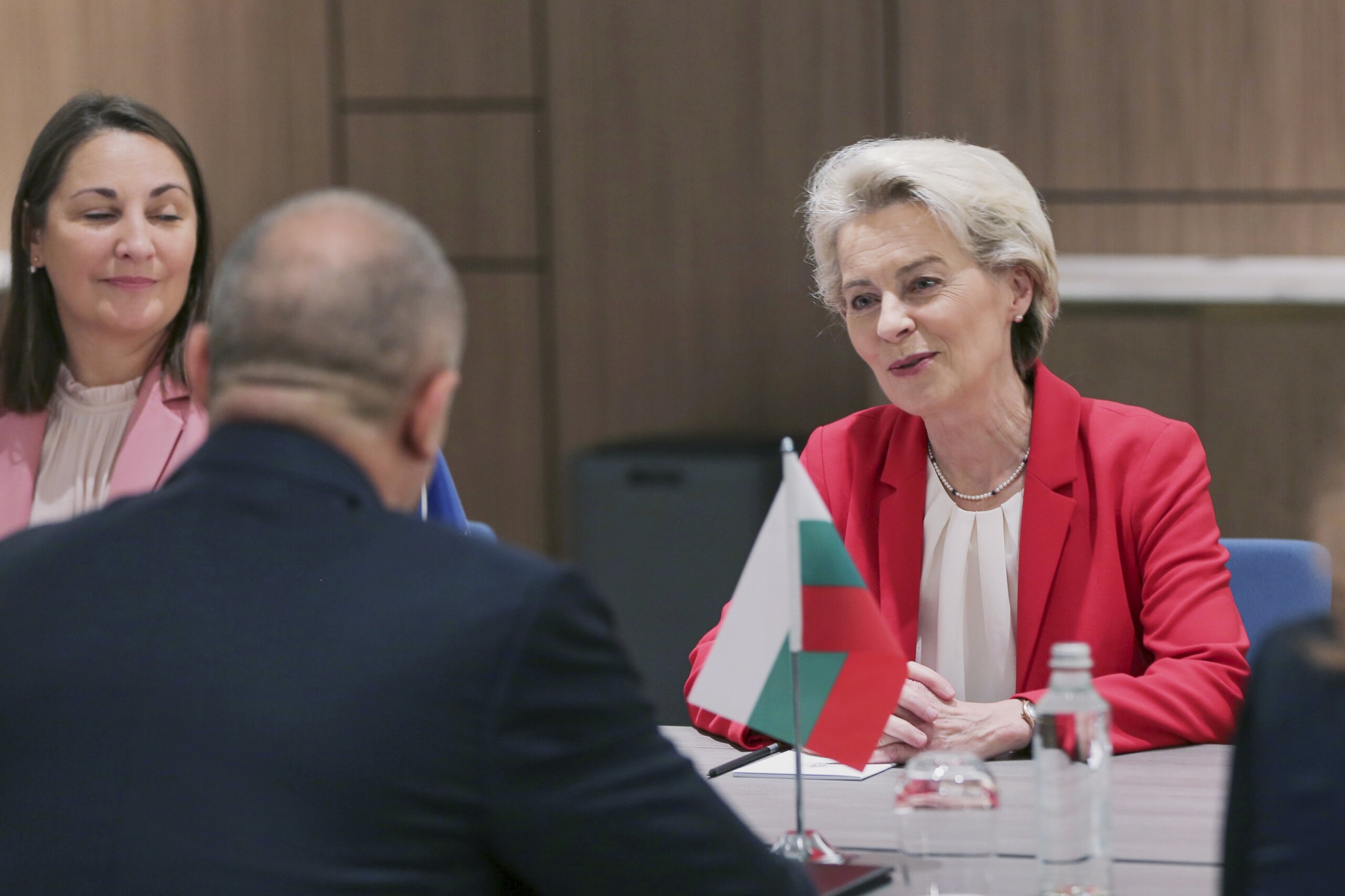 SOFIA, Bulgaria (AP) — Bulgaria opened a natural gas link with Greece at a ceremony Saturday attended by the leader…

SOFIA, Bulgaria (AP) — Bulgaria opened a natural gas link with Greece at a ceremony Saturday attended by the leader of the European Union’s executive arm, who emphasized the bloc’s determination to stop relying on Russian energy imports.

Speaking at a ceremony in Sofia, European Commission President Ursula von der Leyen hailed the pipeline as an important contribution to limiting opportunities for Russia to use its gas and oil reserves to blackmail or punish the EU.

“This pipeline changes the energy security situation for Europe. This project means freedom,“ von der Leyen told an audience that included heads of state and government from the region.

The European Commission committed nearly 250 million euros to finance the project, she said.

The importance of the Gas Interconnector Greece-Bulgaria pipeline, which was completed in July, has risen significantly after Moscow decided to turn its natural gas deliveries into a political weapon.

A second European pipeline started operating Saturday when fuel flowed through the new Baltic Pipe, which was built to carry gas from Norway’s North Sea deposits through Denmark and across the Baltic seabed to a compressor station in northwestern Poland. It’s full capacity is expected to be reached next year.

Polish, Danish and Norwegian officials opened the pipeline Tuesday in northern Poland, stressing its role for the region’s independence from Russian natural gas.

Russia has significantly cut some of its gas deliveries to Europe to demonstrate its opposition to sanctions the EU imposed over the war in Ukraine. In addition, huge methane leaks this week due to sabotage on the two undersea Nord Stream pipelines between Russian and Germany have exacerbated concerns about safeguarding Europe’s energy supplies.

In late April, Russia cut off gas supplies to Bulgaria and Poland after they refused Moscow’s demand to pay for the deliveries in rubles, Russia’s currency. In June, Bulgaria ordered the expulsion of 70 Russian diplomats, triggering an angry response from Moscow.

“People in Bulgaria and across Europe are feeling the consequences of Russia’s war. But thanks to projects like this, Europe will have enough gas for the winter,” von der Leyen said. “Europe has everything it needs to break free from our dependency on Russia. It is a matter of political will.”

The 182-kilometer (115-mile) conduit runs from the northeastern Greek city of Komotini, where it links to the Trans-Adriatic Pipeline, up to Stara Zagora in central Bulgaria. Plans call for an initial capacity of 3 billion cubic meters of gas a year, and the prospect of future expansion to 5 billion cubic meters.

The Bulgarian executive of the project, Teodora Georgieva, said the pipeline would help supply other countries in southeastern Europe.

“We have the opportunity to supply gas to the Western Balkans, to ensure supplies to Moldova and Ukraine,” Georgieva said.

Planned since the early 2000s, the Baltic Pipe received the green light in 2016 under Poland’s right-wing government, which wants to make the country fully independent of Russian energy sources.

The entire offshore route is 275 kilometers (170 miles) long. The expansion in Denmark consists of an approximately 210-kilometer (130-mile) pipeline, a new compressor station and an expansion of a receiving terminal. The project received financial support from the EU.

This story corrects that 70 Russians were expelled in June, not last month.

Follow AP’s coverage of the war in Ukraine at https://apnews.com/hub/russia-ukraine

2023 Porsche Macan Review: The little SUV to buy when you…

Priyanka Chahar Choudhary Breaks Down Because Of BFF Ankit…

Against the odds, Bakersfield median home price rose in…