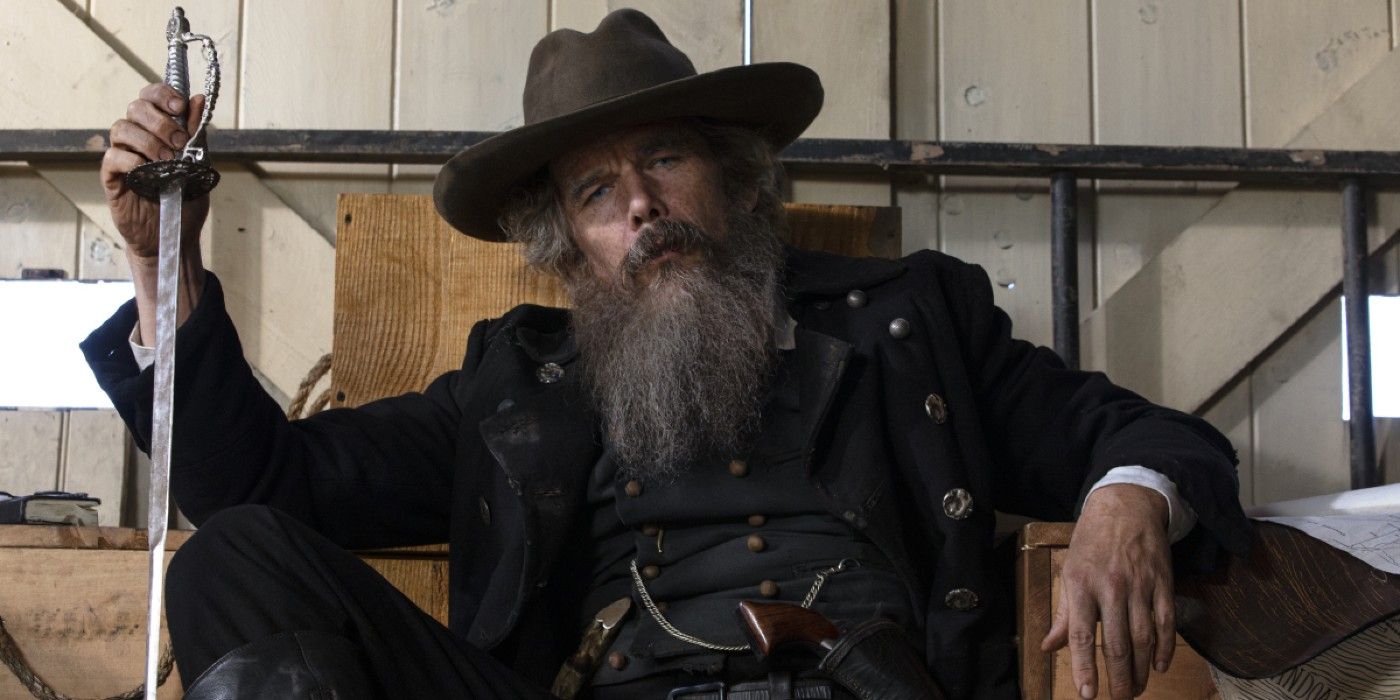 Moon Knight’s nemesis is a fellow mercenary named Bushman, but it’s unclear if that’s who Hawke will play.

The Hollywood Reporter broke the news, adding that it’s unclear who, exactly, Hawke will be playing, before noting that Moon Knight’s nemesis is considered to be a fellow mercenary named Bushman who turned on the hero when Egyptian gold came into the picture.

Moon Knight made his debut in 1975 and there have been several incarnations of the character since then, including an ex-Marine-turned-mercenary, a conduit for the Egyptian moon god Khonshu, and most recently, a fancy-pants consultant of sorts. As such, it’s only fitting that modern Moon Knight stories have tackled themes of mental illness, including multiple personality disorder, or as it’s better known today, dissociative identity disorder.

Earlier this week, THR reported that May Calamawy (Ramy) would co-star in Moon Knight, likely as Isaac’s love interest. Meanwhile, the series will be directed by Egyptian helmer Mohamed Diab, as well as Synchronic filmmakers Justin Benson and Aaron Moorhead. Production is slated to start in March in Budapest.

Hawke’s casting in Moon Knight comes as a bit of a surprise, as the actor has previously indicated a lack of interest in comic book movies and other superhero stories. A two-time Oscar nominee for Training Day and Boyhood, he’s known for his work in serious dramas, including Richard Linklater‘s Before trilogy, but he also enjoys a gnarly genre movie (The Purge, Sinister) from time to time like the rest of us.

Hawke will soon be seen alongside Anya Taylor-Joy, Nicole Kidman, Alexander Skarsgard, Willem Dafoe and Icelandic singer Björk in Robert Eggers‘ Viking revenge epic The Northman, which is bigger than anything the director has done before. I’d expect to see that film before the end of the year, while Moon Knight should debut on Disney+ some time in 2022.

“You have to change people’s perceptions of what you’re able to do as an actor.”