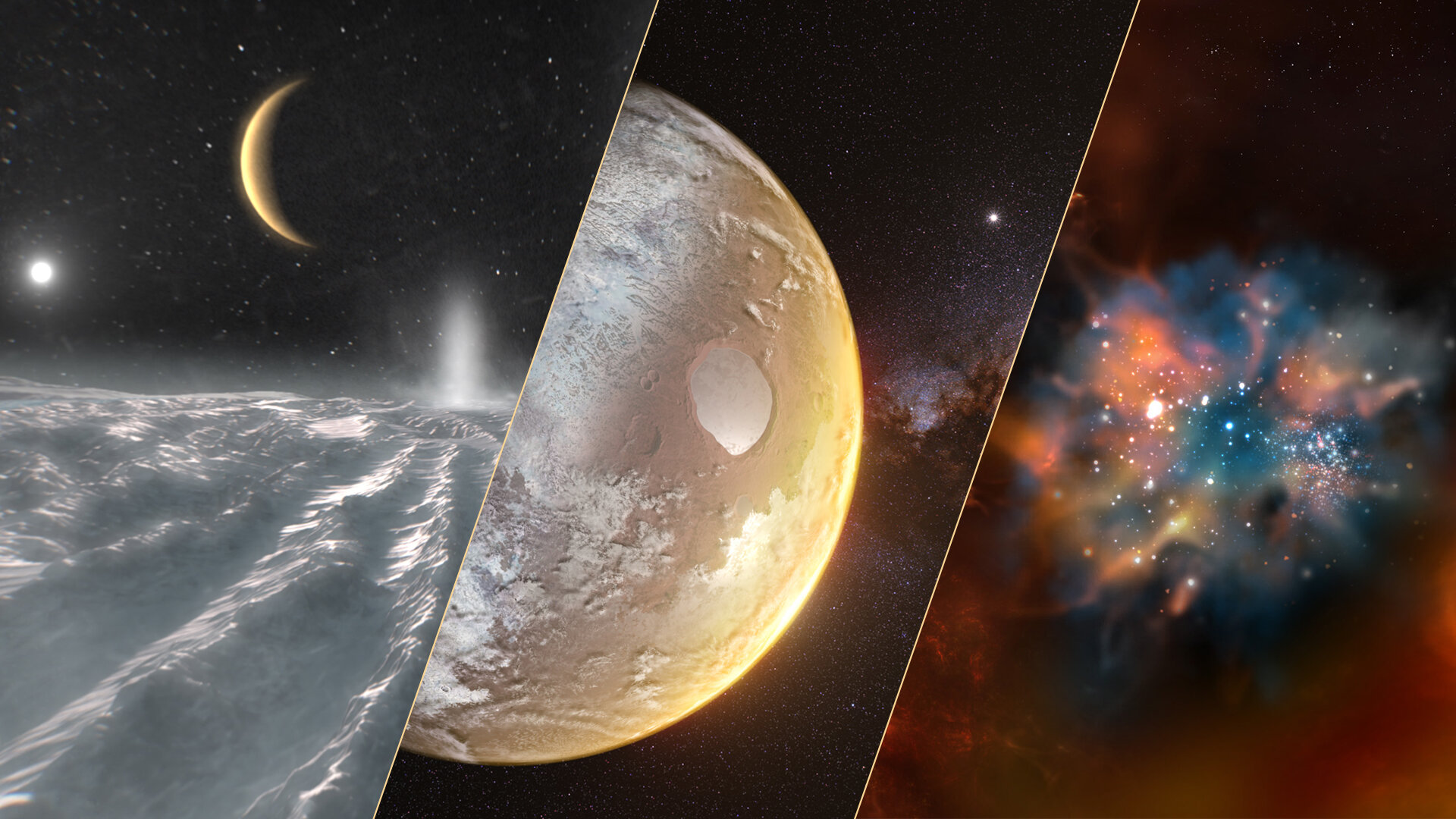 Aquarium to auction off chance to name 3 beluga whales

Readers weigh in on the ‘USS Jellyfish,’ the new…

ESA’s large-class science missions for the timeframe 2035-2050 will focus on moons of the giant Solar System planets, temperate exoplanets or the galactic ecosystem, and new physical probes of the early universe.

“The selection of the Voyage 2050 themes is a pivotal moment for ESA’s science program, and for the future generation of space scientists and engineers,” says Günther Hasinger, ESA Director of Science.

“Now that Cosmic Vision has taken shape with a clear plan for our missions until the mid 2030s, we must start planning the science and the technology we’ll need for the missions we want to launch decades from now, and that is why we are defining the top-level science themes of the Voyage 2050 plan today.”

A call for ideas for Voyage 2050 was issued in March 2019, generating close to 100 diverse and ambitious ideas, which were subsequently distilled into a number of science themes. Topical teams, comprising many early career through early scientists from a broad range of space science expertise areas, carried out an initial assessment of the themes and reported their findings to a senior science committee. This committee was tasked by the Director to recommend not only science themes for the next three large-class missions following the Jupiter Icy Moons Explorer, Athena and LISA, but also to identify potential themes for future medium-class missions, and recommend areas for long-term technology development beyond the scope of Voyage 2050. The science themes were selected by ESA’s Science Program Committee at a meeting on 10 June 2021. The specific missions themselves will be selected in due course when ESA issues individual calls for mission proposals.

“The Voyage 2050 plan is the result of a significant effort of the science community, of the topical teams, and of the senior committee who contributed to such a lively and productive debate to arrive at this outstanding proposal,” says Fabio Favata, Head of the Strategy, Planning and Coordination Office. “Voyage 2050 is setting sail, and will keep Europe at the forefront of space science for decades to come.”

The top three priorities for future large-class missions are identified as:

Moons of the giant planets

Investigating the habitability potential of worlds in our Solar System is essential for understanding the emergence of life, and is of particular relevance in the search for Earth-like planets beyond our Solar System. Building on the legacy of the international Cassini-Huygens mission to Saturn and ESA’s upcoming Jupiter Icy Moons Explorer, a future outer Solar System mission with advanced instrumentation would focus on the study of the connection of ocean-bearing moon interiors with their near-surface environments, also attempting to search for possible biosignatures. The mission profile might include an in-situ unit, such as a lander or a drone.

From temperate exoplanets to the Milky Way

While the exoplanet topic is considered to have a high scientific priority, solidifying Europe’s leadership in the field of exoplanets beyond the lifetime of Cheops, Plato and Ariel, an informed choice between a study of the less accessible regions of our Galaxy and the study of temperate exoplanets needs to be made involving the interested scientific community to assess the likelihood of success and feasibility of missions within the large mission boundary conditions.

How did the universe begin? How did the first cosmic structures and black holes form and evolve? These are outstanding questions in fundamental physics and astrophysics that could be addressed by missions exploiting new physical probes, such as detecting gravitational waves with high precision or in a new spectral window, or by high-precision spectroscopy of the cosmic microwave background—the relic radiation left over from the Big Bang. This theme follows the breakthrough science from Planckand the expected scientific return from LISA, and would leverage advances made in instrumentation to open a huge discovery space. Additional study and interaction with the scientific community will be needed to converge on a mission addressing this theme.

A bright future for medium-class missions

The Voyage 2050 committee identified themes across all domains of space science, from solar system science to astrometry, astronomy, astrophysics and fundamental physics, showing that breakthrough science can continue to be achieved within the medium-class mission cost-cap. Medium missions will continue to be selected through future open “Calls for missions.”

Medium-class missions also provide a route for Europe’s participation in ambitious missions with international partners. This could include contributing to NASA’s next-generation astronomy observatories—much like the current James Webb Space Telescope partnership—or to future outer Solar System missions, for example.

Technology development for the next century

In discussing the possible large mission themes, the Voyage 2050 committee identified several areas where the science return would be outstanding but the technology would not reach maturity by the timeframe of Voyage 2050. The committee therefore recommended investment in a number of technologies so that these themes could become a reality in the second half of this century. This covers topics such as cold atom interferometry for atomic clock development, enabling X-ray interferometry for the future study of compact objects like black holes, and developments for future planetary missions: in particular better power sources to enable the exploration of the outer Solar System, and advances in collecting and storing cryogenic samples of cometary ices for a future sample return mission.

Long-term planning is essential to ensure success in future space science endeavors. Cosmic Vision 2015-2025 is the current planning cycle for ESA’s space science missions. It was created in 2005, and is predated by the Horizon 2000 plan prepared in 1984, and Horizon 2000 Plus, which was drawn up in 1994–95. To put these plans in context, comet-chasing Rosetta and its lander Philae, and ‘time-machine’ Planck and astronomy observatory Herschel all began life in Horizon 2000. Gaia, Lisa Pathfinder and BepiColombo were all conceived in Horizon 2000 Plus. Cosmic Vision missions are just being realized today: the exoplanet mission Cheops launched in 2019, and Solar Orbiter in 2020. Jupiter Icy Moons Explorer, Athena and LISA are all large-class missions in the Cosmic Vision plan. Large missions in particular require significant technology development, which often takes a number of years. Therefore, it is important to start defining the necessary technology well in advance, to ensure that ESA’s Science Program can secure a world-class, forward-looking series of missions for future generations.

Venus hotter than ever: 3rd new robotic explorer on horizon

Razer reveals a more affordable version of its Opus headphones