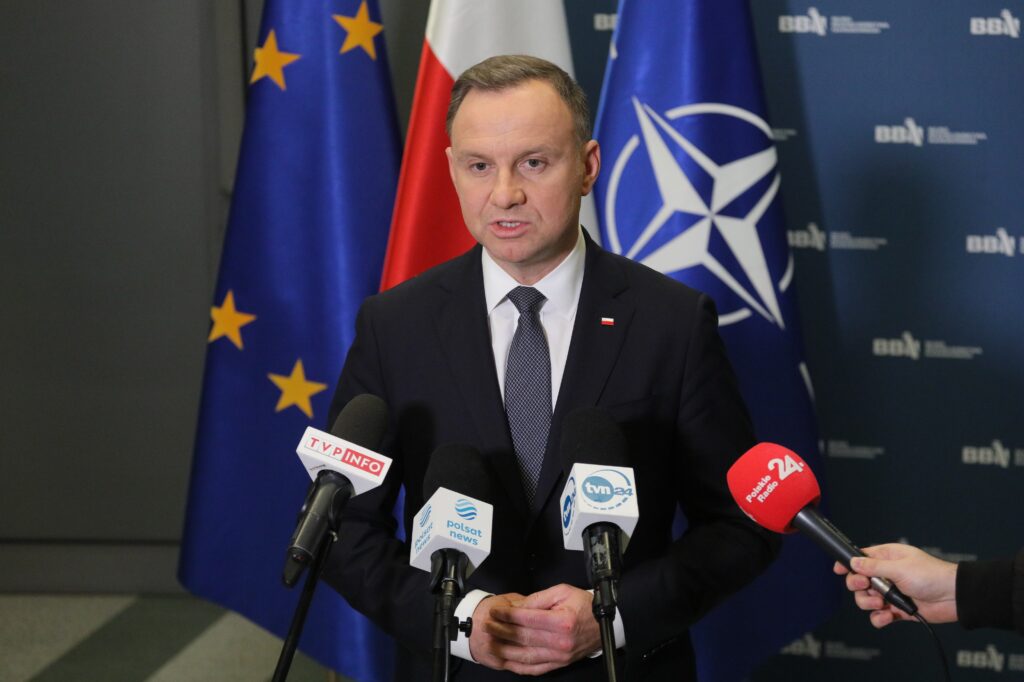 A missile that crossed into Poland on Tuesday and killed two people likely came from Ukrainian air defenses trying to knock down a barrage of Russian rockets, the Polish government and NATO’s chief said Wednesday.

“Nothing indicates that this was an intentional attack on Poland,” said Polish President Andrzej Duda.

Prime Minister Mateusz Morawiecki said that means Poland may not need to invoke Article 4 of the North Atlantic Treaty, which convenes NATO members to discuss whether a country’s “political independence or security” is threatened.

NATO Secretary-General Jens Stoltenberg chaired an emergency meeting of alliance ambassadors on Wednesday in Brussels to discuss the incident.

After the session, he said information so far suggests the missile that landed in Poland came from Ukrainian air defenses fighting off a massive Russian attack on Tuesday that saw the country pummelled by dozens of missiles that caused blackouts across Ukraine.

Duda said the explosion that killed two people in the village of Przewodów, about six kilometers from the Ukrainian border, was likely caused by the missile’s propellant, saying it was probably an S-300 anti-aircraft rocket produced in Soviet times.

“There is also no evidence that it was fired by the Russian side,” he said, calling it “an unfortunate incident.”

Earlier, U.S. President Joe Biden said it was “unlikely in the lines of the trajectory that it was fired from Russia, but we’ll see.”

The stakes behind figuring out who fired the missile are immense. Poland, as a member of NATO, is covered by the pact’s common defense commitments, which could involve the alliance directly in the war in Ukraine.

Ukraine’s allies aren’t blaming Kyiv for the incident, noting the country was trying to defend itself.

“Let me be clear, this is not Ukraine’s fault. Russia bears ultimate responsibility,” Stoltenberg said.

Poland has boosted its air defenses and authorities are on the scene of the missile blast. But Tomasz Szatkowski, Poland’s NATO ambassador, did not signal that major defensive shifts were on the way.

“Certainly they’ll be fine-tuning the system, but there’s no reason to introduce some radical changes,” he told reporters on Wednesday.

Szatkowski noted that the accidental nature of the incident made it harder to detect the incoming missile.

“Had it been an intended attack, it’s very likely we would have been able to detect it, and perhaps even counter this attempt,” he said.

And since authorities have concluded the attack wasn’t deliberate, Szatkowski said there wasn’t a need to activate NATO’s Article 4 gathering.

“One has to analyze whether it’s proportionate to use this actual political — to send an actual political signal,” he said. “In current circumstances, we’ve assessed that there was no intent of a deliberate attack against Poland.”

‘Sex Lives of College Girls’ Season 1 Recap: What Went Down

How is carpet, built-up and super built-up area calculated?