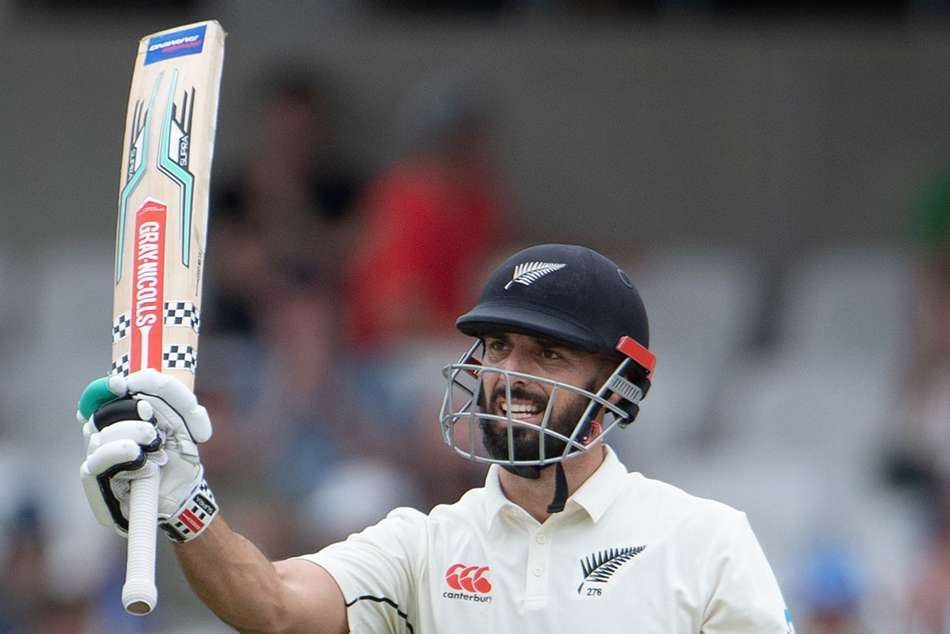 The 31-year-old Mitchell has produced career-best form on this tour, despite England getting the better of New Zealand and coming to Leeds with an unassailable 2-0 series lead.

This third Test produced an absorbing first day, with New Zealand reaching stumps at 225-5, an impressive recovery after teetering at 83-4 early in the afternoon.

It was Mitchell, after centuries at Lord’s and Trent Bridge, who led the resistance, with able support from Tom Blundell, also enjoying a stellar tour with bat in hand.

Mitchell reached the close on 78 not out, with Blundell alongside him on 45, their partnership already worth 102 runs. Mitchell had enjoyed a moment of good fortune on eight when he was pinned in front by Matthew Potts but given not out, with England not challenging the decision. Replays showed he was plum in front.

The sixth-wicket pair were brought together after an extraordinarily odd end to Henry Nicholls’ slow-paced vigil.

Nicholls had crawled to 19 from 98 balls when he drove uppishly down the ground off Jack Leach. The ball looked destined for the boundary but instead clattered off the raised bat of Mitchell at the non-striker’s end and deflected away almost at a right angle to find the alert Alex Lees at mid-off.

Lees held on, as Leach wore a look of complete confusion and Nicholls cursed his luck.

Stuart Broad had earlier struck in the first over, drawing an edge from Tom Latham to Joe Root at slip. Leach took a wicket with his first delivery, beating the confused defences of Will Young and pinning the batsman in front. New Zealand challenged, but DRS showed the ball would have hit two thirds of the way up middle stump, with no suggestion of an edge.

Broad drew a thin edge from Kane Williamson just as the New Zealand captain was beginning to look like anchoring the innings, and England newcomer Jamie Overton bowled Devon Conway via an inside edge for a maiden Test wicket.

Nicholls departed in absurd circumstances, but Mitchell and Blundell again looked the part either side of a short rain delay, with this Test boiling up nicely.

New Zealand beat England by 199 runs in their last men’s Test at Headingley, in May 2015. Both teams made exactly 350 in the first innings of that contest, before New Zealand took control to earn just their second Test win against England from eight meetings at the Leeds venue (D1, L5).

Joe Root made scores of 1 and 0 in that match, and keeping England’s batting danger man down to another low score when the home side get to bat could again be key this time.

Colorful and Size-Inclusive Underwear and Loungewear