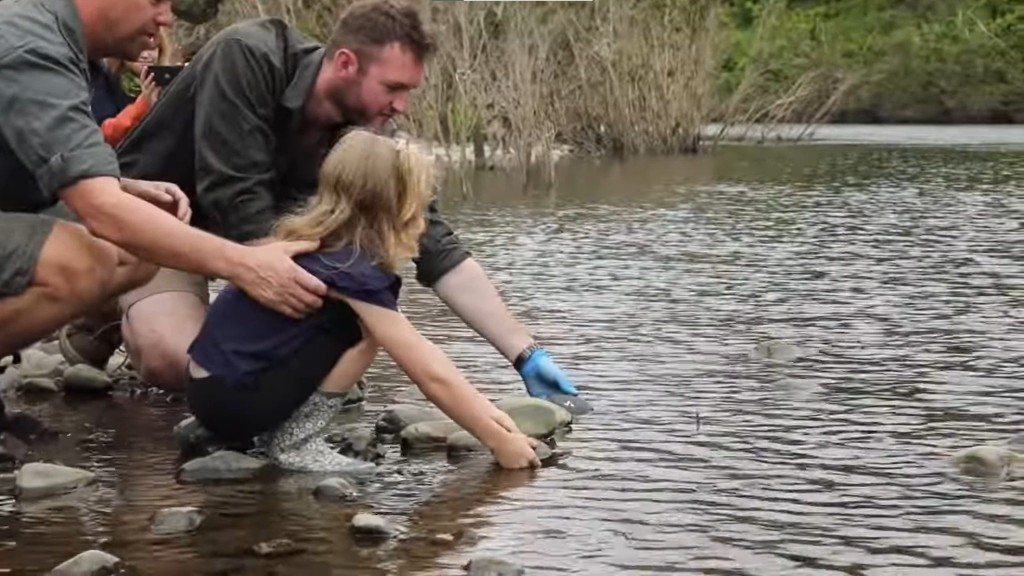 Australian conservationists have released 10 juvenile turtles into the wild, which they had saved from becoming charred omelets during the 2020 bushfires.

The Manning River turtle is one of Australia’s most endangered reptiles, but a conservation program put into place years ago to stop the loss is now coming good.

Capable of living only in the upper Manning River catchment on the Mid North Coast of New South Wales, the Manning River turtle can be picked out of a reptile lineup due to the distinctive yellow strip down their cheek and neck.

The conservation group Aussie Ark established a breeding program for the turtle in 2018—the first in the world, and the 10 turtles released in early November were a first for the program as well.

They were hatched from eggs at a monitored nest in the path of the 2020 Australian wildfires, and that were rescued by the volunteers of the program.

SIMILAR: Georgia Sets Turtle Record With Most Loggerhead Nests Ever Counted on the Beach –LOOK

Director Tim Faulkner called it a “monumental, historical day” that was a “very special day for these turtles.”

“This is what the program is all about; rescuing an endangered species and getting them back to the wild,” he told national news. “Getting to see them swim off into the river is not a sight I will soon forget.”

One of the biggest problems facing the river population is the predation by foxes of adult females after they come on land to lay their eggs. As a result, the population of juveniles is almost non-existent.

The Manning River was monitored for months before the release, with Aussie Ark waiting for the optimal mix of food and nesting habitat.

The 10 newly-released turtles will soon be joined by another group of 10 that hatched between March and April of this year, though Aussie Ark hopes to be soon releasing many more as their breeding program expands.

WATCH the reptiles swim in their home river again…

Rajini Krishnan’s RACR riding school to be held on January 7,8