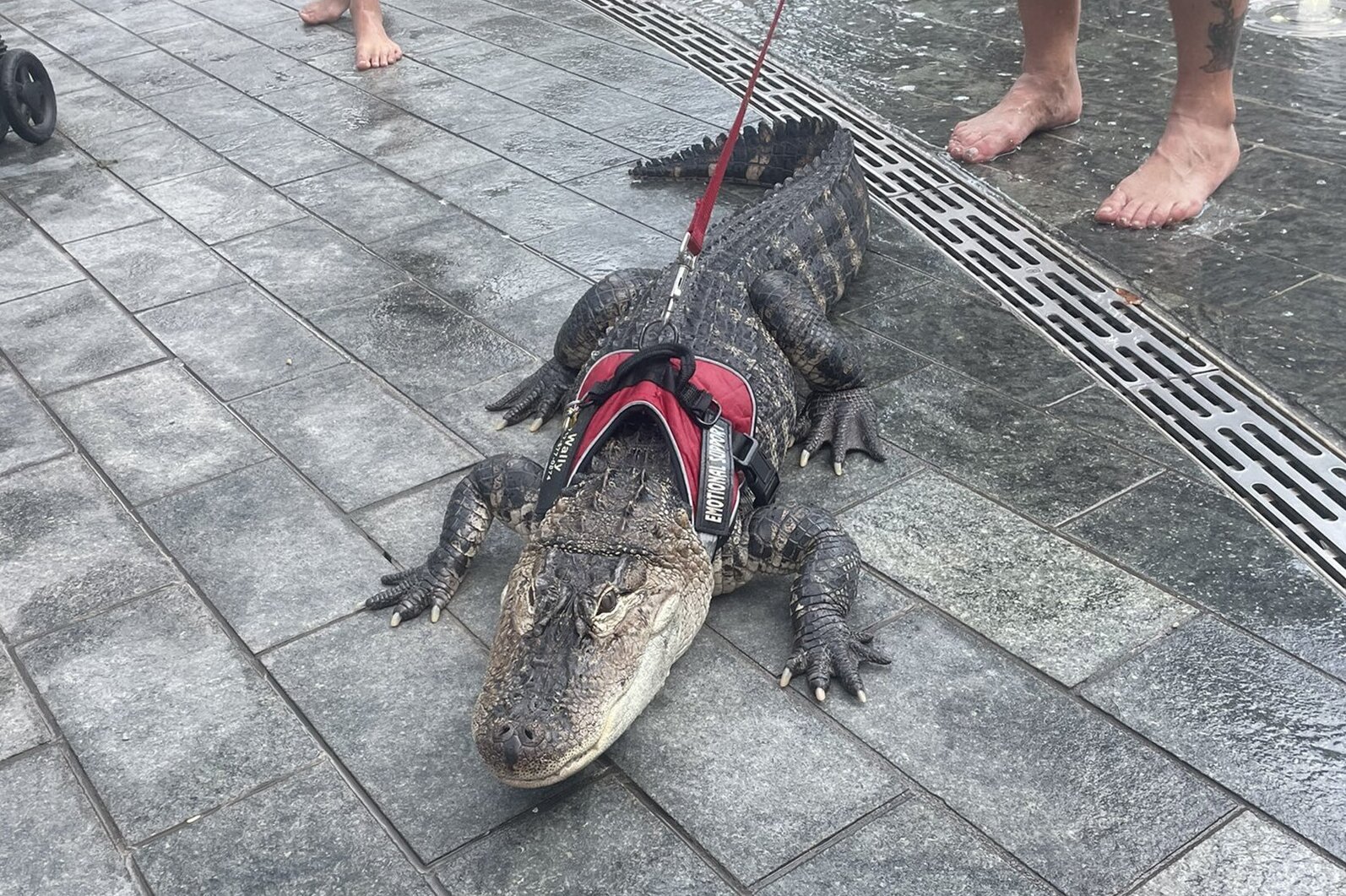 Bystanders had an up-close and personal encounter with an alligator in Philadelphia’s Love Park.

Bystanders had an up-close and personal encounter with an alligator in Philadelphia’s Love Park.

But the reptile isn’t a wild beast: It’s the emotional support animal of a Philadelphia man who runs several social media accounts documenting his loving relationship with Wally the alligator.

Several visitors to the park, as well as Wally’s owner, Joie Henney, posted images and videos of the affable alligator on a leash, greeting visitors and wandering through the water sprayed by the fountain.

Henney told CNN that he acquired Wally six years ago. A longtime reptile rescuer who has worked with alligators for 30 years, Henney was contacted by a friend working in Florida.

“There was an overabundance of gators in that area,” Henney said.

In Florida, so-called “nuisance alligators” must be either euthanized or transferred into captivity, he explained.

Wally was removed from a lagoon in Florida, said Henney. His friend brought the baby gator, then just 20 inches long and a little over a year old, to Pennsylvania.

Thus began a unique relationship between man and alligator.

“Wally has been quite different than any alligator I’ve ever dealt with in the past 30 years,” said Henney. “He doesn’t show anger. He doesn’t show aggression. He hasn’t since the day he was caught. We never could understand why.

“He’s just loveable. He sleeps with me, steals my pillows, steals my blankets. He’s just awesome.”

Wally’s easygoing personality led Henney to have the gator licensed as an emotional support animal, he said. The alligator has provided comfort for him as he has undergone radiation treatments for cancer.

Most people who see Wally are “really excited and happy to see him,” said Henney.

Henney isn’t concerned about the possibility of the alligator biting someone, he said. “Wally is the only gator I’ve ever been around that refuses to bite,” he said. “It’s mind-boggling — just hard to believe.”

Their visit to the Love Park came after the odd pair visited Philadelphia to film a news segment, accompanied by his close friend Mary Johnson and her children, said Henney. Johnson helps film content for Wally’s TikTok and Instagram, and her family is “super special to me,” Henney added.

“They just had a blast,” said Henney. “People came as soon as they heard Wally was there to get a hug and get a photo with him.”

Henney hopes that Wally’s story can help encourage people to “be nice to other people.” He’s proud that Wally can help “put a smile on people’s faces — this world is rough enough.”