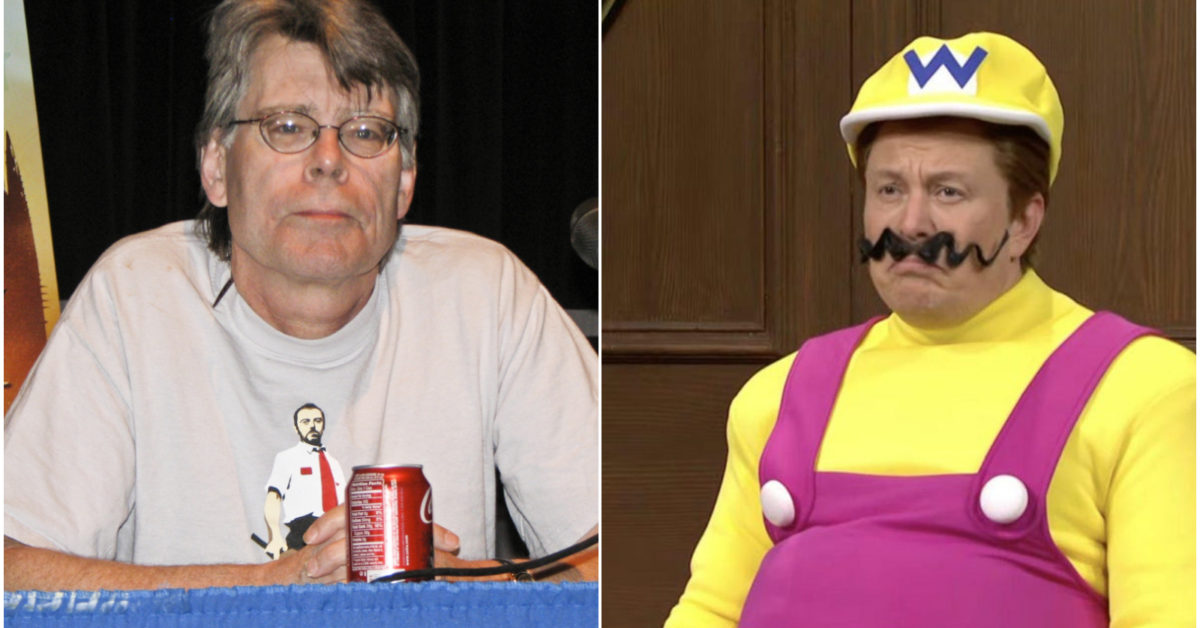 So the last time we checked in on the raging dumpster fire that is Elon Musk‘s regime running Twitter like it’s his own personal social media fiefdom (we’re just assuming) to compensate for a lot of things that might be lacking, Musk had turned reinstating Donald Trump into a weird little three-ring circus and then topped that by bringing back Kanye “death con 3 on JEWISH PEOPLE” West, back as well. And yet, for all of his bluster, there’s something about Musk that causes him to shrink in the presence of those who are clearly his better. Case-in-point, earlier this month, legendary author Stephen King called him out about charging for blue checks and turning it into a disaster of epic proportions. Musk’s responses? Well… let’s just say they were lacking (as you can see for yourselves below). Well, a little more than three weeks later, King is back calling out Musk for how advertisers are beginning to look to greener social media pastures now that Twitter looks to be heading back to its “Old Wild West” days. I’m choosing not to explain who that “My Pillow” person is because they don’t deserve the free publicity (feel free to Google), but it was a good line on King’s part. Musk’s response? Well…

Look, we get it, Elon. It’s King, and you? Well, you’re… you. While we’re still not sure what you are a “man of…,” we definitely know that you’re not a man of the written word. But still… 10 hours?!? Even rounding up, you couldn’t have paid someone to tweet a better response? Was your writers’ room locked out of Twitter HQ? And what were you doing? It clearly wasn’t running Twitter… though I guess “into the ground” is a corporate direction that does require a little work…

Now here’s a look back at King’s tweet from yesterday, making a pretty damn good point about Twitter’s slow bleed. Following that, we’re reporting our original thoughts from earlier this month when King called out Musk for the disaster that he was making out of the social media service with his “blue check’ debacle:

Pretty soon the only advertiser left on Twitter will be My Pillow.

A Look Back at Stephen King Calling Out Elon Musk & Twitter

By the time you’re done reading this sentence, our personal writing god Stephen King will have written two novels, a screenplay, two novellas, and … let’s say… three haikus? Okay, we’re kidding, but we can do that because King might be one of the best people ever to put pen to paper in the history of us putting pen-to-paper to ever walk this planet. One of the other things we love about King is his willingness to share his thoughts & feelings on a wide variety of topics. But never from a know-it-all perspective and always with a vibe that shows he’s as connected now to the pop culture landscape as ever before. So when he had something to say about SNL host Elon Musk‘s plan to charge those folks on Twitter with verified accounts (“blue-checkers”), we were all ears. And it did not disappoint because we knew there was no way that Musk could resist responding. So what follows is a very opinionated, not objective, rundown of what went down between the two… more of a serious editorial. But with jokes.

Now, here’s King expressing via Twitter the very same sentiment that millions of “blue-checkers” have been expressing since the news hit. Basically, Musk and his vision for Twitter can pretty much go f*** themselves seven ways to Sunday if he thinks he’s going to get content for free and then make the content creators pay for the “privilege” of creating content on his newest plaything.

$20 a month to keep my blue check? Fuck that, they should pay me. If that gets instituted, I’m gone like Enron.

Of course, Musk was going to respond because some folks will never pass up a chance at some self-indulgent “star-f***ery” even when the said star is pretty much calling you out. Of course, Musk jumps into already playing the victim because it’s everyone else’s fault he overpaid for Twitter. And in a weird move that proves (A) Musk will never get it because it’s not about it being $20 or twenty cents, and (B) how Musk would be the worst person ever to appear on Pawn Stars. Seriously. With one tweet, King already had Musk dropping from $20 to $8.

We need to pay the bills somehow! Twitter cannot rely entirely on advertisers. How about $8?

But here’s where it gets brain-bleedingly bad because, much like dozens upon dozens of King’s works, Musk doesn’t see himself as the problem. Oh, no! It’s a third-party boogeyman that he’s trying to fight. In fact, he needs King and all the other “blue checkers” to be his sidekicks as he takes the fight to… THE BOTS & TROLLS!!!! Now, just to be clear, in case you might have a lapse in recent pop culture history? Twitter has had a verification system in place for years, and it hasn’t stopped the bots and trolls. So charging will do what to change that? Ahhh! I know! More money means Twitter can spend more to fight bots and trolls, right? One really big problem, though…

I will explain the rationale in longer form before this is implemented. It is the only way to defeat the bots & trolls.

What do you do when the biggest troll on Musk’s Twitter is Musk himself? On Sunday, the self-described “innovator” definitely wasn’t practicing what he was preaching when he tweeted out a link to a Santa Monica Observer article that was throwing out wild allegations about the attempted assassination of Democratic House Speaker Nancy Pelosi and the brutal assault on her husband, Paul Pelosi, without a shred of evidence. When the backlash and accusations of him being a hypocrite were too much for him to deal with (and, some would say, after the damage had already been done), Musk pulled the tweet. Meanwhile, the use of the N-word and other hate speech on Twitter has skyrocketed since the ownership change.

Welcome to Elon Musk’s Twitter! Where the more things change, the more they… get very, very worse.

Truck driver apprehended for tampering with coal in Camden

A Tribute To Base Brilliance