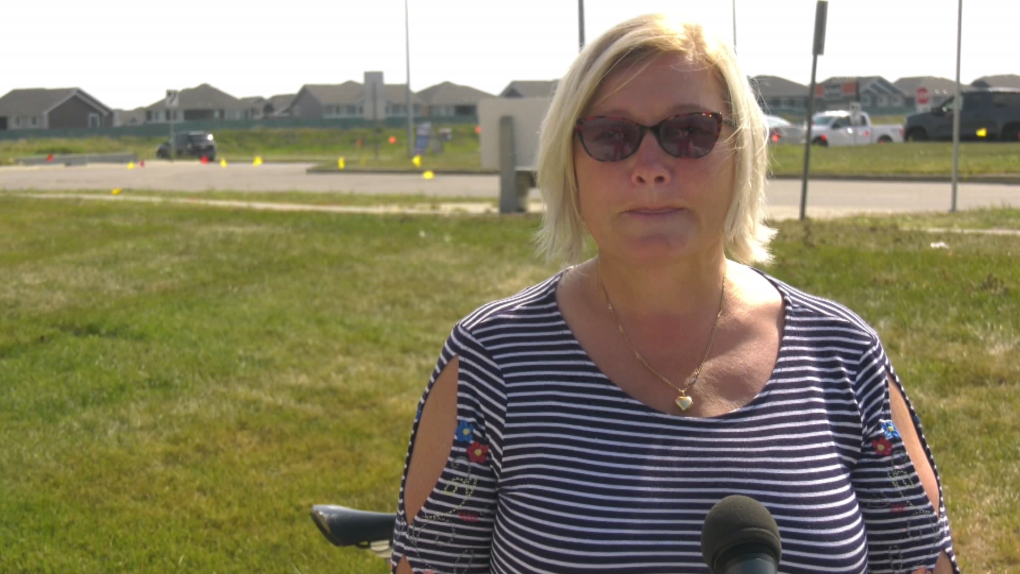 Southwest Edmonton residents are pushing the city to install traffic lights at a busy intersection many have believed to be unsafe for years.

The Windermere area intersection of 170 Street combines the arterial Hiller Road and Ellerslie Road together through a four-way stop.

For Nataliya Kuts, who has called the area home for seven years, all that is missing is a set of traffic lights.

“We have to get traffic lights to make it easier for everybody,” Kuts said. “For drivers, for bike riders, for pedestrians.”

Kuts says the intersection is always brought up when she speaks with neighbours who are worried about collisions as they drive through or get stuck behind large traffic backups.

“I feel always anxious when I come into that intersection,” she said. “We want to be happy and feel like we are not in (a) dangerous situation.”

Nataliya Kuts says she feels anxious when she is crossing or biking near 170 Street and Ellerslie Road (CTV News Edmonton).

Coun. Tim Cartmell, who represents the ward, said the intersection was initially slated to receive traffic lights this year after city administration completed a traffic review in 2021.

Throughout the past two years, Cartmell says he has heard concerns from countless ward pihêsiwin residents. 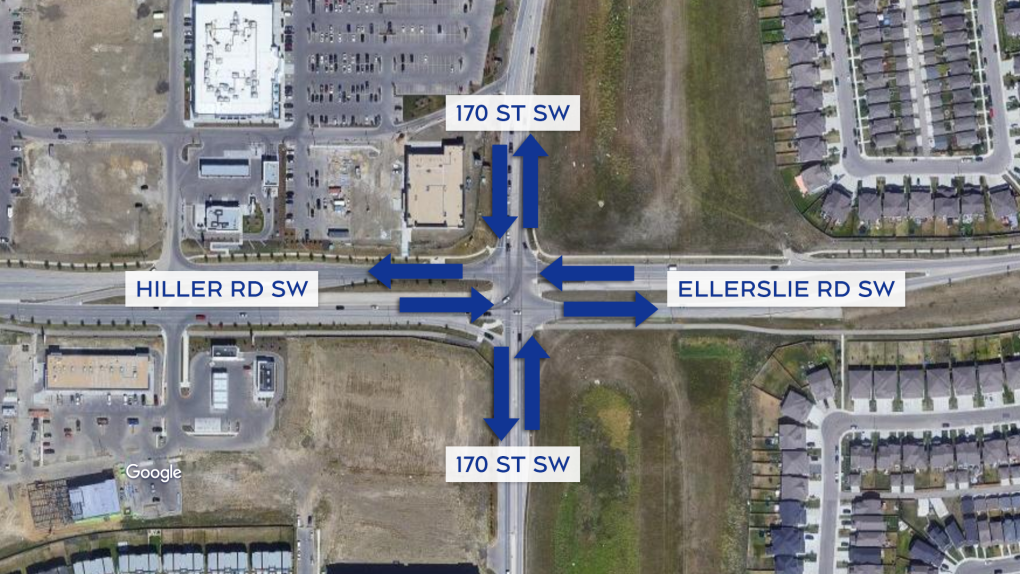 “I am just as frustrated, believe me,” Cartmell said. “I’d much rather spend my time working on something else than trying to get the city to manage their list of intersections to fix. But I will do what I have to do to get this done.”

“It’s not a dangerous intersection if it is controlled properly,” the councillor said. “What makes it dangerous is the lack of controls.”

‘WE’RE ON IT’: CITY MANAGER

Cartmell said the intersection is starting to have a compounding effect on the surrounding neighbourhoods of Keswick, Glenridding, and Ambleside, with drivers taking residential streets to avoid it.

“They start shortcutting through the neighbourhoods,” he said. “When people are impatient and in a hurry, they tend to travel down those residential roads at higher rates of speed than desired.”

He hopes the city can install traffic lights at the intersection before snow falls this winter.

“This control cannot go in fast enough,” Cartmell said. “To try to manage that (intersection) with a four-way stop, particularly in winter when it can be difficult to start and stop and all that starting and stopping polishes the road and makes it more dangerous. It’s woefully inadequate.”

Andre Corbould, city manager, told CTV News in a statement that the traffic light installation is a “priority” for city crews and is planned for October 2022.

“There are over 150 signals scheduled for installation and upgrade this year,” Corbould added.

“Construction occurs largely during warm weather months and scheduling takes into account many factors, including coordination with larger infrastructure projects and maintenance, weather, availability of electrical service contractors, and ensuring that signals around schools are completed before classes start,” he added.

“We know that people in communities right across the city all want their lights sooner rather than later. We’re on it, we’re installing them, and it’s coming.”