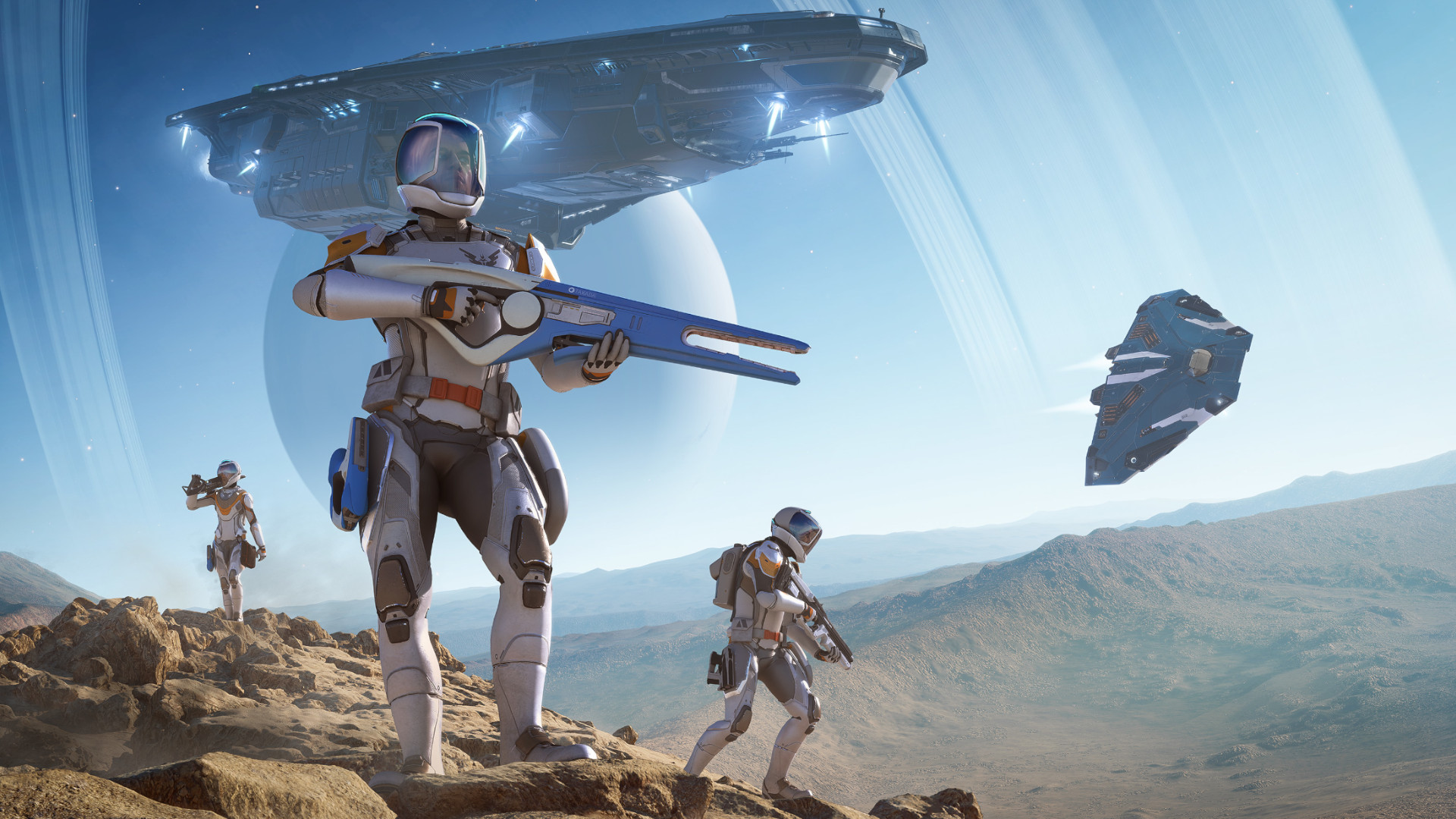 They used to lure people out to Hollywood with the promise of “your name in lights,” and Elite Dangerous has an offer that’s nearly as good – the chance at having your name immortalised in the space game as the name of a location when Elite Dangerous: Odyssey launches later this year.

Frontier announced that it has opened entries for a drawing that will see five names drawn at random and used as place names in the upcoming expansion, Odyssey. ‘The PCGamesN Nebula’ has a nice ring to it, doesn’t it? The developer will be accepting entries until January 22, at which point it will select five random names – and throw out any that are objectionable and redraw, if necessary. This is a smart clause to include; after all, this is the same internet that has come up with names like ‘Boaty McBoatface’ and told Fall Guys what to name its new hazards.

To enter, head over to the Elite forums on Frontier’s website – you’ll find all the relevant information there, including a link to the Google form you’ll use to submit your entry (Frontier recommends that you submit your own surname, but you’re not required to use that). You’ll need a Google account to participate in the contest.

You’ve got a few more days to enter, and it’s a one entry per person kind of contest.

The big addition Odyssey is bringing to Elite Dangerous is the ability to explore planets on foot, but you’ll also be able to raid settlements when the expansion, which has been slightly delayed, finally arrives.

House of El Introduces the Most Dangerous Threat on Superman’s Homeworld, Krypton

BT, Sky and Virgin users reveal the truth about their dire broadband

Scientists Find Traces Of Asteroid That Wiped Out The…