Elijah Mitchell fantasy outlook: Should you pick him? 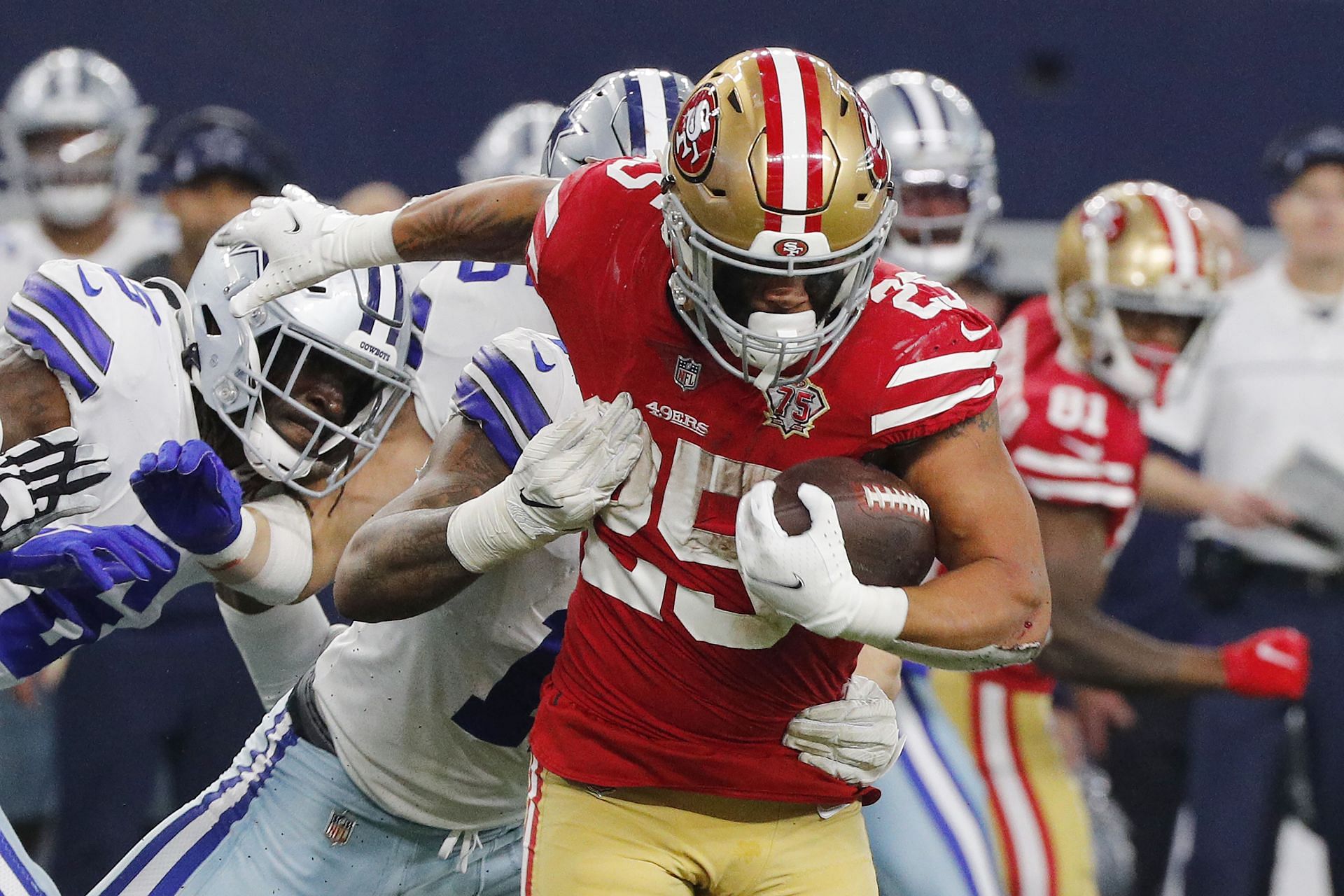 In Week 10, San Francisco 49ers running back Elijah Mitchell returns from injured reserve for their matchup against the Los Angeles Chargers. Following a knee issue in Week 1, the team put him on injured reserve.

Mitchell’s role has significantly changed in the nine weeks since he was injured. However, he is still expected to contribute against the Chargers. His fantasy significance has diminished, which is unfortunate for those who spent a premium pick on him.

For the first time this season the #49ers full offense will be on display: #FTTB #NFL

Mitchell’s recovery used to be the biggest fantasy news of the week. However, with Christian McCaffrey now on the 49ers’ roster, his role as a transition player is likely to be restricted.

Elijah Mitchell’s stats and value as a fantasy pick

The team’s starting running back going into Week 1 was Elijah Mitchell, with Jeff Wilson playing as a backup. In the season’s opening game against the Chicago Bears, Mitchell sprained his MCL and was later put on injured reserve. Wilson assumed the team’s RB1 role until Week 7 when Christian McCaffrey was acquired through a trade from the Carolina Panthers.

Before hurting his knee, Elijah Mitchell ran for 41 yards on six carries. He’ll see some action this week against the Chargers, but not enough to warrant picking him in any scheme.

There may be just enough action for Mitchell each week with McCaffrey on the roster and Deebo Samuel serving as a force in the ground game. Still, it won’t be sufficient to make him a viable fantasy choice as we advance this campaign.

The 49ers sport one of the most feared running games in the league. The offense is skilled, and with Elijah Mitchell’s return, the 49ers’ running game might improve even more.

I am starting all of the following in fantasy this week

I fully expect the 49ers offense to go off!

I am starting all of the following in fantasy this weekCMCKittleJimmy GElijah MitchellI fully expect the 49ers offense to go off!

Mitchell will return to being a regular starting option if McCaffrey got hurt. Sadly, this means that if you were counting on Mitchell’s recovery to give you a postseason boost, you might not be able to use him immediately.

Selling him as a handcuff to McCaffrey’s fantasy manager may be the only use you can find for him.

Dear Abby: Gift-giver feels a text of thanks is not enough

Up to 48,000 University of California academic workers plan to go on strike Monday