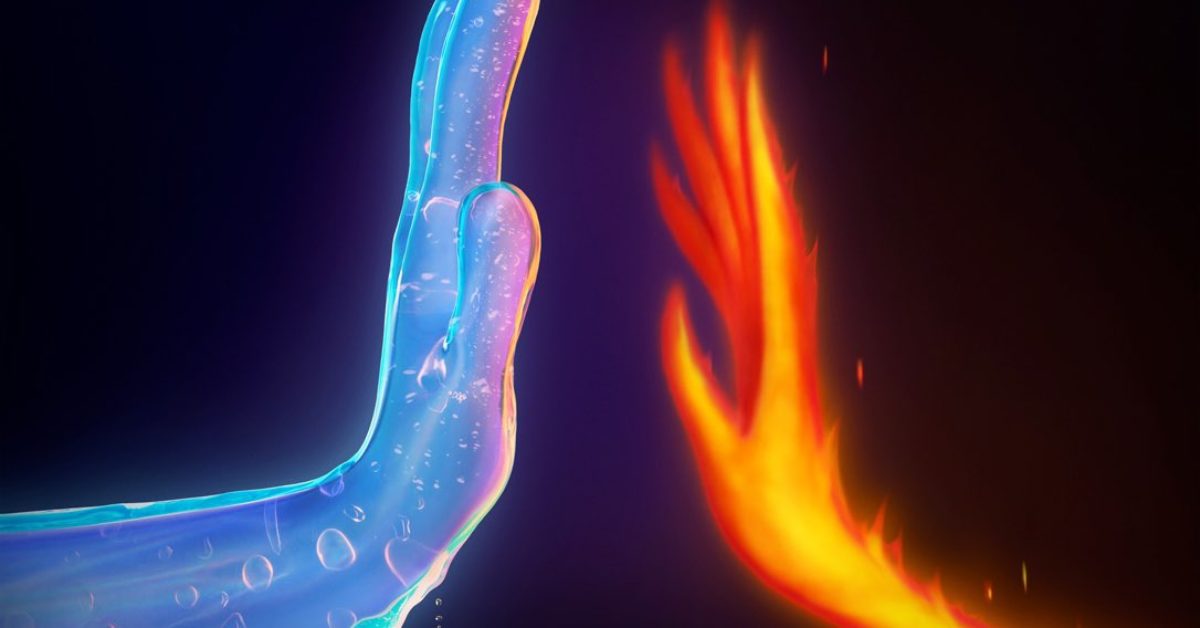 Elemental, the new film from Pixar, had a great presentation at D23 Expo’s Film and Animation panel this evening, including announcing the cast and showing the first poster and still from the film. The cast includes Leah Lewis and Mamoudou Athie playing Ember and Wain. Ember is a fire girl, and Wain is a bo made of water. They live in a world where fire, water, land, and air residents live together. The fiery young woman and water guy are thrown together and of course, start to fall for each other. The footage shown at the panel sounded very emotional, and below, you can see the two new characters and the first poster for the 2023 film.

Director Peter Sohn had this to say about the film previously, “My parents emigrated from Korea in the early 1970s and built a bustling grocery store in the Bronx. We were among many families who ventured to a new land with hopes and dreams — all of us mixing into one big salad bowl of cultures, languages, and beautiful little neighborhoods. That’s what led me to Elemental. Our story is based on the classic elements — fire, water, land, and air. Some elements mix with each other, and some don’t. What if these elements were alive?”

I gotta say, I am pretty jazzed for this one. The look of the characters is awesome, and I love what I am hearing about the story for Elemental right now. While this is going to be overshadowed now by the fact that Pixar just announced an Inside Out sequel, this weekend, here is hoping that when they release the trailer, people get more excited about it. Elemental will release in 2023, in theaters, unless Disney puts it straight on Disney+ again.

If financial literacy between the sexes has levelled, what’s holding women back?

Roblox chat filters will be reduced for users 13 and older

Vitamin C: A Guide to Everything You Need to Know

Toyota says demand is high for its vehicles despite falling…