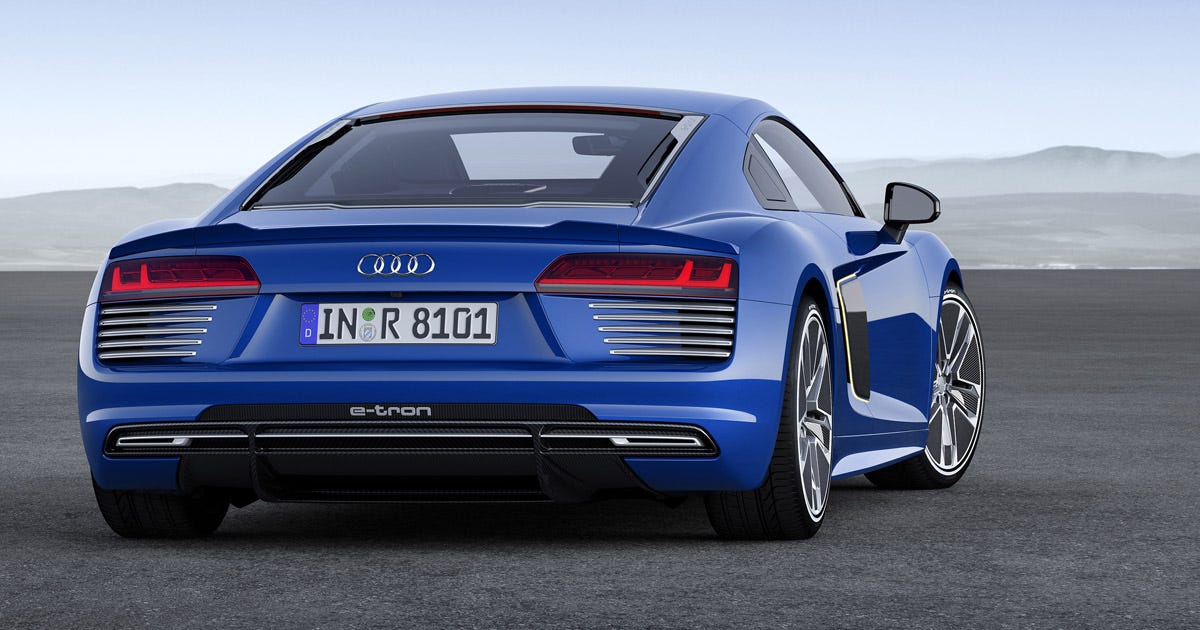 Many were worried that the advent of mass vehicle electrification would suck the fun out of driving, but it’s clear now that electric sports cars can still deliver some serious behind-the-wheel excitement. Audi has already dabbled in electrifying its most potent performers, but a new report makes it sound like the mid-2020s will bring something more exciting than anything we’ve yet seen from the German automaker.

The replacement for the outgoing Audi R8 will be electric, and it should make its debut middecade, Autocar reports, citing sources within Audi. The sources say that the car has not been given the official green light for production, but development is already underway, retaining the R8’s tenets of being a two-door supercar with more power than anything else in Audi’s lineup. The report also says that it will not be a next-generation R8, but something with a new name and a unique design.

Representatives for Audi declined to confirm or comment on anything in the report, but automakers routinely decline to discuss future products until a time they deem fit. If Autocar’s sources are right with regard to debut timing, it could be upward of a year before Audi is ready to start talking about an R8 successor.

In late 2021, Audi Sport’s head of product marketing confirmed to CNET that whatever replaces the R8 will, in fact, be an electric car. This shouldn’t come as a huge surprise, as the automaker has also confirmed that new vehicles debuting in 2026 and beyond will be all-electric. Internal-combustion engines will still be produced for existing vehicle lines beyond this date, concluding in 2033.

Autocar’s report notes that Audi has two possible platforms it could use for the R8’s electric successor. The SSP Sport platform is a possibility, set to underpin next-generation versions of the Audi E-Tron GT and Porsche Taycan EVs. But it could also use the upcoming platform that will form the basis for the electric follow-up to the Porsche 718 Boxster and Cayman twins.

The current Audi R8 isn’t done just yet, though. According to Autocar’s report, the current R8 will remain in production through the end of 2023. There will reportedly be a final special-edition variant, likely opting for rear-wheel drive instead of the automaker’s trademark all-wheel-drive layout, something Audi has dabbled with in the past to great success.

Need to keep cockatoos out of your trash? Try bricks, sticks or shoes