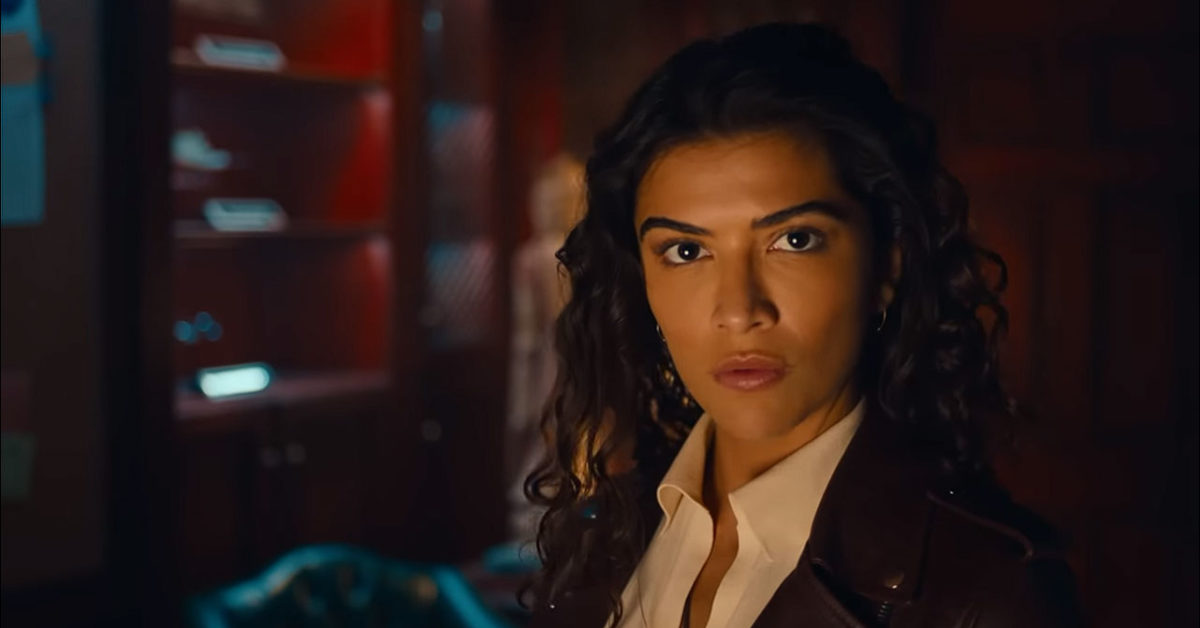 At D23 Expo, Disney released their latest trailer for National Treasure: Edge of History, which features new protagonist Jess Valenzuela (Lisette Olivera). It begins with an original holdover from the films in Harvey Keitel’s Peter Sadusky, telling her, “This holds a clue to a treasure of utmost importance. I thought about destroying it a million times” We see Catherine Zeta-Jones’ Billie enter a chamber with a party marveling at the environment, “Look at these symbols,” she beings.

The Game’s Afoot in National Treasure

Peter then continues on, “In order to prevent it from falling into the wrong hands,” as he pulls out two books. We shift back to Billie, “The daughters of plume serpent were here.” We’re then introduced to Antonio Cipriano’s Oren, who asks. “So we’re talking like an honest to god treasure map?” along with Zuri Reed’s Tasha, who acknowledges it. The trailer then goes back to Peter, who inquires about Jess’ necklace, and she responds that it was her dad’s. There’s a flashback of him fighting off an attacker with fire, who reveals that he died when she was a baby.

Jess and Tasha find a relic, which shares a symbol with Jess’ necklace. Peter begins, “What if I told you everything you know about your dad is a lie?” We meet Jake Austin Walker’s Liam, who reminds Jess of a potentially dangerous path she’s on to uncover the truth about her family. As the group finds a mysterious room, we get an Easter egg from Nicholas Cage’s Benjamin Franklin Gates, rather his more famous namesake. The final reveal is the other major film holdover in Justin Bartha’s Riley Poole, asking about the clue the group found. National Treasure: Edge of History comes courtesy of executive producers Jerry Bruckheimer, creators Cormac & Marianne Wibberley, and Jon Turtletaub, who directed the original films starring Cage. The series premieres December 14th on Disney+.

The Division: Resurgence will go into closed beta this fall