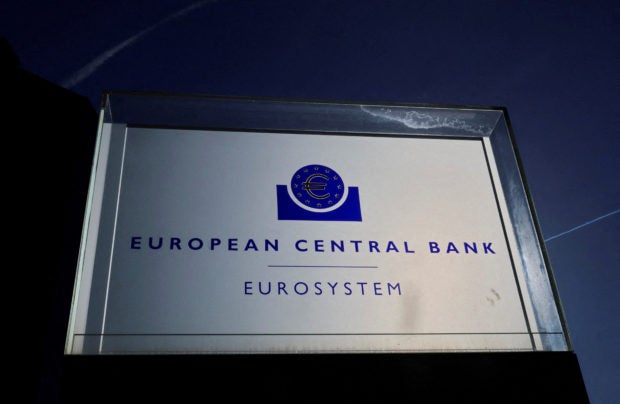 FRANKFURT  – The European Central Bank is set to begin on Friday the biggest withdrawal of cash from the euro zone’s banking system in its history, as it gives banks a first chance to repay hundreds of billions of euros in ECB loans.

The move is part of ECB efforts to fight record-high inflation in the euro zone by raising the cost of credit and it is its first step towards mopping up even more liquidity next year by trimming its multi-trillion-euro bond portfolio.

The euro zone’s central bank will announce at 1105 GMT how much banks plan to repay of the 2.1-trillion-euros ($2.17 trillion), multi-year credit they have taken under its Targeted Longer-Term Refinancing Operations (TLTRO).

While this early TLTRO reimbursement is voluntary, the ECB has given banks an incentive to get rid of those loans by taking away a rate subsidy last month.

Analysts expect banks to repay around half a trillion euros worth of TLTRO loans at this week’s window – the first of several – which would make this the biggest drop in excess liquidity since records began in 2000.

ECB policymakers will look at how the market digests this sudden drop in cash to gauge how fast they can proceed with reversing the ECB’s 3.3-trillion-euro Asset Purchase Program, which they will discuss at their Dec. 15 meeting.

The greatest impact from the repayments will be seen in peripheral countries, which would see a bigger proportion of their government bonds come back on the market after being locked at the ECB as collateral for the TLTRO loans.

“Clearly, Italy, Spain, Portugal and Greece would suffer from big repayments, whereas the impact would be smaller for Germany and France,” said Louis Harreau, a strategist at Credit Agricole.

But he cautioned there was less of an incentive for banks in southern European to repay because they relied on TLTRO for their funding to a greater extent than their northern peers.

The other area of focus for the ECB will be money markets, in which banks lend to each other for a short time.

Those markets have been hampered by the ECB’s policy for years as banks could not find high-quality bonds to use as collateral for borrowing or did not have an incentive to do so when they could simply tap TLTRO for subsidised loans.

Antoine Bouvet, a strategist at ING, said any TLTRO repayment greater than 500 billion euros would ease concerns about a scarcity of collateral but also make the Euribor rates that banks charge each other more expensive.

“If TLTRO repayments result in some indications of money market stress, the ECB could decide to introduce a new facility as a backstop to replace TLTRO but with much less generous terms,” he added.

But Marco Brancolini, a strategist at Nomura, said he did not see “much of an impact” even if banks repaid 600 billion euros.

He cited an ECB survey from last April that showed 56 percent of banks said they used TLTRO money to grant loans to the non-financial private sector and 44 percent said they also deposited some of it at the ECB.

“The latter is the part that should be repaid, with limited consequences for the real economy,” Brancolini said.

“Only a limited amount of the TLTRO funds were used to buy bonds: banks are unlikely to unwind those positions as it would crystallise losses just ahead of year end.”

Banks had until Nov. 16 to notify the ECB about their intention to repay TLTRO loans, but the reimbursement will only take place on Nov. 23.

The next repayment window is scheduled for Dec. 21, meaning some bank treasurers may choose to wait until then before making a move, analysts said.

Reality TV stars Todd and Julie Chrisley to be sentenced