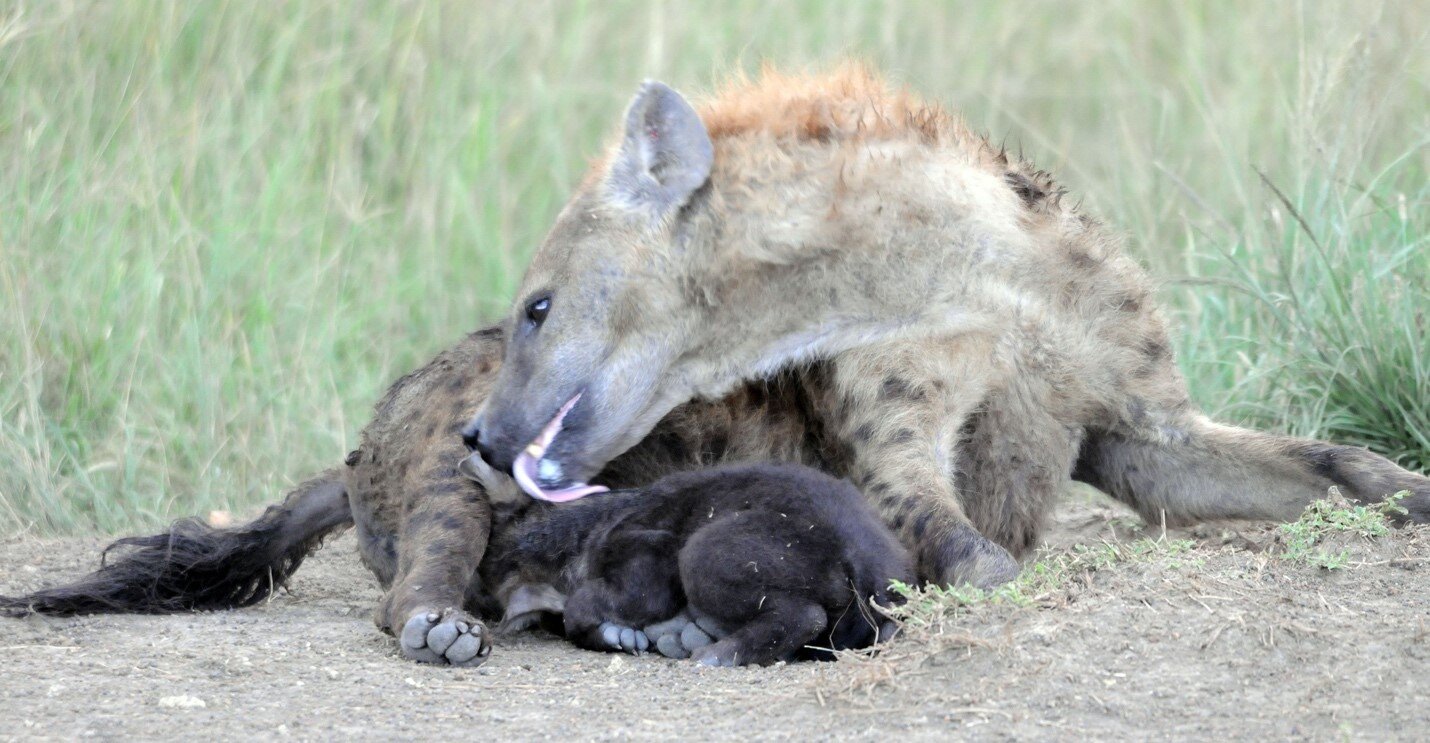 Having friends may not only be good for the health of your social life, but also for your actual health—if you’re a hyena, that is. Strong social connections and greater maternal care early in life can influence molecular markers related to gene expression in DNA and future stress response, suggests a new University of Colorado Boulder study of spotted hyenas in the wild.

Researchers found that more social connection and maternal care during a hyena’s cub and subadult, or “teenage,” years corresponded with lower adult stress hormone levels and fewer modifications to DNA, including near genes involved in immune function, inflammation and aging.

Published this week in Nature Communications, the study is one of the first to examine the association between early-life social environments and later effects on markers of health and stress response in wild animals.

“This study supports this idea that, yes, these early experiences do matter. They seem to have an effect at the molecular level and future stress response—and they’re persistent,” said lead author Zach Laubach, a postdoctoral fellow in ecology and evolutionary biology.

As far back as the 1950s and 60s, laboratory research has drawn associations between early life experiences in rodents, primates and humans and behavioral and physiological differences later in life. One landmark study published in 2004 also showed that the offspring of rats who got licked and groomed more by their mothers had less DNA methylation in a gene involved in regulating stress response. This kick-started the desire for more evidence that early life experiences could be related to patterns of modification in genes that influence stress and health.

One of the missing pieces in the past 20 years of research has been the ability to study this relationship in wild animals.

Enter the Masai Mara Hyena Project. Launched by co-authors Kay E. Holekamp and Laura Smale of Michigan State University in the 1980s, the project has collected more than 30 years of uninterrupted data on hyena populations in Maasai Mara National Reserve in Kenya. With this invaluable resource for studying animal behavior, evolution and conservation, the researchers have been able to utilize generations of data on individually known animals to draw connections between their interactions, behaviors and biological markers.

“Being able to measure behavior, physiology and molecular markers from the same population has allowed us to dig deeper into the possible mechanisms,” said Laubach, who has been working with data from this project for nearly a decade.

Hyenas are ideal for such research as they are devoted mothers, have a strict social hierarchy and follow a consistent timeline for raising their cubs. Instead of giving birth to larger litters, they typically have one or two cubs at a time. Soon after birth, the cubs move into a communal den, where they are integrated into their peer group. For the next year, they still nurse and their mother licks and grooms them, but after that the cubs start to wander out of the den and, like teenagers, learn to start making their way in the world.

The researchers found that the more socially connected hyenas were during their teenage years, the lower their baseline stress hormone levels were later in life. This generally indicates a healthy stress response: Stress hormones can be elevated in an appropriate situation—like when being chased by a lion or a higher-ranking hyena—and when nothing’s happening, levels of stress hormones remain low.

“So if you have more friends as a subadult, essentially, you have lower stress hormone levels as an adult,” said Laubach. “This suggests that the type, timing and mechanisms that link these early life experiences with stress seem to be important not only in controlled laboratory settings but also in the wild, where animals are subject to natural variation.”

In general, hyenas, like other vertebrates, benefit from the effects of stress hormones (e.g. cortisol) mobilizing energy, increasing their heart rate and shutting down non-essential functions, like digestion or reproduction, when escaping a dangerous situation. However, there are significant physical drawbacks to these processes occurring chronically, day after day in humans or other animals as the result of chronic stressors. That’s why having a healthy stress response is so critical.

“We need these stress hormones because they are critical to a variety of basic biological functions,” said Laubach. “And in the right context, like when escaping a predator, they can save your life. But when elevated chronically, these hormones can be detrimental to your health,” said Laubach.

The researchers also wanted to find out if the relationships between early life social experiences and how stress presents later in life is managed by molecular mechanisms.

To do this, Laubach and his co-authors measured and analyzed the level of care and interaction the animal received in early life and their associations with certain modifications to its DNA later in life. These modifications can, through a process known as DNA methylation, end up changing the expression of certain genes, which can in turn, affect an animal’s physiology or behavior.

The researchers found that the maternal care hyenas received during their first year of life, as well as their social connections after den independence, corresponded to differences in DNA methylation levels.

“This echoes a growing body of epidemiological work which studies how the timing of an exposure affects a health outcome. The idea is that, as an organism develops, there are certain points in time, often referred to as sensitive periods, when an exposure has a larger and a more persistent effect than if that exposure occurred at a later point in time,” said Laubach.