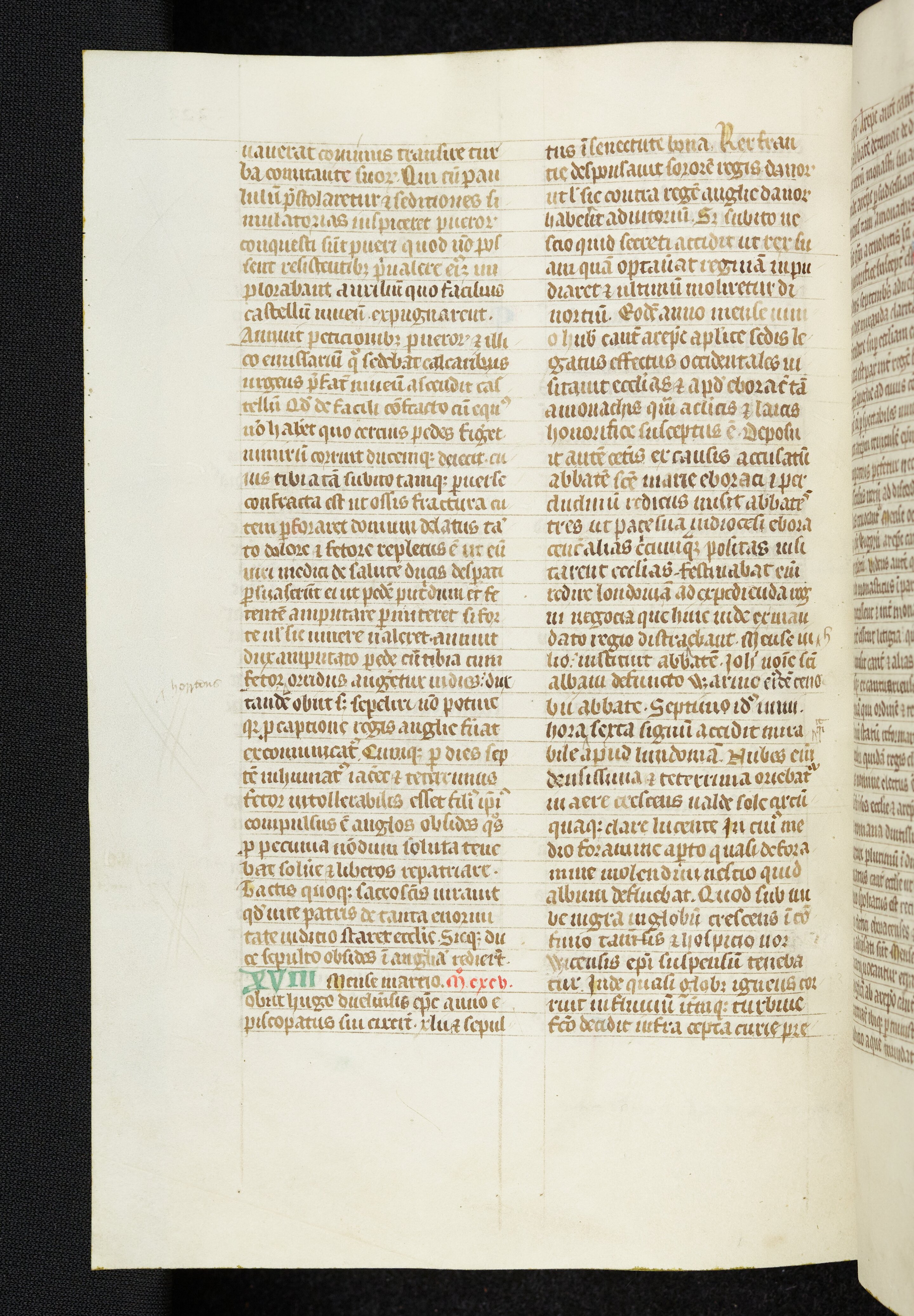 Researchers have discovered what appears to be the earliest known account of a rare weather phenomenon called ball lightning in England.

Ball lightning, usually associated with thunderstorms, is unexplained and has been described as a bright spherical object on average 25 centimeters, but sometimes up to several meters, in diameter.

Working together, physicist Emeritus Professor Brian Tanner and historian Professor Giles Gasper, of Durham University, UK, made the connection to a ball lightning event while exploring a medieval text written some 750 years ago.

The findings are published in the Royal Meteorological Society’s journal, Weather.

In his Chronicle, composed around 1200, Gervase stated that “a marvelous sign descended near London” on 7 June 1195. He went on to describe a dense and dark cloud, emitting a white substance which grew into a spherical shape under the cloud, from which a fiery globe fell towards the river.

The Durham researchers compared the text in Gervase’s Chronicle with historical and modern reports of ball lightning.

Professor Brian Tanner, Emeritus Professor in the Department of Physics, Durham University, said: “Ball lightning is a rare weather event that is still not understood today.

“Gervase’s description of a white substance coming out of the dark cloud, falling as a spinning fiery sphere and then having some horizontal motion is very similar to historic and contemporary descriptions of ball lightning.

“If Gervase is describing ball lightning, as we believe, then this would be the earliest account of this happening in England that has so far been discovered.”

Prior to this account, the earliest report of ball lightning from England is during a great thunderstorm in Widecombe, Devon on 21 October 1638.

Medieval writings rarely survive in the author’s original version and Gervase’s Chronicle and other works now exist in only three manuscripts (one in the British Library, and two at the University of Cambridge). The Latin text was edited by Bishop William Stubbs in 1879 and there is no translation into English.

Professor Giles Gasper, in the Department of History, Durham University, said: “The main focus of Gervase’s writings was Christ Church Cathedral Priory in Canterbury, its disputes with neighboring houses and an Archbishop of Canterbury, as well as chronicling the actions of the king and his nobles. But he was also interested in natural phenomena, from celestial events and signs in the sky to floods, famine, and earthquakes.”

The researchers looked at Gervase’s credibility as a writer and a witness, having previously examined his records of eclipses and a description of the splitting of the image of the crescent moon.

Professor Gasper added: “Given that Gervase appears to be a reliable reporter, we believe that his description of the fiery globe on the Thames on 7 June 1195 was the first fully convincing account of ball lightning anywhere.”

How does positive cloud-to-ground lightning strike so far away from its origin?

Google Pixel 6a might launch around May this year, Pixel Notebook is in the works too

How to tie-dye cotton with acorns and rust

Constant rain and a “control panel” are being…