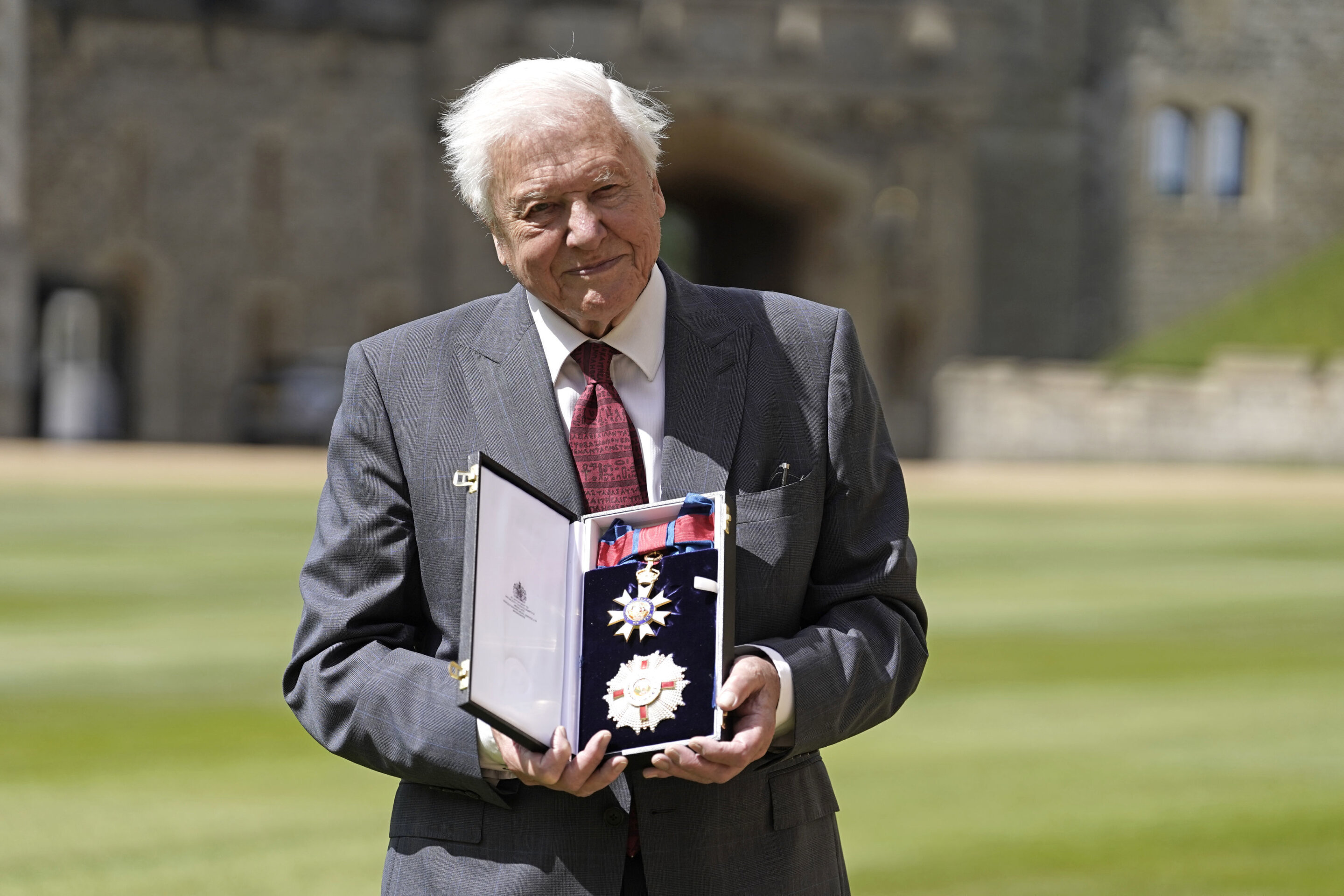 A fossil of a 560-million-year-old creature, which researchers believe to be the first animal predator, has been named after the British naturalist and broadcaster David Attenborough.

Scientists said Monday they believe the specimen, named Auroralumina attenboroughii, is the earliest creature known to have a skeleton. It is related to the group that includes corals, jellyfish and anemones, they say.

“It’s generally held that modern animal groups like jellyfish appeared 540 million years ago in the Cambrian explosion,” said Phil Wilby, a palaeontologist at the British Geological Survey. “But this predator predates that by 20 million years.”

He said it was “massively exciting” to know that the fossil was one of possibly many that hold the key to “when complex life began on Earth.”

The fossil was found in Charnwood Forest near Leicester in central England, where Attenborough used to go fossil hunting.

The 96-year-old said he was “truly delighted.”

Frankie Dunn, from the Oxford University Museum of Natural History, said the specimen was very different to other fossils found in Charnwood Forest and around the world.

Dunn said, unlike most other fossils from the Cambrian period, “this one clearly has a skeleton, with densely-packed tentacles that would have waved around in the water capturing passing food, much like corals and sea anemones do today.”

The first part of the creature’s name is Latin for dawn lantern, in recognition of its great age and resemblance to a burning torch.

The Cambrian explosion, which took place between about 541 million to 530 million years ago, was an evolutionary burst that saw the emergence of a huge diversity of animals. Many of the creatures evolved hard body parts such as calcium carbonate shells during this time.

The bryozoan mystery: A new look at an old fossil reveals the origin of these tiny coral-like creatures

Cartona will use $12M Series A to expand its Egypt-based, B2B e-commerce platform – TechCrunch