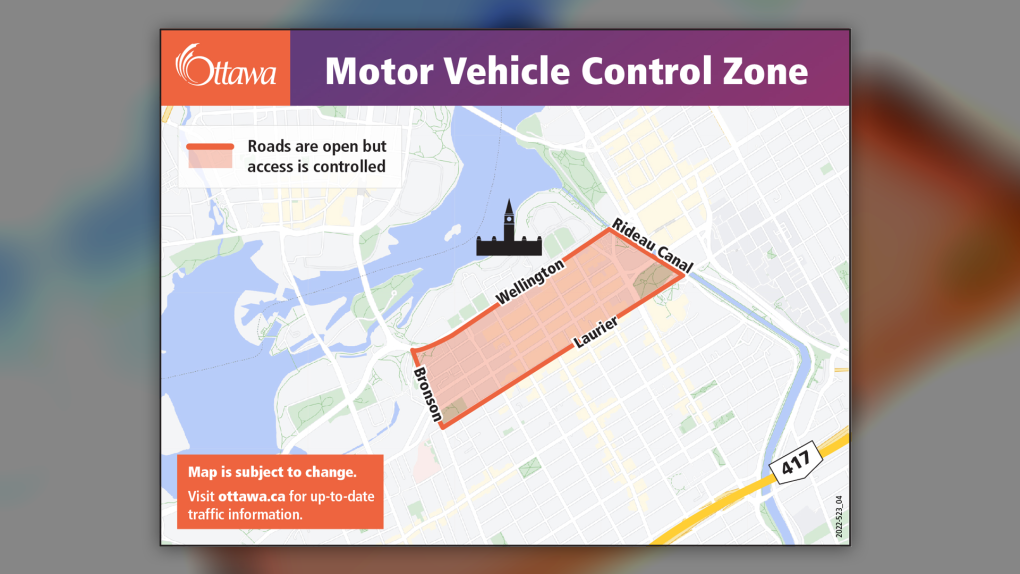 A “slow-roll” protest is scheduled to take place on roads in Ottawa and in cities across Canada today, in solidarity with farmers protesting new government environmental regulations in the Netherlands.

Freedom Fighters Canada has organized the “We Move as One” demonstration, “standing as one in solidarity with our Dutch brothers and sisters,” says a statement on the group’s website.

Several convoys are scheduled to arrive in Ottawa today, ahead of a 2 p.m. rally outside the Embassy of the Kingdom of the Netherlands on Albert Street.

Here is what we know about today’s protest:

Ottawa Bylaw said a temporary no-stopping zone will be in effect in downtown Ottawa, warning vehicles will be ticketed and towed today.

No-stopping signs have been placed in an area from Bronson Avenue in the west to the Rideau Canal in the east and Wellington Street in the north to Laurier Avenue in the south.

Police are reminding everyone that Wellington Street remains closed to vehicle traffic between Elgin Street and Bank Street.

Ottawa Bylaw Services says a temporary no-stopping zone will be in effect in downtown Ottawa on Saturday. (Ottawa Bylaw/Twitter)

Ottawa police issued a warning to motorists about possible protests in the downtown core.

“There is zero tolerance for vehicle-based demonstrations or events within the city’s designated zone in the downtown core,” police said on Twitter.

“Groups choosing not to respect these designated areas will be met with an immediate police response involving enforcement and comprehensive towing options.”

Police say vehicle-based demonstrations or events are prohibited within an area stretching from Bronson Avenue in the west to Waller Street in the east, and Wellington Street/Rideau Street to the north to Laurier Avenue in the south, along with Booth Street, Sussex Drive and Mackenzie Avenue. 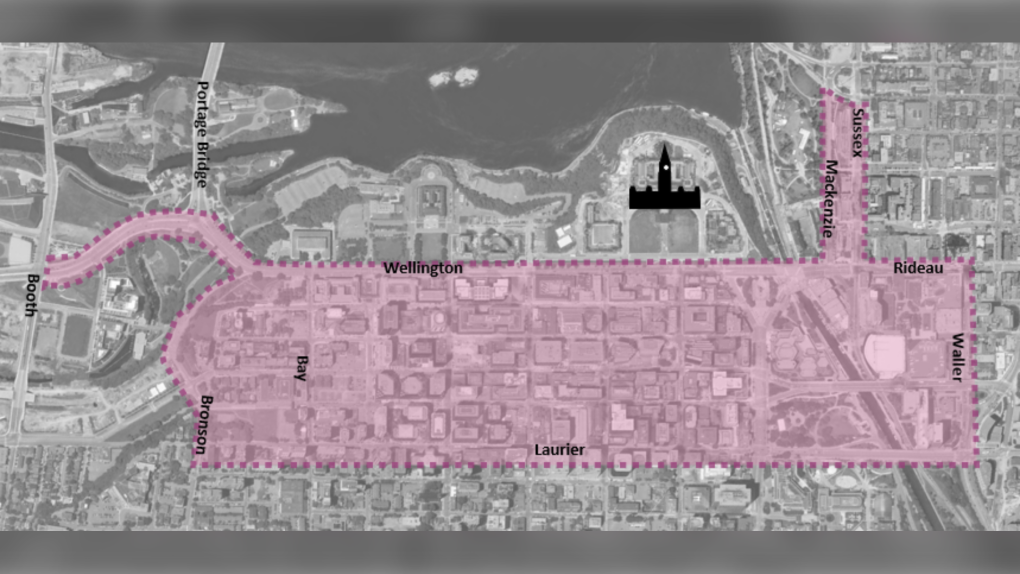 “The downtown core remains open and accessible. The only exception are vehicles wishing to do a vehicle-based demonstration,” OPS says.

Police are also reminding farmers of the rules of the road for farm equipment.

“In Ontario, you cannot drive farm equipment on Highways like the 417 & 416 unless there is no other access to the farmland you are working on, and the land must adjoin to a 400-series Highway,” Ottawa police said.

“You must take the shortest route possible if you use the highway to get to your land.”

People are also asked to meet at 181 rue Principal in Gatineau at 11 a.m.

There is a rally planned for 2 p.m. outside the Dutch Embassy on Albert Street.

“Convoy Etiquette” on the Freedom Fighters Canada website says “no blockading on any roads, exits, bridges or highways” during the event and “ensure flags are properly secured.”

Farmers in the Netherlands have been holding a series of demonstrations to protest new environmental targets by the Dutch government.

Authorities have unveiled plans to cut emissions of pollutants like nitrogen oxide and ammonia by 50 per cent by 2030, to help protect more than 150 nature reserves in the country.

In recent weeks, farmers and supporters have protested outside government offices and on highways, and blocked food distribution centres across the country.

–With files from The Associated Press