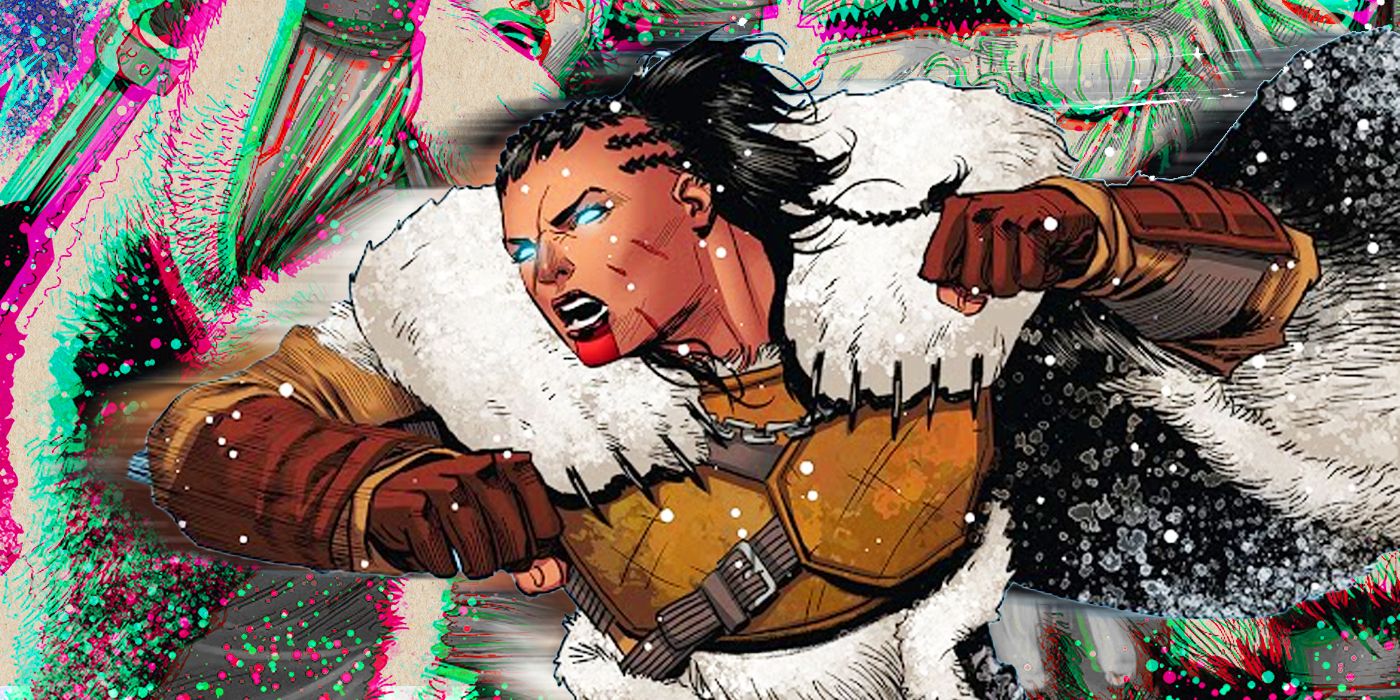 Runa made a major breakthrough when she called Saarven her friend, but Patience suspects her feelings might be stronger.

When parties form in Dungeons & Dragons, interesting things can happen to the characters that comprise it. They will undoubtedly have fantastic adventures across the world, but along the way, they develop stronger relationships. Mainly, they create deep and lasting friendships as characters get to know one another. They may even die in battle, leaving an emotional void on the team as the player creates a new character to fill the roster. And sometimes, the relationship between two characters develop into something deeper than friendship. In Dungeons & Dragons: At the Spine of the World #3, the beginnings of such a development are revealed to be happening between Runa and Saarven.

RELATED: Dungeons & Dragons at the Spine of the World Returns to the Icewind Dale

Where the series last left these two, Amos had betrayed the party and hurled Runa, Saarven, and Patience off a cliff. They landed relatively safely (thanks to the miracle that is heavy snowfall), but they weren’t out of the woods yet. They had managed to land near a small deposit of chardalynn, a strange material that influenced the mind and made anyone within close proximity extremely violent. And no one is quite as violent as a barbarian. Runa succumbed to the chardalynn and began attacking her allies, namely Saarven.

But whereas Runa is blunt and to the point about her feelings in any situation, Saarven wears his heart on his sleeve. So while Runa was trying to kill him, Saarven was trying to get through to her, stating he did not want to hurt his friend (a title Runa had yet to bestow upon Saarven). And it seemed as though Saarven was prepared to follow through on not fighting back. That is, until the very poorly named Patience tried to disarm Runa and was caught in her grasp. Unable to let another friend be injured, Saarven tried to stop Runa. It was at that point, members of Runa’s family arrived and captured all of them.

Being part of the Uthgardt Tribe, they were highly distrustful of outsiders, and the situation they found Saarven and Patience in with their sister Runa was not helping the situation. Despite explaining it though, Runa’s siblings prepared to kill Saarven. Seeing him in danger was the final prompt Runa needed to break free of the chardalynn’s influence. She stopped her siblings from injuring her friend (she actually used the word “friend”). But as punishment for helping outsiders, Runa was banished from her tribe.

Patience was quick to point out that Runa had only broken out of the chardalynn frenzy because she had a crush on Saarven. While Runa acknowledged how embarrassing this is, she did not deny it either. Saarven himself had no comment, more focused on finding their missing members. But honestly, these two would make a very good couple. They are opposites in many ways, but the way they work together indicates that they could cover each other’s weaknesses pretty well despite only knowing each other a short amount of time. And they get along well enough, perhaps better than any of the other party members. Nw that Runa is no longer obligated to return to her tribe, she might be inclined to see where her relationship with Saarven could lead.

Amer Sawan is a reader, writer, and gamer and lover of all things nerdy based in Windermere, Florida. He is a recent graduate from the University of Florida with a B.A. in Liberal Arts. He has been a dishwasher, a Front of House server at the Magic Kingdom, and now works for Valnet Inc. as a freelance comic book features writer. In his free time Amer enjoys playing Dungeons and Dragons with his friends, both as a Dungeon Master and as a player.

State pension payments to rise in 2021 but not all UK…