Dungeons & Dragons Has a Sinister Link to Hawkins’ Scariest Monster 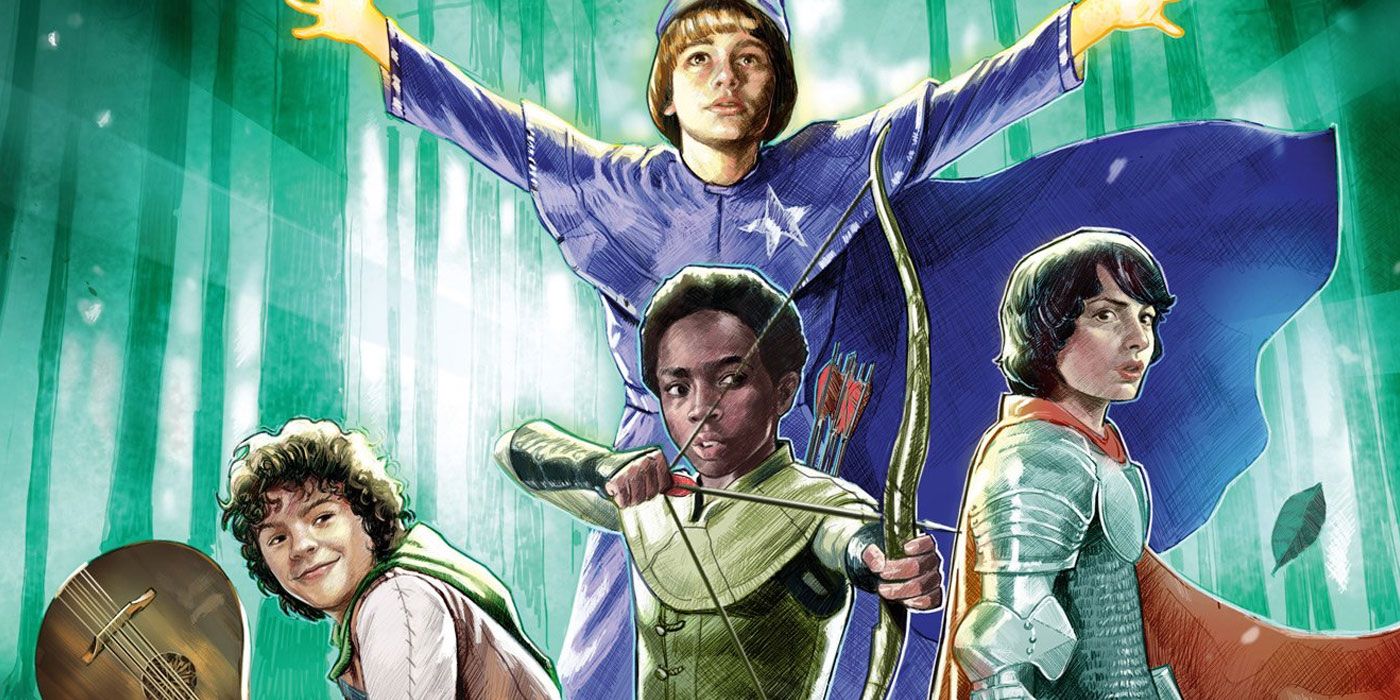 Stranger Things: Dungeons & Dragons has detailed the origins of the gang and how Dustin signed up. It then jumped forward to when Will returned from the Upside Down and the trauma others like Nancy were feeling in Hawkins, Indiana. Most of all, it shows how the boys use the board game to cope, escaping personal problems and the threats of the Upside Down so they can feel like teens again in ’85.

Come Issue #3, though, there’s a sinister tease of what’s to come in Season 3 with the series’ scariest monster when the kids make the session more all-inclusive.

RELATED: Breach’s Alien Monster Is Straight Out of Stranger Things

This time around, the girls are invited with Eleven and Max participating in the fun, crushing on Mike and Lucas respectively. They’ve always been curious as to what the boys love about the game and as they play and kick ass, they figure it out. It’s about camaraderie and family, which is something ironically both Eleven and Max need more of. El’s adapting to life as Hopper’s daughter while Max is tortured under Billy’s watch, so this is a nice respite at Mike’s home with Nancy babysitting to ensure nothing goes wrong. Even Will seems to be in good spirits as the new dungeon master.

However, that changes when El gets distracted and cracks a hole in the basement wall via her telekineses. The group panics as Mike’s mom will flip out but they start to hear noises, as if something’s inside the wall. It reminds them of the Demogorgon in Season 1 stalking its prey and they think maybe something’s trying to break through from the dark dimension again. It gets even scarier as the lights stop working and there are hints of glowing eyes in the wall, making it seem like the Mind Flayer’s playing games.

Suddenly, something flashes across the kids‘ path causing them to scream and eventually track it outside. This time, however, they’re united as one and are more mature for the mission. They’re ready for war but as El uses her powers to part the bushes, rather than seeing a baby Demogorgon like Dart, it’s a cute rat and her baby. The gang’s taken aback as they swore it was something much more horrifying, with Mike even going back inside to bring food back out for them. But if you’re familiar with the third season, you know the sign of rats is a bad omen.

After all, the rat infestation and them subsequently eating people’s fertilizer and draining their dishwashing liquids was all because they were co-opted by the Mind Flayer. They’d get bigger, more violent, and eventually blow up into guts and goo, forming the first iteration of the Meat Monster. This was the Mind Flayer’s avatar and a Lovecraftian piece of horror that left fans petrified. Humans would soon be consumed as well, making the monster larger, but it’s these rats that were present, causing Billy to crash his car and fall under the overlord’s mind control so they could lead an assault on the podunk town.