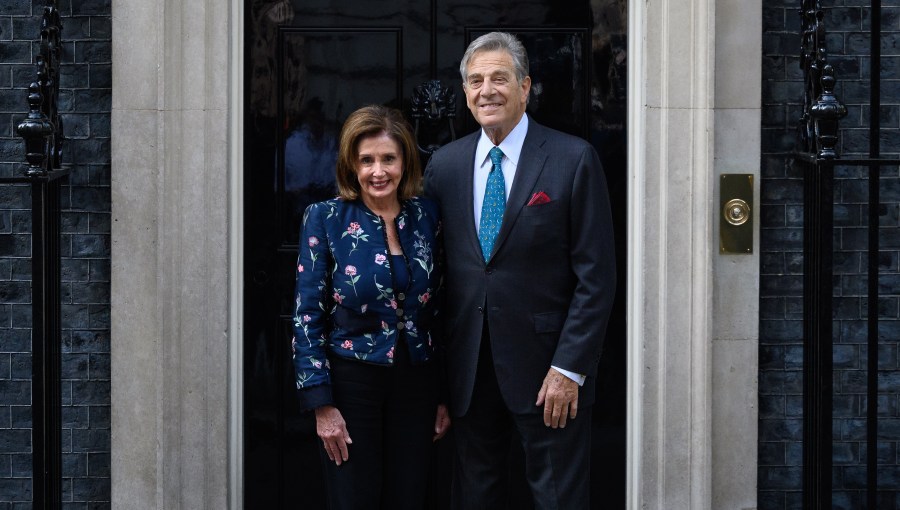 NAPA, Calif. (KRON) —  The Napa County District Attorney’s Office filed DUI charges Thursday against Paul Pelosi stemming from his arrest at a crash scene in May.

Paul Pelosi, 82, is married to Speaker of the House Nancy Pelosi. She was traveling on the East Coast when her husband ran into trouble with the law.

The collision happened at 10:17 p.m. May 28 on Highway 29 near Oakville Cross Road. His Porsche was hit by a Jeep, however, prosecutors and California Highway Patrol officers still blamed Pelosi for causing the crash because he was allegedly under the influence of alcohol. The Jeep driver was injured in the wreck, prosecutors said.

A blood sample was taken from Paul Pelosi two hours after the crash and it was sent to the California Department of Justice for testing.

“Mr. Pelosi’s blood sample had a .082% blood alcohol content,” prosecutors revealed Thursday. It is illegal to drive in California with a Blood Alcohol Content of 0.08% or more.

The District Attorney’s Office filed two misdemeanor charges against Nancy Pelosi’s husband: DUI causing injury, and driving with a BAC of .08% or higher.

According to a California Highway Patrol officer who was at the crash scene, Paul Pelosi appeared to be drunk and he failed a field sobriety test.

“His eyes appeared red/watery, he was unsteady on his feet, his speech was slurred, and he had a strong odor of an alcoholic beverage emanating from his breath. CHP determined Mr. Pelosi was the proximate cause of the collision,” the CHP officer wrote in an arrest report.

When the CHP officer asked Paul Pelosi for his driver’s license, he handed the officer his license and a 11-99 Foundation membership card, according to the arrest report.

The 11-99 Foundation is a scholarship fund that provided more than $42 million in support of CHP families, according to its website. “11-99” is a radio code used by CHP officers and dispatchers that means, “officer needs assistance.”

Paul Pelosi’s Porsche and the Jeep sustained “major collision damage,” according to the CHP. Mr. Pelosi was booked into jail after the crash and was released hours later. He is scheduled to be arraigned in Napa County Superior Court on August 3.

Prosecutors said their decision to file misdemeanor, instead of felony, charges against Mr. Pelosi was not based on preferential treatment.

If convicted, Paul Pelosi will face a punishment of up to five years of probation, a minimum of five days in jail, installation of an ignition interlock device, fines, and DUI classes.

The District Attorney’s Office wrote Thursday, “We are not permitted to try cases in the court of public opinion; rather, we litigate them in a court of proper jurisdiction. These rules protect the constitutional right to a fair trial enshrined in the Sixth Amendment of the United States Constitution. The Napa County District Attorney’s Office scrupulously follows these rules for all pending criminal cases; this matter is no exception. Therefore, this is the extent of information that our office will provide to the public regarding the arrest of Mr. Pelosi outside of a criminal courtroom or in filed documents with the court.”

Colorful and Size-Inclusive Underwear and Loungewear