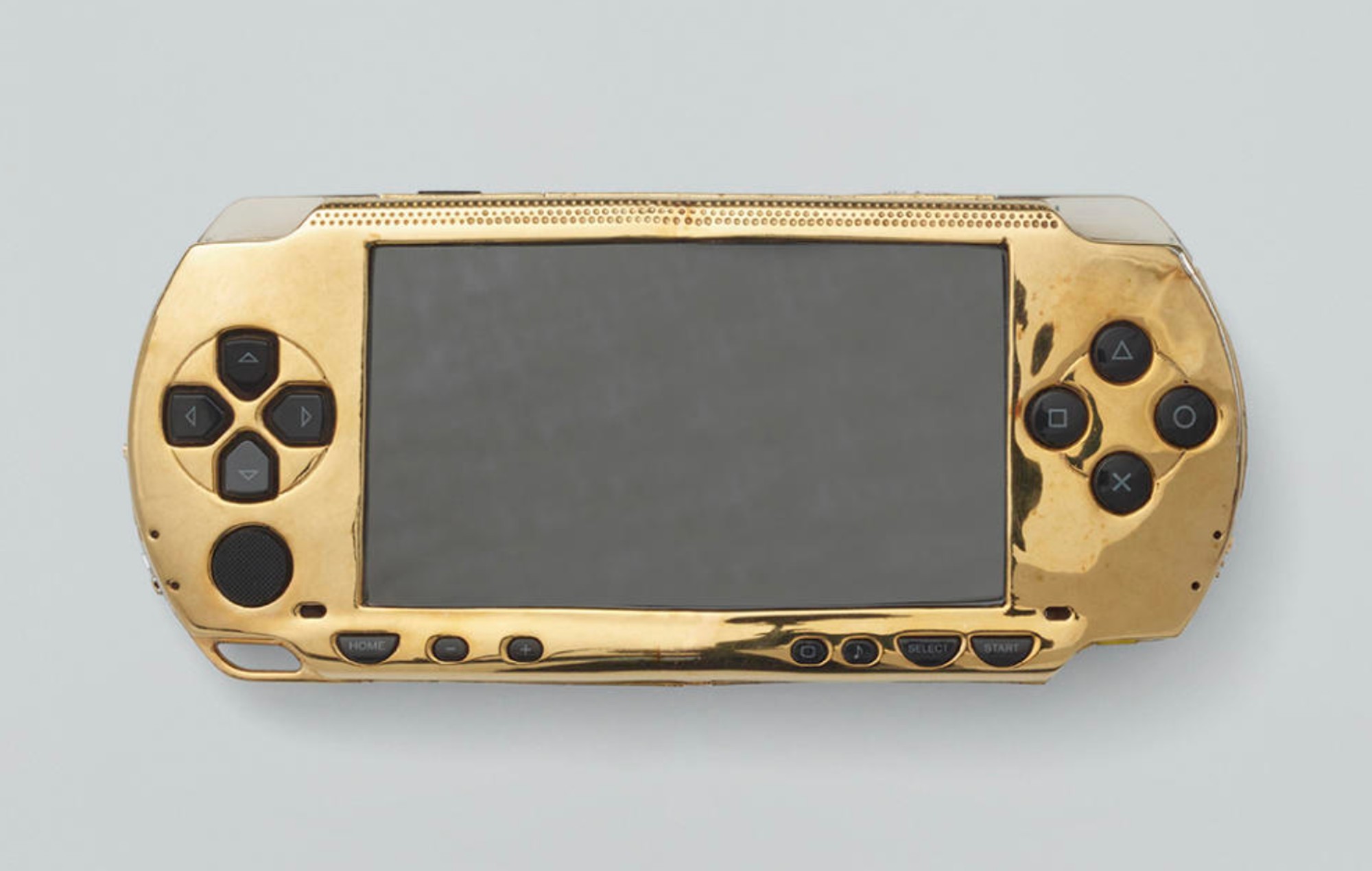 Drake has apparently purchased a 14k gold-plated PSP that was commissioned in 2008 by Pharrell Williams.

According to the listing on the Pharrell Williams-owned online auction house Joopiter, the gold-plated PSP was commissioned in 2008 to go alongside Williams’ existing golden Blackberry.

The PSP featured a 14k gold casing “to replace the stock plastic” and bumped the weight of the portable console up from 280g to 659.7g. “A custom Goyard carrying case was also commissioned for storage and transportation,” and was included in the auction.

And thanks to a music video, it looks like we know who purchased the PSP.

Earlier this week, Drake dropped the video for ‘Jumbotron Shit Poppin’. The single was lifted from ‘Her Loss’, his 2022 collaborative album with 21 Savage.

The Tristan C-M-directed video shows off the golden PSP on numerous occasions while the rapper performs in front of his Ferrari. The video also shows Drake greeting Lil Baby and heavyweight boxer “Iron” Mike Tyson. Check it out below.

Drake and 21 Savage released ‘Her Loss’, their first full-length project together, in November of 2022. The album was a commercial success, topping the Billboard album charts and also hitting number one in the UK, Denmark, Iceland, Lithuania, Norway, Switzerland and Drake’s native Canada.

The album rollout was also not without its controversies though. The duo were sued by Vogue magazine, after they printed fake copies of the magazine with them on the cover to promote the album. They also received backlash for Drake’s verse in the song ‘Circo Loco’, which was believed to be a slight against Megan Thee Stallion. She responded online, telling the hip-hop community at large to “stop using [her] shooting for clout”.

Last year, a gold-plated version of the Nintendo Wii meant for Queen Elizabeth was sold for £24,350.

In other news, Ubisoft has apologised after recently issuing its workers with a “worrying” strategic update.