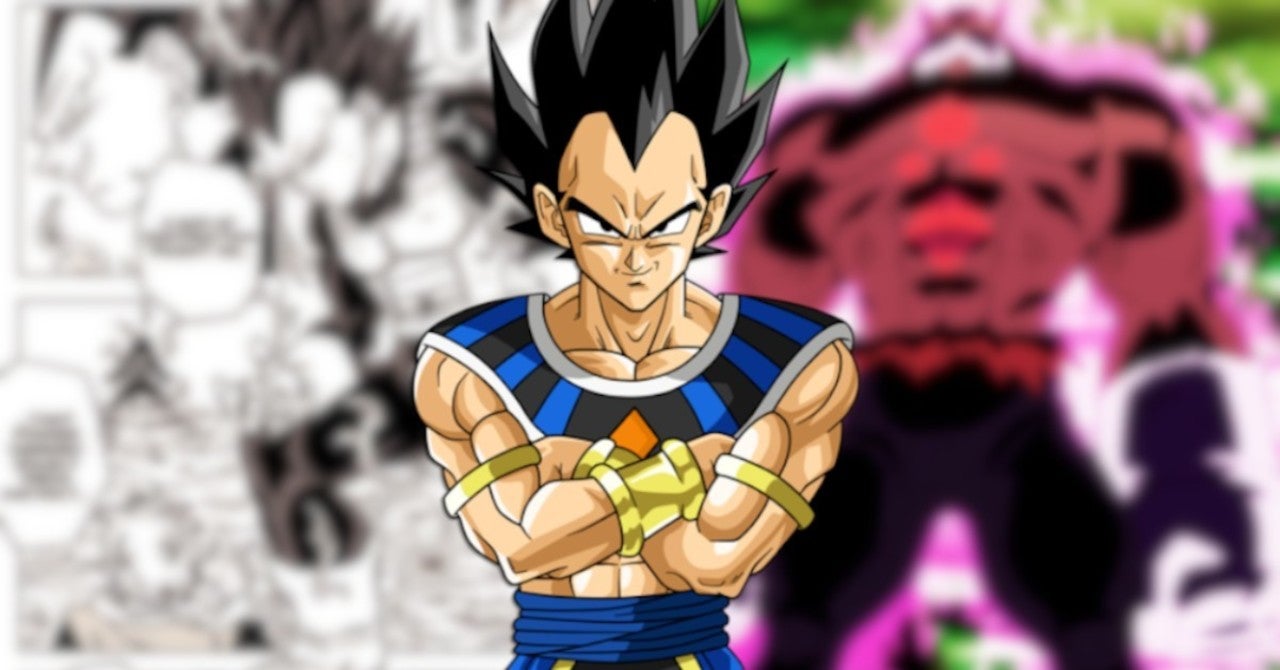 The High Republic Is Going Dark

Dragon Ball Super has debuted a new godly transformation for Vegeta, in chapter 74 of the manga. While the exact name of Vegeta’s new form is still somewhat in flux (at the time of writing this), it can be explained as Vegeta’s God of Destruction powers finally manifesting in full, after his training with Lord Beerus. Well, while fans wait for Dragon Ball Super Chapter 75 to arrive and shine more light on what’s going on with Vegeta’s new powers, one theory is emerging that uses clues from the series’ past arcs to explain just what the true source of Vegeta’s Godly Destroyer powers actually is!

Dragon Ball Super’s latest training work for both Goku and Vegeta took the two Saiyan heroes down completely different paths of power development. Goku has committed to the zen-like state of Ultra Instinct used by the angels; however, Beerus opened a different door for Vegeta to walk through. Beerus taught Vegeta that godly power comes in different forms, that are suited to different types of personalities. For Gods of Destruction, there’s a much different path to power; in Dragon Ball Super Chapter 69, Beerus’ brutal training of Vegeta revealed the key:

“As long as doubt weighs down your soul, this power’ll never be yours to wield,” Beerus explained to Vegeta after showing him the power of Hakai. “Your own crimes aside, you’re feeling guilty for the sins of all Saiyans. That’s awfully self-centered of your, mortal… As long as you’re trapped by the past, you’ll never manage to grow past this point… My mind’s always on destruction and nothing else. That’s why there’s no limit to my power.”

Power by instinct… free from justice… could God of Destruction power be derived from casting aside one’s beliefs on a fundamental manner? #DBS pic.twitter.com/ECuWmJq597

The mental training that Beerus gave Vegeta and the resulting transformation is clearly reminiscient of the moment back in Dragon Ball Super‘s Tournament of Power arc, where Pride Trooper leader Top (of Universe 11) unlocked his own Godly Destroyer form and powers.

The key details that connect Vegeta and Top’s Destroyer powers are the moments leading up to both warriors’ transformations. Top forsook the cause of justice (a Pride Trooper’s core ideal) in order to do whatever it took to help his universe survive the tournament. Similarly, in his battle with new warrior Granolah, Vegeta is pushed to a point where he’s just fighting on instinct to survive – not carrying the weight of saving a world, universe, or anyone else. Beerus’s earlier observation about Vegeta’s guilt and doubt suddenly rings true: Granolah pushes Vegeta past the point of caring about all that, thereby unlocking his Destroyer power.

As Beerus already told us (and Vegeta and Top have both demonstrated): the power of a Destroyer comes from abandoning all of one’s most fundamental beliefs and values in order to embrace just one idea: destruction. The good news for Vegeta is that the rest of Beerus’ proclamation now seems true, as well: as long as a Destroyer is focused on the sole task of destruction, his/her power is limitless. That may be the only key to helping Vegeta finally put a stop to Granolah, the strongest warrior in the universe.