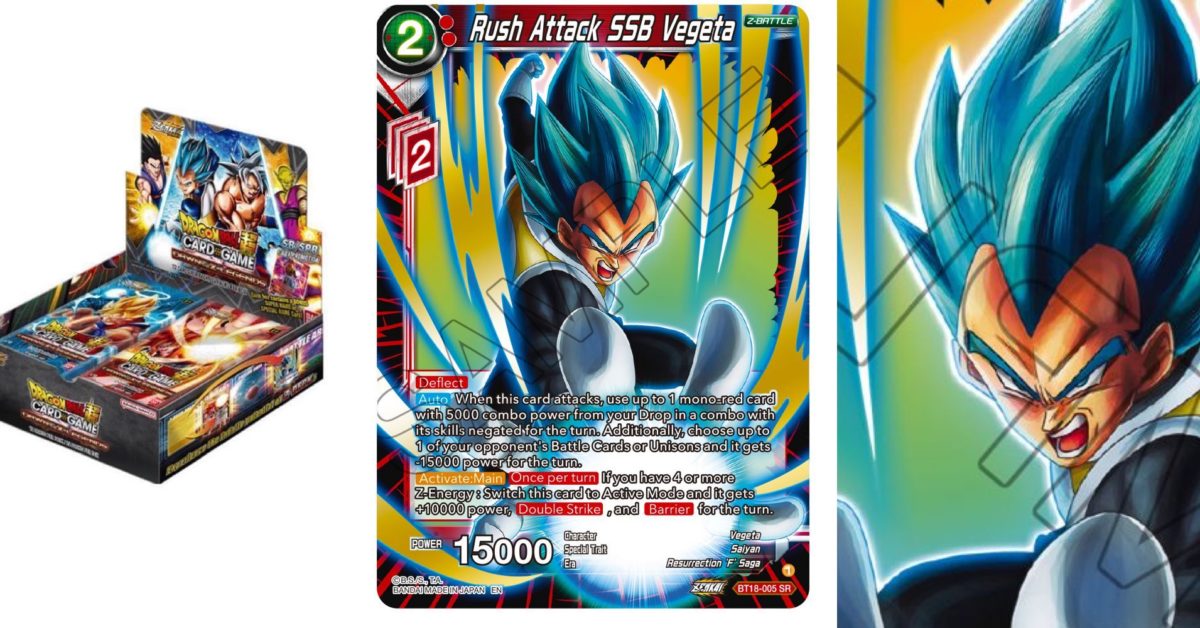 A new era is dawning for Bandai’s Dragon Ball Super Card Game. The long-running Unison Warrior Series block has wrapped up with the new Zenkai Series block launching in September 2022 with a series of promo cards, starter decks, and a full expansion. The set, titled Dawn of the Z-Legends (with its full name being Zenkai Series: Dawn of the Z-Legends) is the eighteenth main set and is the first to include Zenkai Cards, otherwise known as Z-Cards. This set and its associated decks and promos, according to Bandai, feature characters from “all sagas.” Ahead of the release of this new wave of Dragon Ball Super Card Game projects, Bleeding Cool will offer a look into some of the most intriguing upcoming cards from a collector’s perspective. Today, let’s take a look at another Vegeta card from Rise of the Z-Legendcs.

Above we have Rush Attack SSB Vegeta, showing the Saiyan Prince in his Super Saiyan Blue form. This form has been utilized so far by four characters: Goku and Vegeta are the originators, and their fusions Vegito and Gogeta both ended up using this form as well. Super Saiyan Blue, originally called Super Saiyan God Super Saiyan, is when a Saiyan utilizes God Ki and becomes a Super Saiyan God… and then, while in that form, goes Super Saiyan. This has been the most popular and iconic form in Dragon Ball Super, but the characters are now advancing beyond it. Goku and Vegeta continue down the path of the Gods, with Goku obtaining the divine Ultra Instinct form at the end of the current anime and Vegeta transforming into the Ultra Ego form in the ongoing manga.

How This Family-Owned Jewelry Business Rebuilt After 9/11