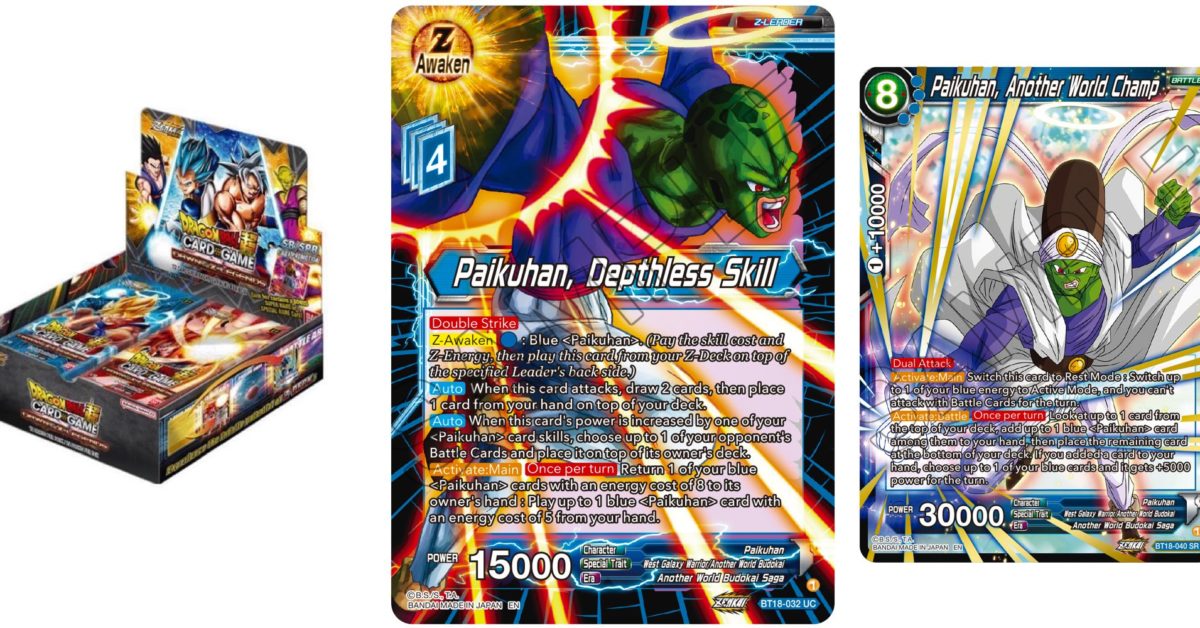 A new era is dawning for Bandai’s Dragon Ball Super Card Game. The long-running Unison Warrior Series block has wrapped up with the new Zenkai Series block launching in September 2022 with a series of promo cards, starter decks, and a full expansion. The set, titled Dawn of the Z-Legends (with its full name being Zenkai Series: Dawn of the Z-Legends) is the eighteenth main set and is the first to include Zenkai Cards, otherwise known as Z-Cards. This set and its associated decks and promos, according to Bandai, feature characters from “all sagas.” Ahead of the release of this new wave of Dragon Ball Super Card Game projects, Bleeding Cool will offer a look into some of the most intriguing upcoming cards from a collector’s perspective. Today, we take a look at another Paikuhan card.

Yesterday, we showed off the Paikuhan Leader card that showed off Goku’s Other World Tournament opponent heading up the Blue section of Dawn of the Z-Legends. Now, with the new Zenkai Card mechanic in Dawn of the Z-Warrior, that Leader can be powered up with the Paikuhan, Depthless Skill Z-Awaken card that plays on top of it. This set will also include the Pikuhan, Another World Champ Super Rare. These are not likely to be highly sought-after cards, but I do personally like minor characters like Paikuhan (Pikkon for many fans, as “Paikuhan” is the traditional Japanese spelling and “Pikkon” was used for the English-language translation) featured on hits in these sets. Every card can’t be a Goku, Vegeta, or Gohan and I’m happy to see a minor storyline like the Other World Tournament Saga get such a strong focus in this set.

How digital innovations can strengthen personal finance market ahead