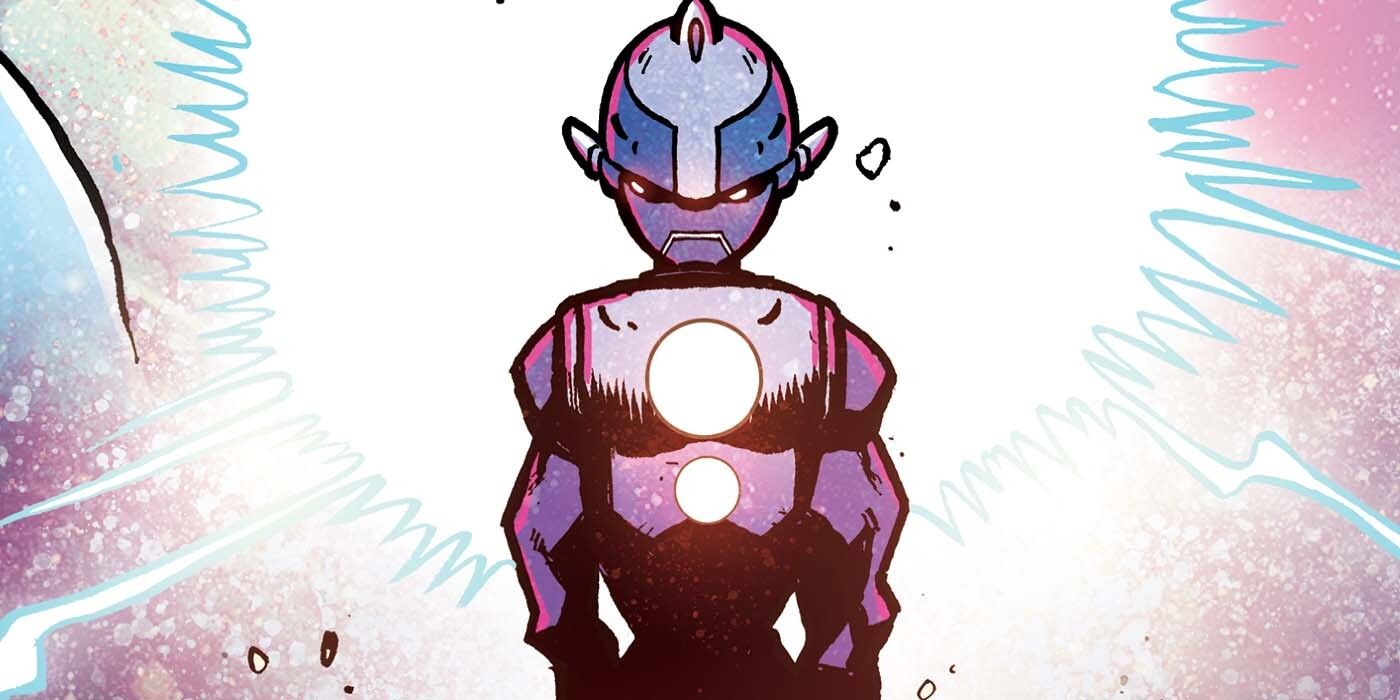 CBR can exclusively reveal that Source Point Press will publish Okratron: Wrath of Saw-Bot, which is created and co-written by Sabat, later this year. The comic is produced with Source Point Press and Sabat’s own studio, Okratron 5000. Okratron 5000 was founded in 2004 and has provided casting and voice-over services for various media including Borderlands 2, Comic Jumper, and Dragon Ball Z Kai.

The comic is co-written by Garret Gunn and features the art of Kit Walls, as well as design and lettering by Dave Lentz and Christina Blanch acting as editor. The creative team previously collaborated on the break-out comic book series Good Boy. Okratron: Wrath of Saw-Bot sees Sabat, himself, star as the titular Okratron set amidst the backdrop of a fictionalized world-class recording studio. As a dying Okratron 4000 goes on the run from a galactic threat known only as Saw-Bot, the hero finds his way to Earth in the hope that he will discover a worthy successor to the mantle of Okratron.

“Working with Chris is a dream,” Gunn said. “His impact on the voice acting and the anime community is immense, and it’s been a thrilling ride collaborating with him to bring Okratron to life in the realm of comics!” Wallis also remarked on the series, “I know very few people as passionate about their craft, their community, and their fans as Chris is. I know that he will bring that same infectious energy to this book, and I’m honored to be a part of it.”

Sabat has worked in the industry since 1997 and has become a fixture of the voice acting community over the past 25 years. Best known for his roles as the Dragon Ball franchise’s Vegeta and My Hero Academia‘s All-Might, Sabat has accrued dozens of credits throughout the course of his career. He has also worked as a voice director, ADR engineer, and line producer with industry titan Funimation for iconic series such as Yu Yu Hakusho and Case Closed.