Dr. Simone Gold Being Released Early From 60-Day Jail Sentence for Trespassing at Capitol on Jan. 6 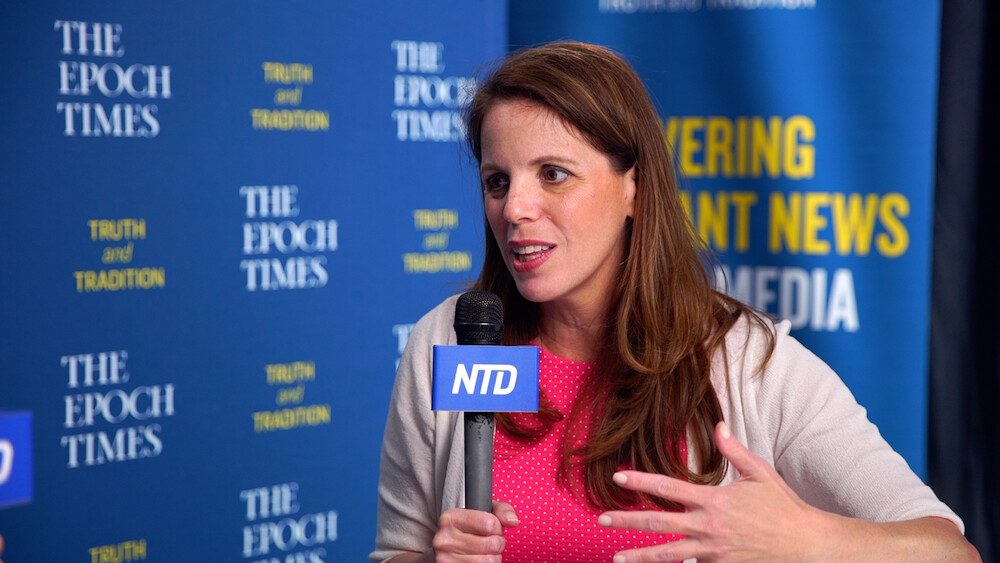 Dr. Simone Gold, the founder of America’s Frontline Doctors who was jailed for 60 days for giving a speech on COVID-19 and medical freedom at the U.S. Capitol on Jan. 6, 2021, is being released from federal detention two weeks early.

Gold will be released from the Miami Federal Detention Center just in time for an 11 a.m. EDT news conference on Sept. 9, the 45th day of her incarceration. She will meet with reporters to discuss her experience behind bars and her plans for America’s Frontline Doctors (AFLDS).

Andrzejewski said Gold was given credit for teaching and taking classes while incarcerated. Along with credit for time served when she was arrested in January 2021, Sept. 9 became the release date, about two weeks before the 60 days would expire.

Gold kept a positive attitude during her incarceration, working on a book and other projects, Andrzejewski said.

“She is strong like a lion,” Andrzejewski said. “She’s going to come out fighting like a lion. You can hear it in her voice today. She is ready. She is very enthusiastic about it. She can’t wait to get back to work.”

Gold—an emergency medicine specialist from Los Angeles—was sentenced on June 16 under a plea deal on one count of entering and remaining in a restricted building or grounds, a federal misdemeanor. The sentence, meted out by U.S. District Judge Christopher Cooper, included 60 days in jail, one year of supervised release, a $9,500 fine, and $500 of restitution.

Gold’s case was unusual because Cooper had asked her on a date when they were students at Stanford Law School in the early 1990s. She turned him down, something she said influenced the judge’s sentencing decision in her Jan. 6 case.

“The fact that I went to law school with this person and the fact that he didn’t recuse himself and then [what] he revealed during sentencing … I felt was such incredible bias,” Gold told The Epoch Times just before reporting for her jail sentence in late July.

At the sentencing hearing, Cooper read from a series of support letters that defended Gold for speaking her mind at the Capitol. “‘She is only guilty of having compassion and humanity,’ ” Cooper quoted from one letter.

Not About First Amendment

Jan. 6 “was about a lot of things, but it wasn’t about the First Amendment or COVID vaccinations,” Cooper said. “…The only reason you are here is where and when and how you chose to express your view.”

The COVID jab is “the only so-called ‘vaccine’ in the world that has proven not to be able to stop transmission or infection, suggesting the ‘vaccine’ is a complete fraud perpetuated on the American people as well as medical and global communities,” America’s Frontline Doctors said in a Sept. 8 news release.

As the medical establishment was pushing vaccines as the answer to COVID-19 in July 2020, Gold and a group of doctors held a press conference on the steps of the U.S. Supreme Court. They said successful early treatment medications such as hydroxychloroquine and ivermectin made the COVID vaccines unnecessary.

The video from the event was viewed by more than 24 million people, according to AFLDS, despite being censored and removed from social media platforms as so-called medical misinformation. Gold and the other Frontline Doctors were attacked in media outlets and by Dr. Anthony Fauci of the National Institute of Allergy and Infectious Diseases.

Andrzejewski said the timing of Gold’s release is perfect, as news continues to break about the dangers of the COVID vaccines and the efficacy of early treatment protocols like those AFLDS promoted two years ago.

Publicity surrounding Gold’s jail sentence and release will give her a bigger platform from which to promote medical freedom, Andrzejewski said.

“It’s giving her more of an advantage to do so, especially with everything that’s coming out now, how she basically was right,” Andrzejewski said. “We knew she was right, but they kept discrediting her. Everything’s coming out now and she’s ready for the fight.”

Charles becomes king as the face of a nation changes