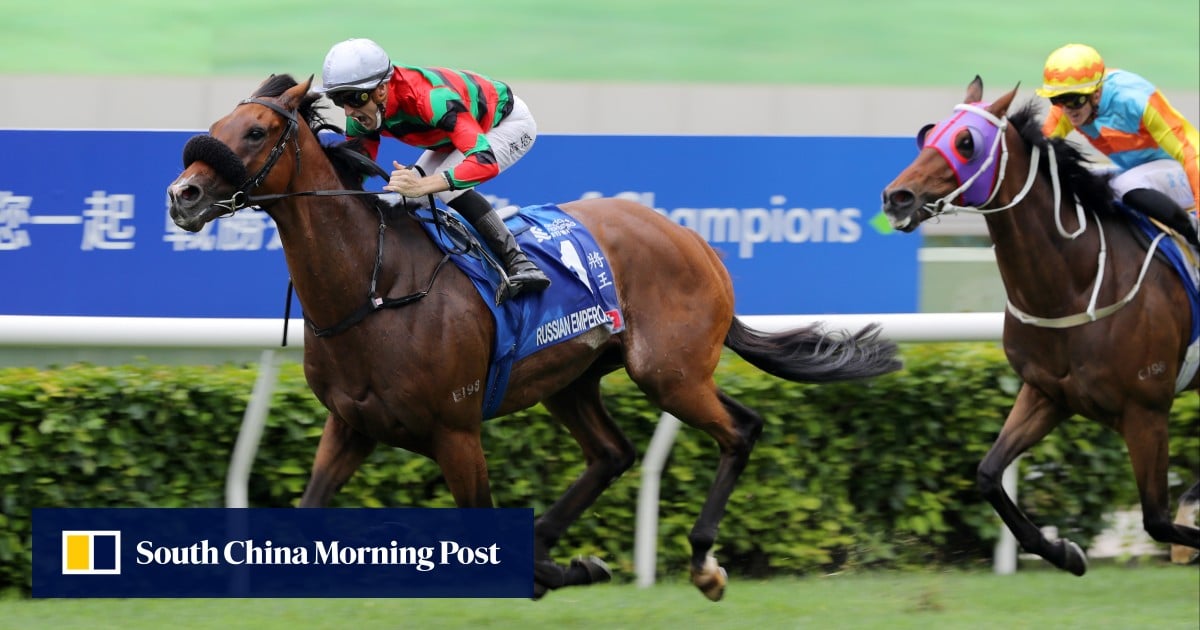 Lyle Hewitson has picked up the prized ride on dual Group One winner Russian Emperor, with trainer Douglas Whyte confirming the young South African will replace Blake Shinn after the Australian left Hong Kong at the end of last season.

Russian Emperor won the Gold Cup and the Champions & Chater Cup under Shinn last season and will be the best horse Hewitson has ridden in Hong Kong.

“It’s massive. Obviously we all look for top horses like him so I’m very excited to be aboard him and it’s about sticking with him through to the big ones,” the jockey said.

“This horse is well and Lyle will ride him in the [Sha Tin Trophy]. He’s obviously had a lot of success for the stable and more importantly the owners were happy to have him on, so it’s nice for him to get on him,” said Whyte.

Russian Emperor was a length and a quarter behind Panfield in sixth in last year’s Sha Tin Trophy, and Hewitson hopes another competitive showing from the five-year-old will set him up nicely.

“A win would be an extra bonus but him hitting the line well first-up and improving from that into his next start tees him up perfectly for the big one,” Hewitson said.

Hewitson and Whyte struck up a strong combination last season, teaming up for 20 winners as the three-time South African champion jockey made his presence felt in Hong Kong for the first time after returning to the city last November.

It proved a triumphant return for Hewitson after a 2019-20 stint that yielded only three winners from 251 rides, but the 24-year-old knows the job is far from done.

“When you look back at it, it’s been a quick turnaround but going through those times has been tough, it takes longer through those hard dips but it’s all worth it when you get to this stage,” he said.

“That is what’s given me the most satisfaction, that I know I’ve had to overcome a bit more to achieve everything now. It’s a fantastic feeling but there’s a long way to go and there’s a lot of milestones still to tick off.”

Hewitson knows Whyte will be crucial to his chances of bettering last season’s 27 victories, but is also aware of the importance of striking up fruitful unions elsewhere.

“I’m trying to branch out and form some new relationships and the trainers so far have been really willing. I’m just looking to keep growing that support tree and have winners all around the stables,” he said.