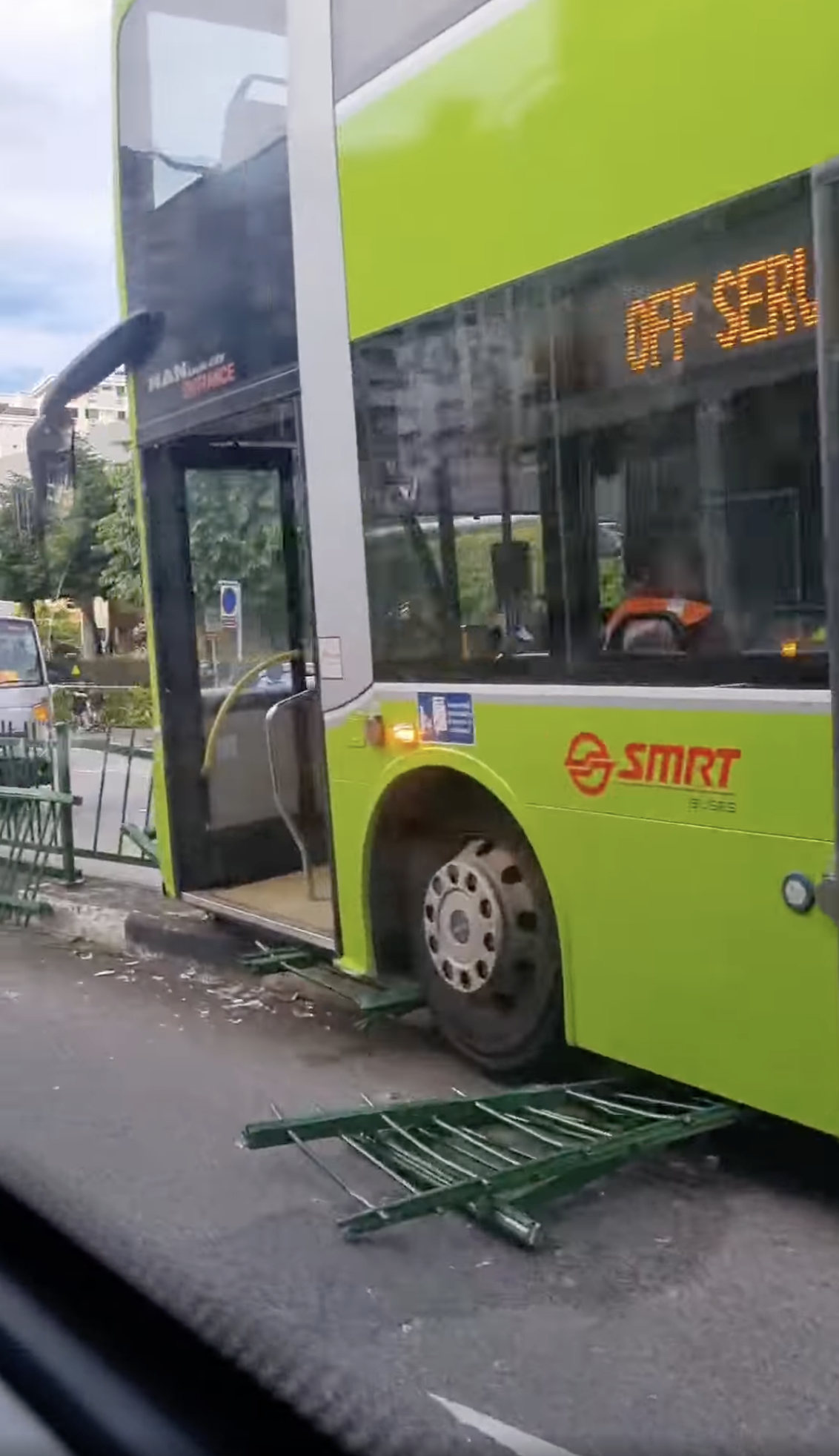 A double-decker bus crashed into the concrete road divider in front of Yew Tee MRT station on Friday (Nov 18).

A video posted online showed the green SMRT bus stalled in the middle of the road. It appears that the bus crashed into the divider and knocked down several metal railings.

Based on the video, the bus didn’t collide with other vehicles or pedestrians.

The Singapore Civil Defence Force (SCDF) confirmed the incident, noting it was alerted to a road traffic accident at 61 Choa Chu Kang Drive on Friday at around 8:05 am.

Another video posted on TikTok showed an SCDF ambulance and paramedics on the scene.

The paramedics rolled out a stretcher from the vehicle while the camera focused on a man seated on the floor beside the station’s entrance.

Reports noted that paramedics assessed a person for minor injuries but refused conveyance to the hospital.

Netizens wondered if the bus captain involved was exhausted, which led to the accident.

“Poor chap must be tired,” said a netizen. Another Facebook user said it was “Time for unions to help these fatigued drivers.”

“Fatigue since drivers are on the road for many hours with tight schedules,” added Facebook user SoonKin Chew.

The Independent Singapore has reached out to SMRT for a statement and will update the article accordingly.

In the same month last year, a double-decker bus crashed into a taxi bay near Yishun MRT station, causing injury to three people.

According to bus operator Tower Transit, the bus captain was suspended./TISG

What earnings season surprises say about a stock