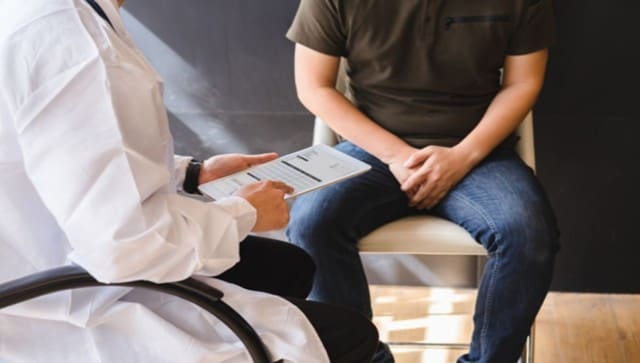 World vasectomy day (WVD), observed on the third Friday of November worldwide, was founded in 2013 by documentary filmmaker Jonathan Stack and a urologist and vasectomy service provider, Dr. Doug Stein. The fact that the day has cinematic roots is interesting because vasectomy has also inspired interesting film narratives in India, from Nasbandi, a 1978 Bollywood satirical film directed by comedy star I.S. Johar to public service shorts on Doordarshan.

However, as the national NGO Population Foundation of India will tell you, even seven decades after the inception of the National Programme for Family Planning, many men continue to believe that family planning and contraception are women’s responsibilities. The awareness about male birth planning options is limited and it is women who have to choose between tubectomies, intrauterine devices, pills, or injections.

Says Mr. Alok Vajpeyi, lead – core grants & knowledge management, spokesperson for the Population Foundation of India, “The focus of family planning campaigns also is largely on women, and in any case, it is hard to get past the misinformation and patriarchal notions about masculinity to even normalise a conversation about vasectomies.”

According to the fifth National Family Health Survey, between 2019 and 2021, nearly 38% of currently married women (15-49 years) surveyed nationwide had used sterilisation, compared to just 0.3% of men who had used a vasectomy.

In Uttar Pradesh alone, 17% of women surveyed had used sterilisation compared to just 0.1% of men. As Alok says, “During our rural outreach sessions, very few men seem to be aware of the ‘no scalpel vasectomy’ (NSV) option and there are so much fear and misconceptions about how vasectomy would affect virility, decrease physical strength, and so on. This explains why in Bihar, male sterilisations dropped from 0.6 percent to 0 percent, between NFHS-3 (2005-06) and NFHS-4 (2015-16). It is 0.1 as per NFHS-5.”

Some of the conversations among ASHA workers and the grassroots representatives of Population Foundation of India workers however continue to initiate across rural India and revolve around the myths that prevent men from even considering a vasectomy.

Here are a few of them:

Myth 1: Vasectomy is not safe
Alok says, “Vasectomy is a safe and reliable form of male birth control that prevents the release of sperm to mix with semen when a man ejaculates and compared to the complications that women can face while going through tubectomy surgeries, the risk of greater complications such as bleeding or longer bouts of pain, is just 1 or 2%.”

The real battle, he says, is that of perception, and only when enough information reaches a critical mass, will things shift.

Myth 2: Vasectomy is painful
Alok points out, “Once anaesthesia is administered, there is no risk of pain and recovery could mean two to three days of soreness and less than a week of avoiding normal sexual activities. Men can get back to work soon after a procedure and carry on with daily lives normally. And yet so many men prefer to put their female partners through the tubectomies even when they are in poor health.” The misconception that women have to manage contraception and family planning responsibilities alone is widely prevalent, and must be systematically countered, he adds.

Myth 3: Vasectomy causes more sexual difficulties
In patriarchal societies, sexual prowess, virility, and fertility are the most desirable male attributes and a large amount of resistance to vasectomy owes itself to the misconception that it will cause erectile dysfunction, decreased desire and pleasure, or problems with orgasm. Says Alok, “This is the most difficult conversation for any worker to initiate because in most cases, it ends even before it begins. The fact however remains that vasectomy is a simple, safe, and effective measure to end anxiety over the risk of an unwanted pregnancy and does not affect any other aspect of sexual activity.”

Myth 4: Vasectomy cannot be reversed
Vasectomy can be reversed but it is a difficult and more expensive procedure and results depend on specific health conditions. A vasectomy reversal reattaches the vas deferens to the penis so that ejaculation with sperm can happen again. Vasectomies may be reversible up to 20 years or longer after the first procedure, but a longer period may not promise the best results. “However, in case a couple has had children already and does not want any more, this is the most convenient way to put an end to birth control anxiety once and for all,” says Alok.

Myth 5: Vasectomy is the same as castration
Alok reveals that outlandish theories abound especially in rural areas with a large number of men believing that vasectomy entails the removal of testicles and is no different from castration. He adds, “The fact is that a vasectomy only affects the tube through which the sperm travels and leaves the testicles intact. This innate fear that a procedure like this ‘robs’ a man of his manhood is at the root of male resistance to vasectomy.”

He also recalls coming across the wrong notion occasionally that vasectomy can prevent Sexually Transmitted Diseases (STDs) and says, “Vasectomy only prevents pregnancy and only a condom can prevent STDs. What we are dealing with is a lack of comprehensive information among men and a complete misunderstanding of what basic reproductive rights mean when it comes to women. A large number of women have no say in whether they want to get pregnant, or how they want to exercise birth control and only sustained conversations will change this scenario.”

Psychedelic Water® Is The Safe, Legal Way To Expand Your…

“Big move for me” – Roberto Soldic has massive plans…