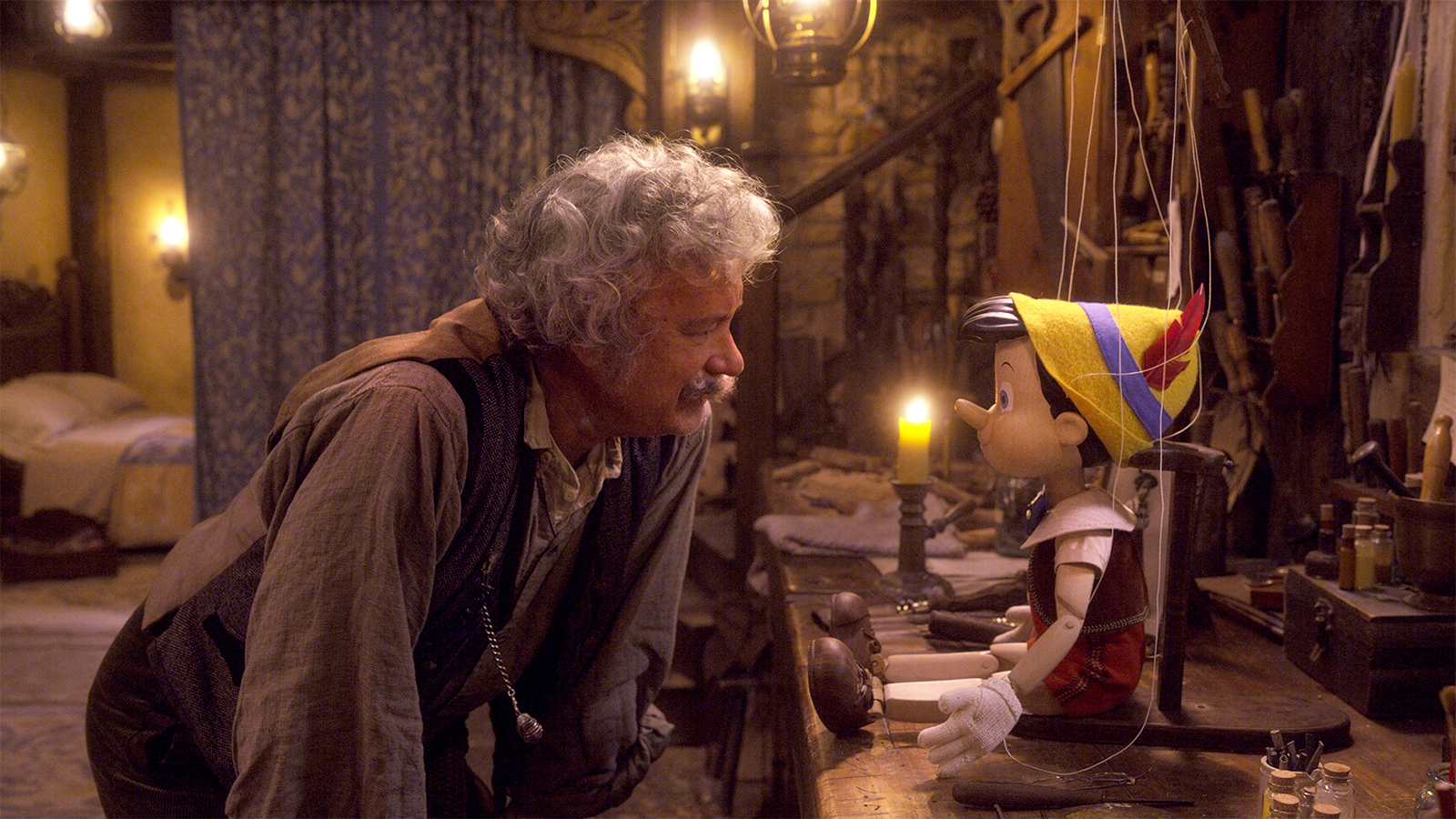 After streaming giant Disney Plus unveiled its intriguing catalog back in May for Disney Plus Day, eagle-eyed Mouse House subscribers have been rewarded with their first official glimpse at the title hero of Robert Zemeckis’s live-action adaptation Pinocchio in a recent teaser.

In the 30-second trailer, which you can check out for yourself down below, a variety of movies and shows are on display, including Cars on the Road, Epic Adventures with Bertie Gregory, and yes — you guessed it, Pinocchio. During Pinocchio’s few seconds of reveal, folks can see the infamous character tossing his arms up and smiling, along with Oscar winner Tom Hanks as Geppetto — a genuine Italian woodcarver who cares for the freshly-minted real boy.

The upcoming musical fantasy will showcase the iconic story of Pinocchio — a soft-spoken wooden puppet with huge aspirations to become a real boy. Along with the screenplay crafted from Zemeckis and Chris Weitz, the star-studded lineup also consists of Benjamin Evan Ainsworth, Joseph Gordon-Levitt, Cynthia Erivo, Keegan-Michael Key, Lorraine Bracco, and Luke Evans.

From what we’ve seen in the Disney Plus Day trailer, fans of the iconic animated figure can expect a fascinating journey with plenty of acting prowess on display — with folks already excited for Hanks’ portrayal. And, with Don Burgess’ breathtaking cinematography and a team of talented special effects artists behind the scenes, this adaptation has the golden opportunity to be the best one yet.

Pinocchio will be available to stream on Disney Plus on Sept. 8.