Dilip Kumar was a familiar sight at sporting events in Mumbai 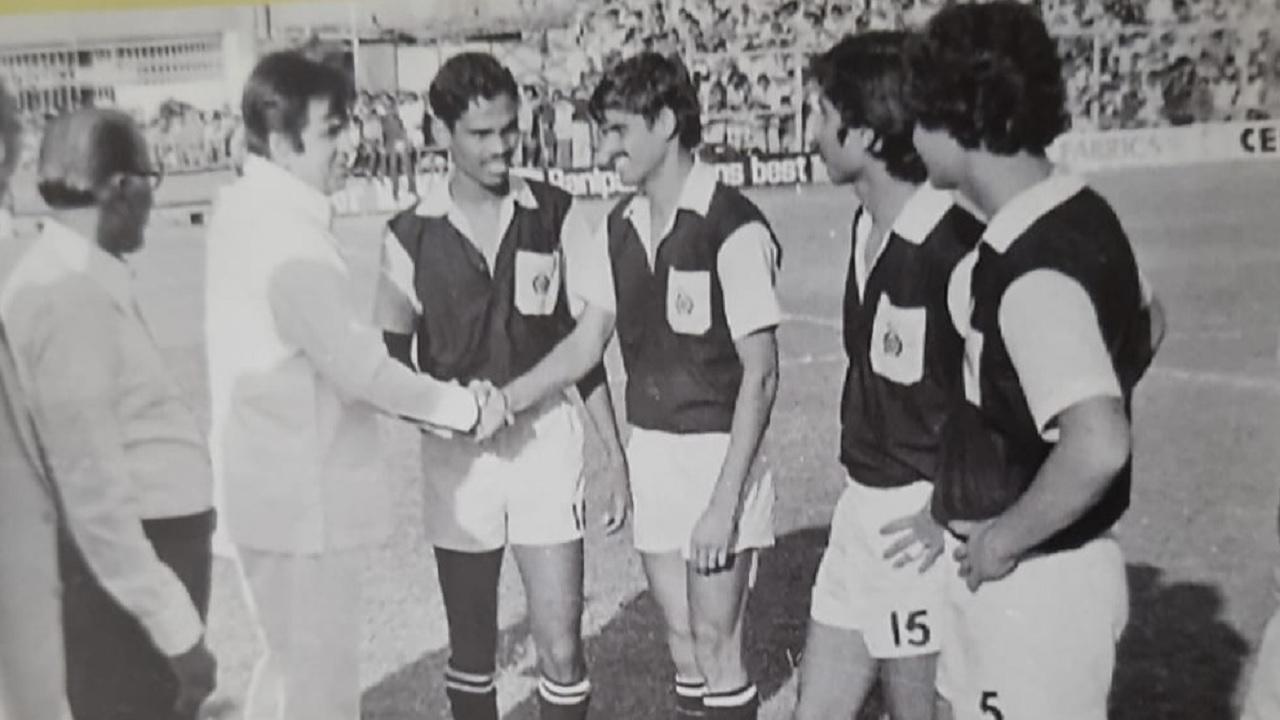 Actors coming to the Cooperage ground to watch and admire football players at major tournaments was a reality in Mumbai’s sporting past. The late Dilip Kumar made regular appearances as chief guest for the Rovers Cup, featuring football names with crowd-pulling ability.

Football in the city was patronised by the sport-loving film stars, whose presence energised the players. Pran, the great character actor and highest paid performer in his time, owned a football club called Bombay Dynamos FC.

Shabbir Ali, ex-India captain and national team manager, remembers moments with the thespian. “Dilip Kumar came for the Rovers Cup final in 1980 held at the Brabourne Stadium. It felt good to be displaying our ball skills, watched by performers from another world. Teammates would interact with him and others from the film world when opportunities arose,” said this heading expert, part of Mohd Sporting team, Rovers joint winners with East Bengal then.

A familiar name in Mumbai football, Hyderabad-based Shabbir Ali recalls other film personalities at local tournaments and the Rovers Cup. “Johny Walker, Sachin Dev Burman were faces we knew. Agha (known for roles with a comedy touch) was a regular at the Cooperage,” says the striker, recipient of the Dhyan Chand Lifetime Achievement award for contribution to football as club manager in Goa and Kolkata.

Legendary music director SD Burman came to watch football dressed in traditional white, wearing a shawl, remembers Kenkre FC founder, Adib Kenkre, a stalwart with Central Railway and Maharashtra as the playmaker. “There was a stand behind the Colaba-side goalpost for these VIPs who became a point of attraction for fans watching the

games. Agha was a Cooperage regular and in touch with the game. He knew most of the players and could never get my name right, he called me Kenkre,” he said.

Pran was one of the biggest patrons of city football, points out Kenkre. “Bombay Dynamos, his club, had the best players among whom Parab was the most famous across India. The Cooperage ground used to be packed with fans as well. Big names like Dilip Kumar were present at the big games, especially when Kolkata clubs came to play here. SD Burman and others came here from Kolkata, hence the football interest.”

Kenkre believes entertainment, film or sport, is interlinked. “Mumbai football or Indian football, names whose presence attracts attention to the sport, are welcome and such persons should be made to feel special,” said the latter, whose club runs football academies.

“There is more to football than the playing part.” The India striker said, “Dilip Kumar’s passing away is a big loss for the sport.”

Denial of responsibility! My droll is an automatic aggregator of the all world’s media. In each content, the hyperlink to the primary source is specified. All trademarks belong to their rightful owners, all materials to their authors. If you are the owner of the content and do not want us to publish your materials, please contact us by email – [email protected]. The content will be deleted within 24 hours.
bollywood stars at mumbai football tournamentsBombay Dynamos FCCooperage grounddilip kumar at bombay football clubsdilip kumar at mumbai football clubsdilip kumar at Rovers Cupmumbai football history
0
Share